Marc Skinner: Maya Le Tissier 'can be a real star of the future'

Marc Skinner insists that Maya Le Tissier – no relation to Matt – ‘can be a real star of the future’ after brace against Reading, with England call-up a possibility for talented youngster

All eyes were on the Lionesses in Leigh — and rightly so after their summer of scintillating success.

Ella Toone, Alessia Russo, Mary Earps and Nikita Parris all played for Manchester United in their WSL season opener against Reading on Saturday.

The early kick-off did nothing to shorten the pre-match queues in the car park as fans tried to get a glimpse of the stars. 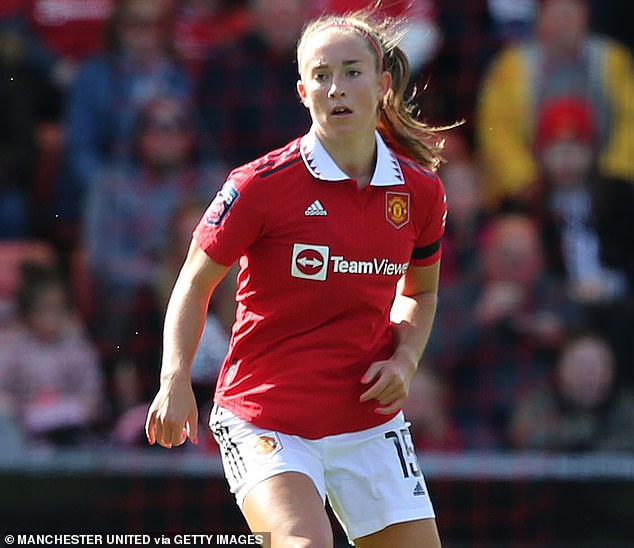 But instead it was the uncapped Maya Le Tissier who was the talk of the town after a memorable debut for Marc Skinner’s side in front of a record WSL crowd for the ground of just over 5,000.

Playing at centre half, keeping a clean sheet and scoring two goals. That’s quite the statement.

‘She’ll be a key part of what we do moving forward,’ said Skinner. ‘My job is to keep her being normal but she can be a real star in the future.’

Le Tissier signed a three-year deal with United in the summer after the club triggered a release clause of around £50,000 with a year remaining on her Brighton contract. 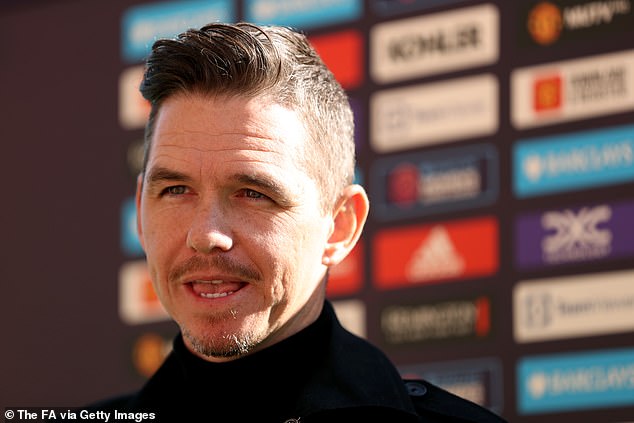 Though from Guernsey like Matt, Maya is no relation to the former Southampton striker, but the manner in which she took both her goals was reminiscent of the former Saint’s goalscoring prowess.

Her looping backheel volley from an early corner followed by a thumping header — as well as strikes from skipper Katie Zelem and Russo — secured the result before half-time.

It was an impressive display from a United side who have ambitions of securing European football by breaking into the top three, after finishing fourth three seasons in a row.

Le Tissier — who holds the record for most WSL appearances made by a teenager — added an extra dimension to United with her passing ability from the back. The 20-year-old is widely tipped as a future Lioness and Skinner was full of praise for his new signing. 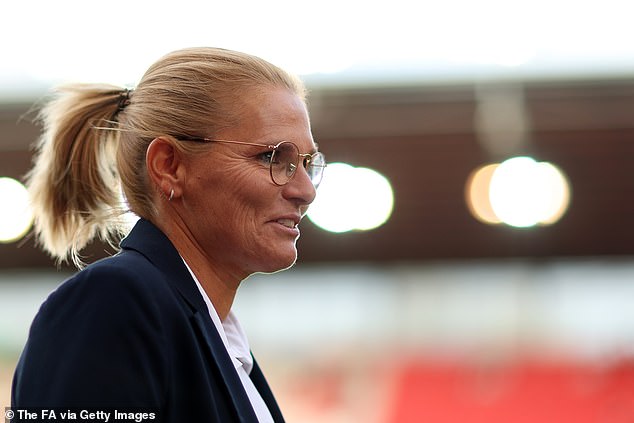 ‘Both finishes were really good and cultured,’ said the United manager.

‘In lots of moments today she was mature and aggressive when she needed to be. We’re not just going to get goals from her but solid performances from the back and progression with the ball.

‘She has forward-playing ability and can strike the ball really well. Her passing range is excellent. Her maturity and concentration, she has a lot of the tools.’

With a World Cup on the horizon and having progressed through the England junior ranks, that call-up from Sarina Wiegman can’t be far off.