JEFF POWELL: The two best fighters of their generation gave boxing what it BADLY needed… a definitive, unprotested result as Canelo Alvarez beat Gennady Golovkin by unanimous decision. A trilogy born in enmity has ended in mutual admiration

It wasn’t the Thrilla in Manilla, where Muhammad Ali settled their unholy trilogy when he thought he was dying just as Joe Frazier was retired when virtually blinded.

It wasn’t episode three of Tyson Fury versus Deontay Wilder, when the Gypsy King finally knocked the Bronze Bomber into the middle of next year.

But it was a fitting enough conclusion to a rivalry which was electrifying in its first two parts and honest enough in its unanimous decision to seal the matter without recrimination or regrets.

There was no Sin in this City on Saturday night. At least not in the T-Mobile Arena. 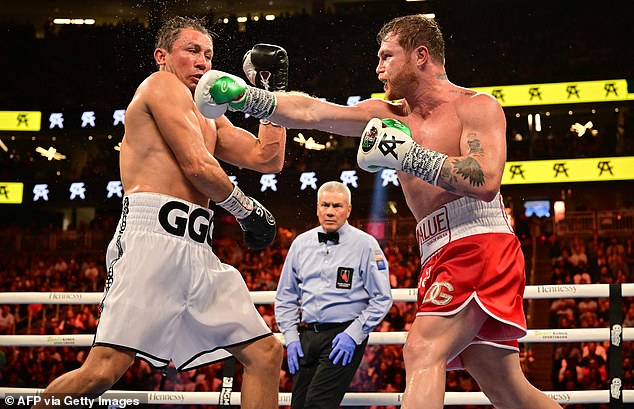 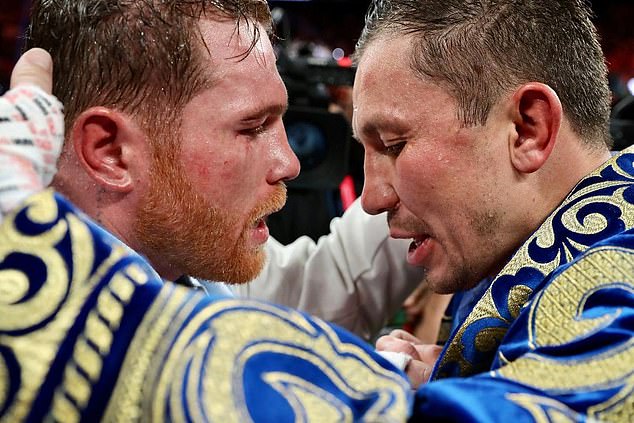 The third edition of the epic Canelo-Triple G series did not come fully alive until Gennady Golovkin found from somewhere in his 40-year-old body the strength and energy to give Saul Alvarez a fight and his adoring thousands of Mexico Independence weekend celebrants a fright.

A fight for the undisputed world super-middleweight title which Canelo appeared to have locked, stocked and barrelled by half time only to suddenly burst into a climax.

That near-resurrection of the Kazakh technician who looked to be growing old before our eyes in the earlier rounds made it close enough to turn my scorecard into a draw. But when it is that close there is no quibble from me with the two judges who voted 115-113 in favour of the virtual home town boy.. That made for a difference of only one round between us. The third official was a tad over the top at 116-112….but what the hell !

You have to love Canelo for the heart, the courage, the warrior spirit which kept him going the full distance with a left hand broken in the opening rounds. For his patriotic empathy with his people, who were having fits as the gap in the scoring closed but returned to frenzy when the verdict came down in what will be Margarita-ville for a few days yet. 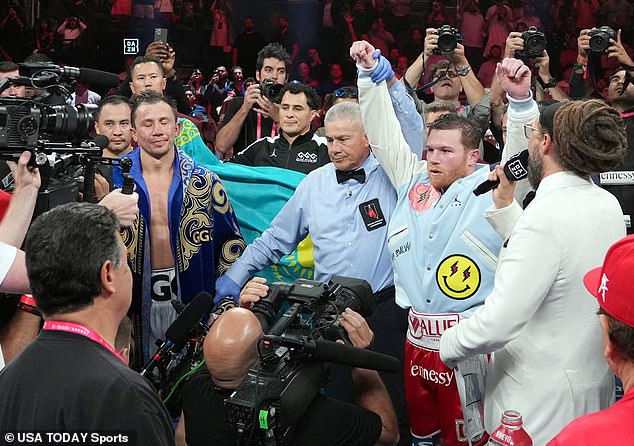 The two best fighters of their generation gave boxing what it badly needed after the controversies of the scoring of the first two fights as an improper win for Alvarez followed by an unlikely draw. A definitive, unprotested result.

Behind the technicalities of the cards there is a feeling that Canelo deserved to apply his exclamation point. Golovkin’s mistake was in starting slowly. At the end he did a little too little, too late.

But the effort enabled him to join in embrace with his younger adversary before their final farewells. To congratulate Alvarez and to exchange rich compliments as one great fighter to another.

The feel-good factor warmed us all. As had Canelo’s entrance to the Arena with fabled Mexican singer Alejandro Fernande walking alongside giving emotional rendition to patriotic songs with the accompaniment of several mariachi bands. 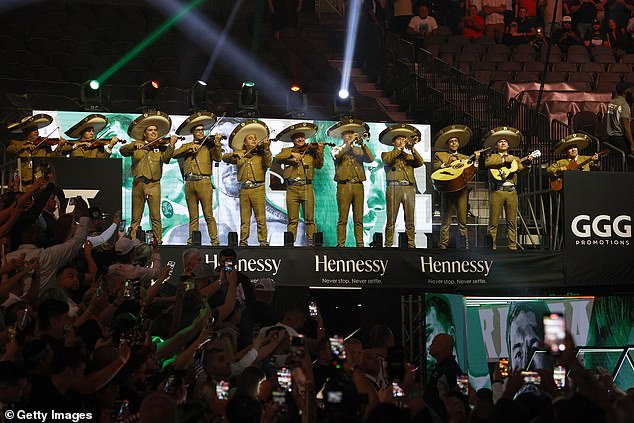 The fractured hand underlined to how hard he was hitting Golovkin and he would say: ‘I’m going to need surgery before I fight again.’ That he would like to be in a rematch with Dmitry Bivol, the unheralded Russia he took too lightly four months ago and proved also to be too big for him at light-heavyweight.

Whoever, the Canelo odyssey goes on to the sound of music. He says: ‘It was a privilege to share the ring with Triple G and I have more history to make.’ Whither Golovkin? Asked is this second defeat by Canelo spelled retirement he said: ‘I still feel good. I still feel strong. I have lost only twice, to one of the greatest fighters in the world and I am unhurt. And I am still the unified world middleweight champion.’ Going down in weight but still up for what he calls: ‘This dangerous game which can be very damaging.’

A trilogy born in enmity has ended in mutual admiration. For which we can all be truly thankful