‘Obviously that was not a penalty’: Sadio Mane claims he could have gone to HOSPITAL if he didn’t block the ball with his hands in Bayern Munich’s win over Inter Milan as he defends decision to protect his face in the box

Sadio Mane insists it was right not to penalise him for handball in Bayern Munich’s win over Inter Milan – arguing he could have ended up in hospital, had he not blocked the shot.

Bayern ran out 2-0 winners in Tuesday’s Champions League clash with Inter thanks to goals from Benjamin Pavard and Eric Maxim Choupo-Moting, having already topped Group C prior to their final outing.

Though before Pavard’s opener just after the half-hour mark, the visitors were controversially denied a penalty at the Allianz Arena when Mane appeared to handle the ball in the box. 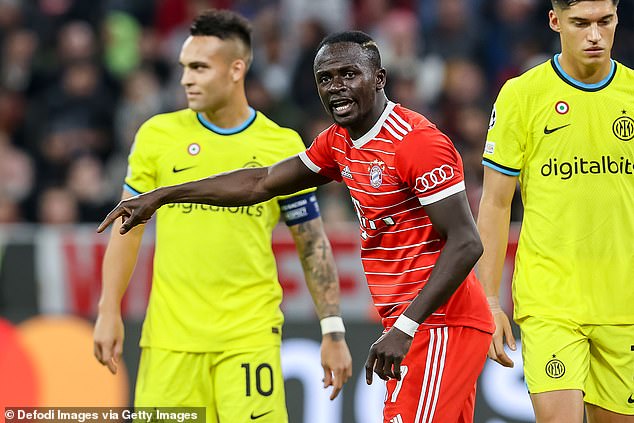 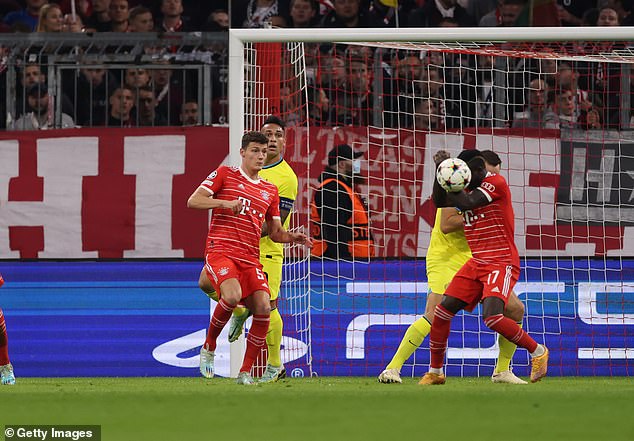 Mane avoided a penalty after blocking the ball with his hands, which he claims spared him a potential trip to the hospital, before Bayern went on to win the game 2-0

Inside the seventh minute, Kristjan Asllani whipped in a corner for Inter and the ball fell on the edge of the area to Nicolo Barella, who unleashed a fierce volley at goal.

Mane, while turning to protect himself, then blocked the ball with his hands in order to prevent it striking him in the face.

Referee Ivan Kruzliak did not award a penalty, however, and despite being urged to review the footage on his pitchside VAR monitor he stuck with his decision.

Fans were left divided over the penalty shout on social media, but Mane has leapt to his own defence by claiming he could have gone to hospital if he didn’t block the ball. 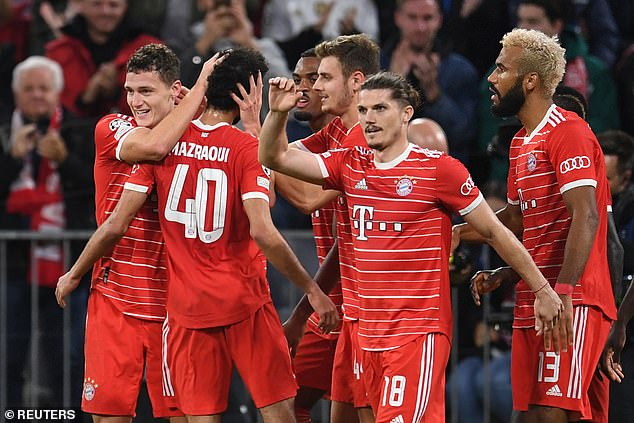 Bayern went on to claim a 2-0 win on the night, although it was somewhat of a dead rubber

‘If I hadn’t put my hands in front of my face, I could have gone to hospital,’ he told reporters. ‘Obviously that was not a penalty.’

Inter may well have felt aggrieved after Bayern went on to cruise to victory, although the result was not a crucial one given their second-place finish had already been confirmed in Group C.

Bayern head through to the Champions League knockout stages as group winners, meaning they will take on a runner-up in the last 16 of the competition.

That means Mane could well be drawn against former employers Liverpool, who finished second to Napoli in Group A.

‘Draw is draw, we will see on Monday,’ the former Reds forward said, via BILD journalist Heiko Niedderer. ‘But of course it would be a very special game for me.’