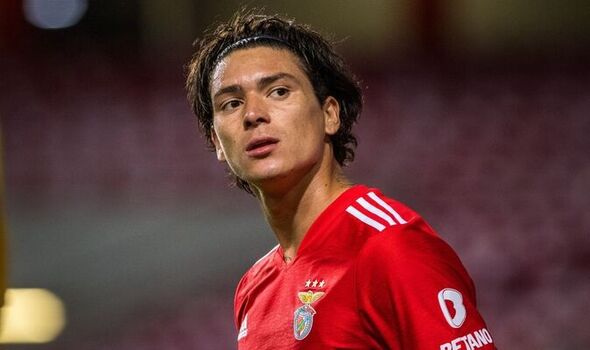 Manchester United are a club that provides itself on their identity and their passion, zeal and desire to win against all odds. That is after all, what makes them one of the biggest clubs in world football. But strip it back and this current United side is void of all the qualities and attributes that made them so great under Sir Alex Ferguson – it’s a soulless, confidence-strapped squad, starved of all ideas.

Erik ten Hag will need to inject some much-needed enthusiasm to help his players relight the fire from within. And while money is not always the answer, a handful of hungry and determined new recruits to drive the club to new heights certainly wouldn’t go amiss.

Ten Hag needs an injection of talent to build his new-look project around, players to accompany the likes of Cristiano Ronaldo and Bruno Fernandes, who have carried United throughout the entirety of this lifeless season.

And if there is one signing that never fails to lift a deplete and drained fanbase – it’s a marquee centre-forward.

The return of Ronaldo had United dreaming of the Premier League title last summer, particularly after he struck twice on his second debut for the club in the 4-1 drubbing of Newcastle.

But there’s now an appreciation that Ronaldo cannot do it all alone. He needs support in attack. However, scan the European market and top-bracket options at centre-forward are sparse. Dusan Vlahovic joined Juventus in January and Erling Haaland is now off to Manchester City with Harry Kane seemingly out of reach.

All roads and scoring charts now point towards Darwin Nunez, an unknown quantity to many prior to this season’s Champions League heroics.

Although recruitment staff and scouting networks will have been well aware of Nunez since his Almeria days, the Uruguayan international has really elevated his game to the next level this term with Benfica during his second season in Portugal.

He scored a brace and bullied Barcelona, headed the winner to eliminate Ten Hag’s Ajax before netting in both quarter-finals against Liverpool.

Not only that but the 22-year-old is the top scorer in this season’s Primeira Liga having fired 26 goals in 28 outings.

Nunez has rifled in 34 goals in 41 matches in all competitions this season, figures only bettered by the likes of Robert Lewandowski and Karim Benzema.

And that is the level he is currently aspiring to reach as he seeks to embark on the next chapter of his career.

Valued at close to £70million, there is no doubt that Nunez would represent somewhat of a gamble from United, who cannot afford to lose further ground on Manchester City and Liverpool.

That said, it’s a roll of the dice with exciting rewards. Nunez has South American superstar credentials, he’s a player that could simply explode at Old Trafford.

It’s a sexy, unconventional signing that would truly mark the start of an exciting new era. There’s something about the risk and unpredictability of it the deal that makes it even more compelling.

You only have to look at the impact of Luis Diaz at Liverpool since signing from Porto in January.

Nunez has already had the seal of approval from Edinson Cavani, who was been adored at Old Trafford despite such a limited contribution due to persistent injuries. And that should be enough for United.

Because Cavani was a role model to Nunez over the past decade and the prolific marksman prides himself on his work ethic and finding the target – just like El Matador.

The Benfica talisman is even easy on the eye with his slick bun, bulging biceps and sleeve of tattoos. Watch him play and he just looks like an elite striker in the making and so far, the signs would suggest he will be just that.

Furthermore, a whole host of Premier League clubs are queuing up to win the race for his services. Arsenal, Tottenham, Newcastle and West Ham are all in the running alongside Paris Saint-Germain and Atletico Madrid.

That should provide United with further incentive to close a deal, there is a reason why Nunez is so highly sought after.

If United are serious about leaving this season behind in their rearview mirror, they have to be brave and bold in the transfer market in order to redesign their underperforming, dull and flat squad. Nunez is the man to kickstart it all – providing Champions League football is not a necessity for him and his representatives…