Man Utd need to get over Ferguson exit – Javier Hernandez

Manchester United sporting director John Murtough has been seen boarding a flight to leave Turin following a meeting with Adrien Rabiot’s mother and agent. Murtough apparently met with Veronique Rabiot on Friday to discuss personal terms ahead of a transfer for the Frenchman. Murtough leaving Turin immediately after the meeting may be a hint that he has reached an agreement with the player’s mother over the salary he will take on at Old Trafford should he make the move.

Rabiot has been strongly linked with a move to the Red Devils, who are desperate to improve Erik ten Hag’s midfield options. United could soon ditch their pursuit of Frenkie de Jong after failing on a three-month assault for the Barcelona midfielder.

Murtough and the rest of the Old Trafford hierarchy have three weeks to acquire all of Ten Hag’s main targets. And the transfer chief was seen boarding a flight to leave Turin, Italy after meeting the mother and agent of Juventus star Rabiot. A video shared to social media shows Murtough getting out of a car and entering an airport.

It comes following reports from Fabrizio Romano that the 51-year-old had met with Veronique Rabiot. Veronique looks after her son’s interests and has met with United staff to discuss a possible transfer. The 27-year-old midfielder, who previously played for Paris Saint-Germain, is widely reported to be open to a move to England.

JUST IN: What Erik ten Hag has been working on this week to correct Man Utd 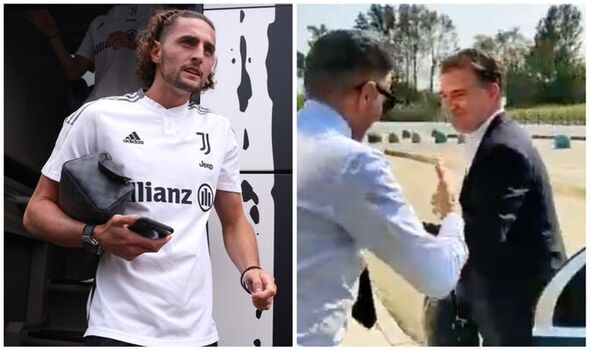 The meeting comes amid reports that Murtough is under pressure at United just months after being promoted into his new role. According to the Daily Telegraph, questions are starting to be asked of Murtough given the Premier League club’s approach to the transfer window.

Last season, interim head coach Ralf Rangnick predicted that United could need at least 10 new players in a major overhaul. But only three new stars have arrived at Old Trafford this summer in a disappointing few months.

Defenders Lisandro Martinez and Tyrell Malacia have joined the club, while they managed to attract free agent midfielder Christian Eriksen after his Brentford contract expired. Several other targets have either decided to stay at their clubs or have rejected United in favour of better proposals elsewhere. 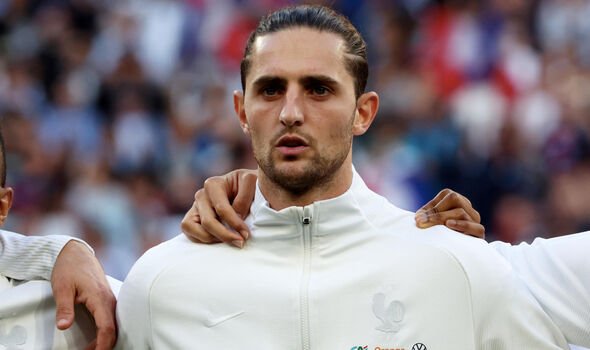 Midfielder De Jong remains the most high-profile target to stall on a move to United. Barca need to sell the Dutchman but he is waiting to be paid £17million in deferred wages.

De Jong is not entirely keen on joining United due to the absence of Champions League football. Chelsea, who are also interested, could instead lure the 25-year-old to Stamford Bridge.

United have also missed out on teenage attacker Benjamin Sesko, who has joined Red Bull Leipzig from RB Salzburg. The 19-year-old will join his former club on loan for the 2022-23 season.

Murtough has since moved on to other targets, with Rabiot widely expected to join in a bid to bolster Ten Hag’s midfield. However, they have since walked away from a move for former West Ham striker Marko Arnautovic after fans expressed their deep concern over a possible deal.