Manchester United have now agreed deals to sign Dutch pairing Frenkie de Jong and Tyrell Malacia, as Erik ten Hag’s first signings are nearing completion. But with the duo both away on holiday, medicals will have to wait which is delaying proceedings.

United travel to Bangkok on July 8 to begin pre-season training under Ten Hag, and the Dutchman is determined to have both deals completed before they jet off.

But both De Jong and Malacia are away on their holidays due to their involvement in Netherlands’ Nations League matches earlier this month, which means their break has been prolonged. Although agreements are in place, the deals can’t be completed until medicals have been assessed.

The medical process is expected to be efficient, and once they’re completed it’s unlikely that United will delay any announcement. And it seems as though United are ready for another Dutch revolution after Louis van Gaal brought in a number of players from the region between 2014-2016. 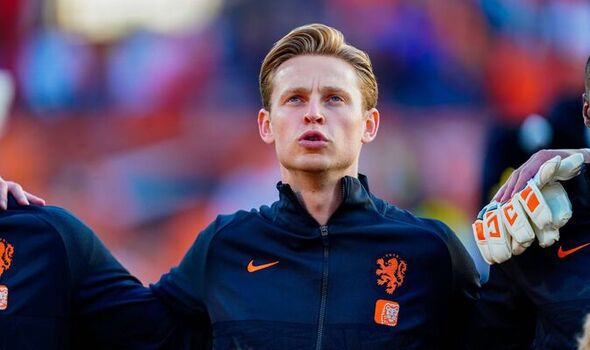 After weeks of back and forth, a deal worth £56.1million for De Jong is expected to be completed in the near future, after United finally convinced Barcelona into a sale. There are also add-ons included in the deal, which will be paid to Barcelona in installments.

And just when Ten Hag thought he had completed his first deal, another came calling as United look to have successfully hijacked Lyon’s deal for Feyenoord star Malacia. Terms had already been agreed with the French side, with a verbal agreement in place before United swooped in.

Malacia will cost United £12.9m after a fee was agreed on Tuesday, taking their total spend to £69m this summer. That leaves United £31m to pursue other targets, if the club are as strict on the proposed £100m budget that was initially reported. CEO Richard Arnold was already filmed admitting: ‘I’m not thrilled where we are. 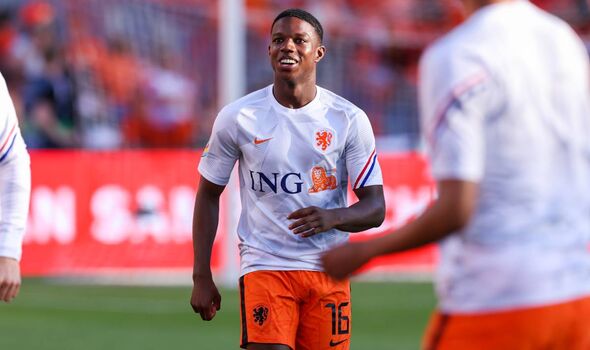 “It doesn’t sit easy with me and I worry how we get this sorted for the future. What’s happened is we have f***ing burned through cash.” Therefore, although still sizeable, Ten Hag’s summer spend will have to be limited to some degree.

But United are still chasing other targets, and will look to strike affordable deals elsewhere. They’re one of the clubs leading the race to sign Christian Eriksen on a free transfer, and they’re linked with moves for Ajax duo Antony and Lisandro Martinez.

But Ajax have bumped their prices up, demanding £69m for Antony, and a fee in the region of £40m will be needed to consider selling Martinez. After agreeing to sell Sebastien Haller, and allowing Ryan Gravenberch and Noussair Mazraoui to join Bayern Munich, they are not under any pressure to let more stars go.