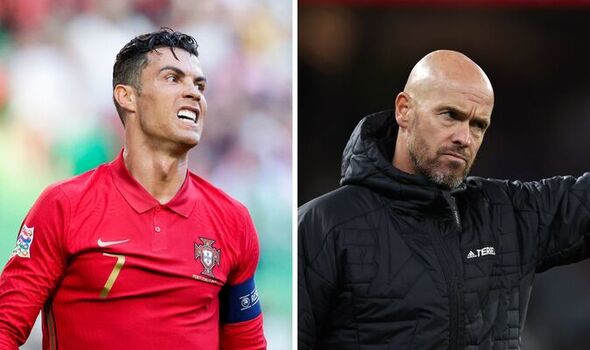 Manchester United are planning for the 2022/23 season with Cristiano Ronaldo at the club, despite his best efforts to escape in favour of Champions League football. But amid limited interest with just a week to go until the new campaign kicks off, a stay is looking more likely by the day as John Murtough continues to deem him not for sale.

Ronaldo returned to Carrington this week and has trained with Erik ten Hag’s squad for the first time this summer after Atletico Madrid, Bayern Munich, and Chelsea, among others, distanced themselves. Express Sport pinpoints four United names who could be worse off this term if the five-time Ballon d’Or winner sticks around for good…

After a year of uncertainty and squabbling over dressing politics due to Ronaldo’s arrival, Ten Hag came out with a strong stance in pre-season. Harry Maguire is his captain. Whether that was the outcome of a squad vote or solely his decision remains to be seen, but he has been called upon to be a leader in the Dutchman’s ranks.

Ronaldo staying at the club could throw his authority into doubt once again, though, which won’t do any favours to revive his best form. Maguire must stamp his leadership down early this season with improved form on the pitch and a bigger voice off it. If not this summer, the 37-year-old’s likely exit in 2023 will only help his case.

JUST IN: Man Utd and Chelsea could pounce and seal cut-price deals from PSG 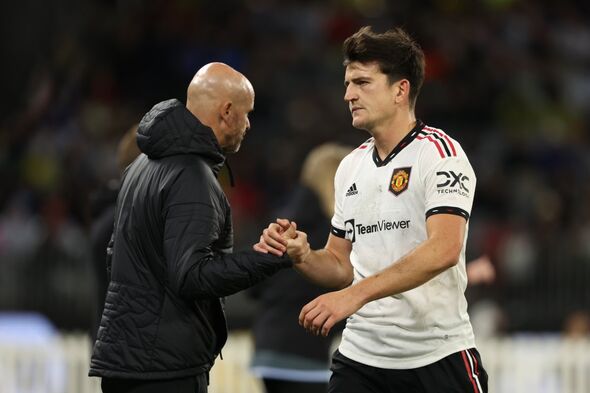 If Ronaldo departs, Ten Hag will only have four senior forwards: Marcus Rashford, Anthony Martial, Jadon Sancho and Anthony Elanga. If that remains and United don’t make an attacking addition, Alejandro Garnacho could be in line for an increased role this season outside of the cup competitions and Europa League.

But Ronaldo’s stay alone would drastically reduce the exciting teenager’s chance for minutes, given Anthony Martial would be the other striker and become added competition on the wing if he wasn’t the established number nine.

Martial himself could suffer more than any other player if Ronaldo delays his exit until next year. After such an impressive pre-season tour, in which he scored three goals in 180 minutes across four games, the Frenchman has gone from certain to be sold to an expected starter against Brighton.

But Ronaldo staying put would place that role into doubt, despite the Portuguese star’s reported willingness to accept a less prominent role given his age and United’s hectic 22/23 schedule. His departure and the arrival of a young striker to cover and compete with Martial would be the best outcome for all. 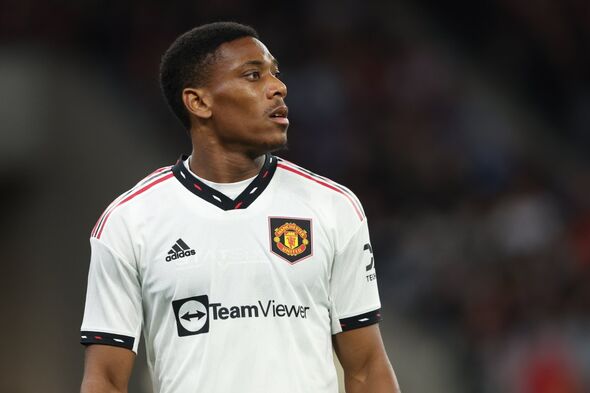 Ten Hag’s public stance has remained that Ronaldo is in his plans for his maiden season as manager and will play an important role – as he always will wherever he’s stationed. But the Portuguese icon could spark more problems than solutions on and off the pitch, especially after United’s scintillating attacking performances on tour. His current efforts to engineer an exit wouldn’t have exactly benefitted preparations for the new campaign.

The aforementioned trio are just a few of a selection of players, specifically attackers, who could suffer from Ronaldo staying and the changes to Ten Hag’s style to accommodate his presence. It feels like a clean slate under the Dutchman, so based solely on football reasons, it’s not outrageous to suggest United will be better off by offloading their £500,000-per-week headline star.