Manchester City will reignite their interest in Sevilla defender Jules Kounde this summer, according to reports. Pep Guardiola remains keen on signing the Frenchman and will rival Manchester United for the player despite City’s strong defensive depth.

The Premier League champions had an offer for Kounde rejected last year before signing Ruben Dias from Benfica.

Guardiola even spoke to Kounde ahead of a possible move.

Instead, Dias arrived at the Etihad Stadium in a £60million deal and was crucial to City’s early turnaround.

They were 10th following a 2-0 defeat to Tottenham after the November international break but won 17 of their next 19 top-flight fixtures to climb to the top of the division. 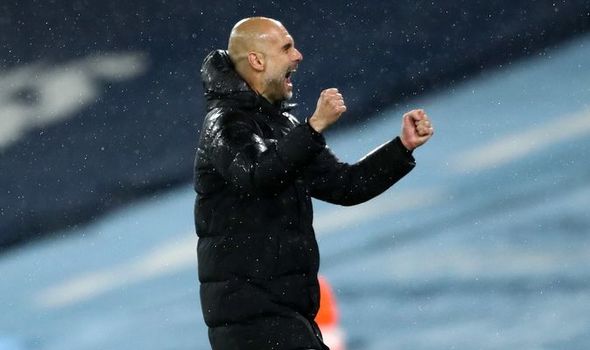 Guardiola’s side had their title confirmed with three matches to spare and hold a 12-point lead over rivals Manchester United going into the final round of games on Sunday.

It is their third Premier League title in four years under Guardiola, and their fourth since they won the competition in 2012.

Dias has been key. The 24-year-old has played 48 times in all competitions, with City also soon to play in their first Champions League on May 29.

The Portuguese centre-back has formed solid pairings with both John Stones and Aymeric Laporte. City have won the league with the best defensive record, conceding 32 times so far.

DON’T MISS:
Harry Kane comments cast doubt on playing for Ole Gunnar Solskjaer
Kane says it would be a ‘dream’ to play alongside Manchester City star
Ian Wright talks up Harry Kane swap as Man Utd ‘looks like the place’

But that has not prevented them from wanting another defender this summer.

Kounde has revealed that he had spoken to Guardiola about a move.

“Yes, I spoke with Pep Guardiola. He had him on the telephone,” he told Canal Football Club in November. 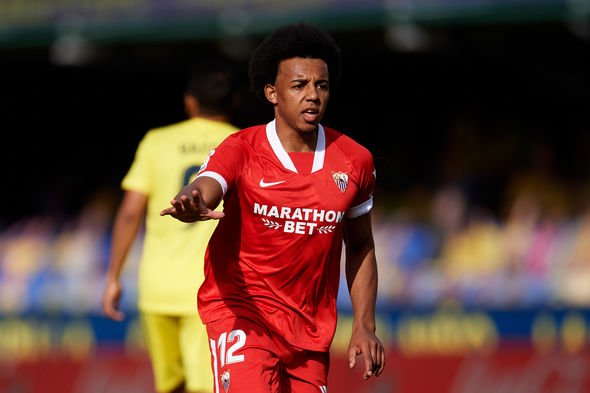 “We spoke in Spanish. Everything went well. I was interested in going there and I had guarantees that I would play. But it didn’t happen.”

Man Utd and Paris-Saint Germain are also credited with being keen. The latter have missed out on signing Dayot Upamecano, who instead will join Bayern Munich from RB Leipzig on July 1.

Meanwhile, United are desperate to upgrade on a defensive partner for Harry Maguire. Victor Lindelof and Eric Bailly have been unconvincing.

But interest from elsewhere will not stop City going back in for Kounde. The 22-year-old has been called up to the France squad for Euro 2020 despite being uncapped at senior level.

Kounde has played 88 times for Sevilla since arriving from Bordeaux for £21m in 2019. He had previously played for Les Bleus at under-20 and under-21 level.

The same report claims that United have already made an enquiry but have been told to pay £56m.

City or United paying such a fee may scupper a move for Harry Kane this summer. The England captain wants out of Tottenham, believing that he has a gentleman’s agreement to depart after having advances by City knocked back last summer.

The Manchester rivals, Chelsea and PSG are believed to be four of very few clubs who can afford Kane this year due to the financial difficulties thrust upon football by the Coronavirus restrictions.

Spurs chairman Daniel Levy is reportedly unwilling to sell to an English rival but may be tempted by an offer that exceeds £150m.
Source: Read Full Article