Hollie Doyle blog: Glen Shiel raring to go at The Curragh and True Self could spring Gold Cup surprise

The new Flat season promises to be my most exciting so far, so I’m delighted to be sharing my journey with you in my exclusive new blog.

I’ll be running the rule over my weekend rides and my best chances at our fantastic festivals this summer, as well as sharing my own thoughts on the star performers in all the big races.

Today, I’m looking ahead to racing at The Curragh this weekend – weather permitting…

It’s seven months since GLEN SHIEL gave me my greatest day in the saddle in the Champions Sprint at Ascot and – weather permitting – the long wait to ride him in a race again is finally over. 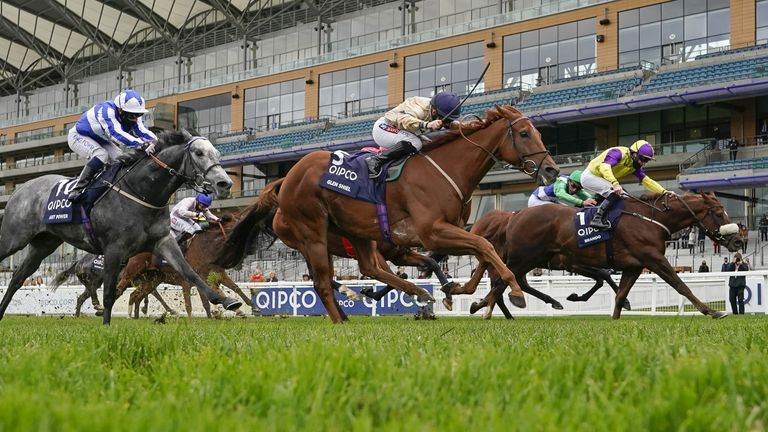 Glen is due to re-appear in the Group 2 Weatherbys Ireland Greenlands Stakes (2.45) at The Curragh on Saturday, as long as the track passes a precautionary inspection following a deluge of rain.

If it does, the ground’s going to be testing to say the least, but that won’t worry Glen. He loves to get his toe in and I don’t think Archie (Watson) could have him any fitter for his comeback run. He’s delighted with him.

There’s no doubt he’s the best horse in the race. The other English runners Royal Commando and Summerghand arrive in good form but both have quite a bit of improvement to find on official figures to beat us, even with our penalty.

The leading home fancy Sonaiyla was only just behind him in the Phoenix Stakes last year. Oisin Orr got Glen’s nose in front in the final strides that day but she was well behind us in softer ground on Champions Day.

Since then, Glen has come on massively. He’s really toned up and feels like a proper sprinter now. He doesn’t do a tap in his work at home but he’s happy in the string and everything about him feels excellent.

I can just point and shoot from my draw in stall eight and though it won’t be the end of the world if he doesn’t win, it would be great to think we could go back to Ascot next month for the Diamond Jubilee with the confidence booster of another Group victory behind us. 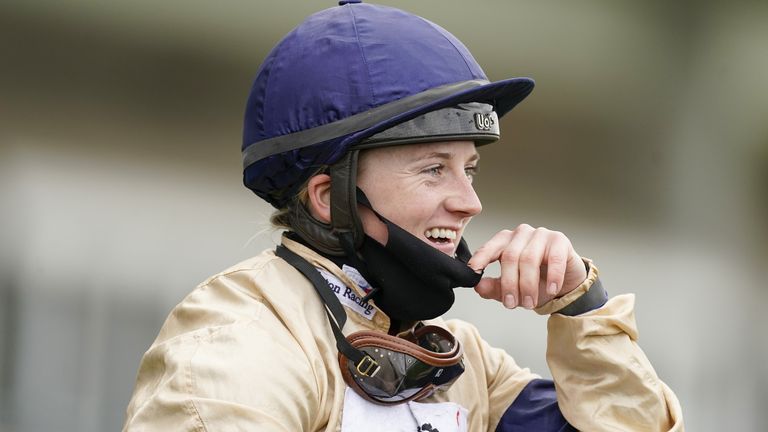 Garvan Donnelly’s Dha Leath is still a maiden but hasn’t had a lot of racing and did run well in heavy ground at Listowel last year. I’m hoping she might be well handicapped.

Tresorier has a course and distance win to his name and is proven in heavy ground. He likes to be waited with so I might need a bit of luck but he, too, is on a fair mark and should be sharper for his re-appearance run for John Feane earlier this month.

Like Glen Shiel, TRUE SELF provided me with one of my most special moments on a racecourse when she got up to win the valuable Neom Turf Cup in Riyadh in February so it’s going to be a thrill to get back on her in the Group 1 Tattersalls Gold Cup (2.40) at The Curragh on Sunday.

Willie Mullins offered me the ride on her a few weeks ago when the decision was made to target this race but I couldn’t commit at the time as my boss Imad Alsagar’s Extra Elusive was among the entries.

He has other objectives so it’s nice to be able to keep the partnership intact. It’s a big ask but I’ve got a strong feeling this mare isn’t fully exposed and she will absolutely love the deep ground.

Aidan O’Brien’s Broome is highly progressive and looks the one to beat after winning so impressively in yielding ground in Group 2 company over this course and distance a few weeks ago.

I’m expecting his Derby winner Serpentine to put the pace to the race, though. A good strong tempo will play to my mare’s strengths as she’s a proven stayer, so I’m hoping for the best.

Eyecatching Vega is my Guineas pick

Wembley was a huge disappointment in the QIPCO 2,000 Guineas but don’t be surprised to see him put the record straight in the Irish equivalent on Saturday.

Aidan O’Brien’s colt will probably enjoy the softer ground in the Tattersalls Irish 2,000 Guineas (3.20) at The Curragh, where he finished second in last season’s Group 1 Vincent O’Brien National Stakes.

LUCKY VEGA has what it takes to run a big race, too. The way he toughed it out to be third in the English Guineas was eye-catching, finishing his race off really well, and I’d love to see him win it for Jessie Harrington and Shane Foley.

I’m also expecting Godolphin’s La Barrosa to show up well if he handles the ground. Charlie Appleby’s colt made a fight of it behind Master Of The Sea in the Craven Stakes and that form was franked when his stablemate went close in the Guineas.

Rooting for Rover in Fillies’ Classic

It’s very exciting for the Nick Bradley Racing syndicate to have such a strong contender for Sunday’s Tattersalls Irish 1,000 Guineas (3.15) at The Curragh with FEV ROVER.

Richard Fahey’s filly proved her class by finishing third in the English version and everything points to her giving Paul Hanagan a great ride.

Remember her Group 2 win in France last year came in ground described as ‘very soft’, and she also ran well in Group 1 company in heavy ground at Longchamp, so should cope with the conditions better than most.

Fillies’ Mile winner Pretty Gorgeous, who has form at the track, makes her eagerly-awaited re-appearance and should give Shane Crosse another great ride, but hopefully Fev Rover will have that vital edge.