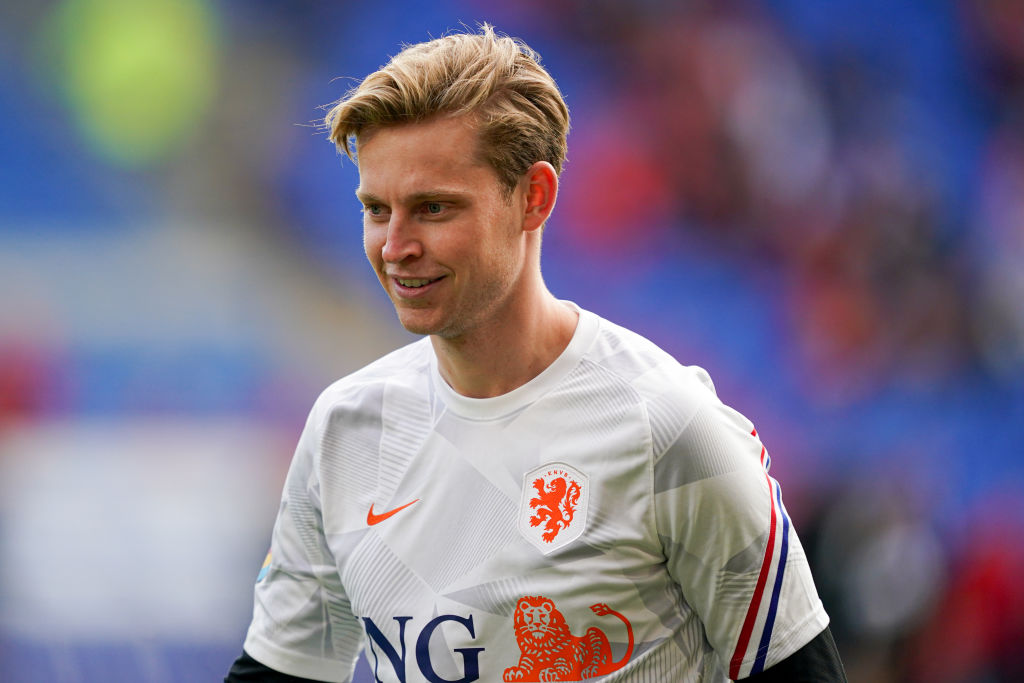 Manchester United have taken a major step forward in their efforts to sign Frenkie de Jong and may be indirectly weakening one of their main rivals in the process.

The Netherlands international was initially said to be reluctant to move to the Premier League giants, but the presence of his former Ajax manager Erik ten Hag, who was appointed last month, has been a major factor in his change of stance.

United made an opening bid of €60m plus €10m add-ons on Friday and although that was rejected out of hand, talks between the two clubs are set to continue next week.

Barcelona’s vulnerable financial position means they are likely to reluctantly agree to a sale, but are already lining up a potential replacement in the form of Manchester City star Bernardo Silva.

The Portugal international was heavily linked with a move to Barcelona last summer amid his desire to play in La Liga.

Convinced by Pep Guardiola to remain for another year, Silva played an influential role in his side’s fourth Premier League title triumph in the space of five seasons.

The former Monaco midfielder is currently on international duty with Portugal and revealed he will look to resolve his future in the summer.

He said: ‘Unfortunately I can’t say anything. I am focused on the national team. When the season ends, we will see what happens.’

Guardiola, meanwhile, has already addressed fresh speculation linking the 27-year-old with Barcelona, saying:  ‘(A move) that will be very hard.’

Barcelona have also been linked with Wolves’ midfielder and Silva’s international teammate, Ruben Neves, while they remain hopeful of securing a deal to sign Robert Lewandowski after they missed out on Erling Haaland, who joined City.