‘It was impossible for me to say no’: Luis Suarez confirms he has agreed to join Nacional… with former Liverpool and Barcelona star returning to Uruguayan side 16 years after beginning trophy-laden European club career

Luis Suarez has confirmed he has reached an agreement to make a sensational return to former club Nacional in Uruguay.

The former Liverpool and Barcelona striker was a free agent after he left LaLiga side Atletico Madrid in the summer.

The 35-year-old first joined Nacional as a 14-year-old and came through the ranks at the Uruguayan club before making his first-team bow in 2005. 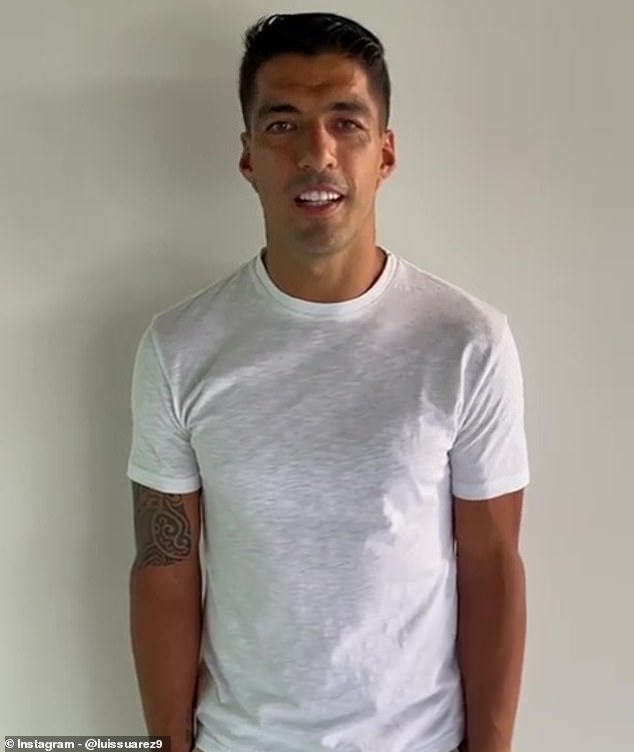 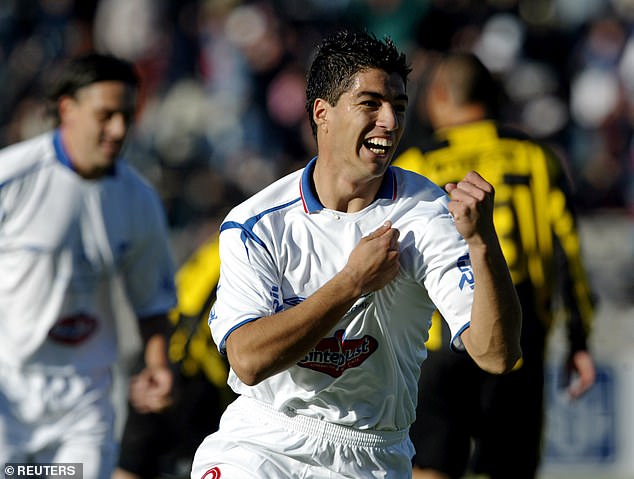 But after just 35 appearances he was picked up by Groningen in 2006, a move which would be the start of a 16-year European club career.

Now, after winning five La Liga titles and the Champions League in Europe, Suarez has confirmed he is heading back to his home country .

In a post on Instagram, Suarez said: ‘I’ve now reached a pre-agreement in order to join Nacional. It was impossible for me to say no to this opportunity.

‘I hope final details will be resolved soon in order to complete the deal officially.’ 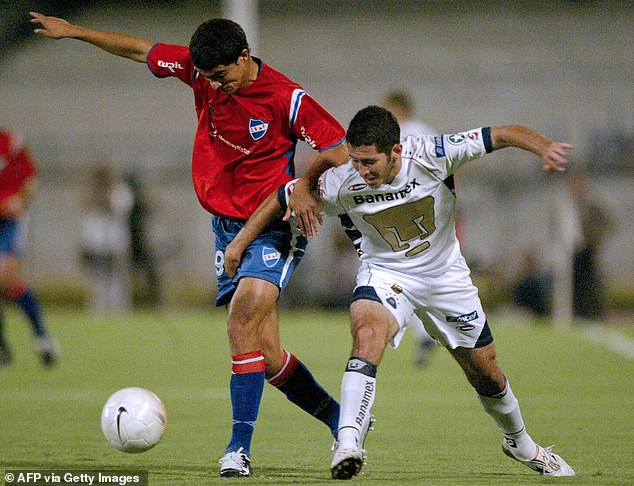 It draws an end to uncertainty over his future which began in May when his departure from the Civitas Metropolitano was announced.

He has been linked with a whole host of clubs, including Aston Villa, Atalanta, Ajax, River Plate, and most recently Borussia Dortmund

Speaking as recently as earlier this month, Suarez discussed a return to South America with Argentina side River Plate.

‘I was very excited about the possibility of going to River Plate to fight to win the Copa Libertadores,’ Suarez said. ‘It was a dream that I had to win a cup in South America. However, as soon as River were eliminated that possibility is over.

‘A month and a half ago I declared that I was not going to leave Europe, but River insisted and insisted so much that I came to consider that possibility. As much as one says something, when the time comes you will consider it. 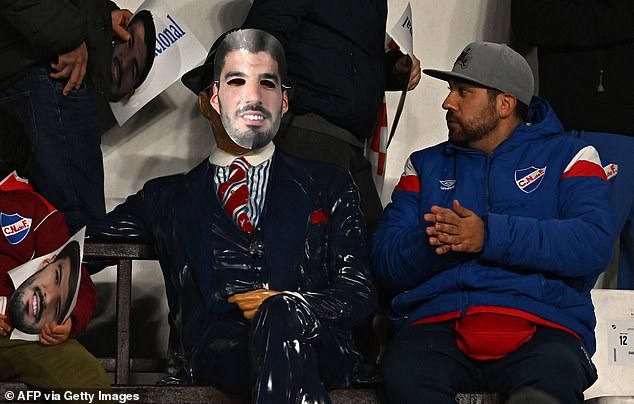 ‘You are excited that they love you so much. A player needs to see affection. River was giving it to me and Nacional could have tried that.’

Nacional fans have been anticipating a move back for Suarez over the past week, and showed their excitement by wearing face masks of the forward as well as holding up ‘#SuarezANacional’ (Suarez to Nacional) signs.

Suarez has one just the Uruguayan title in South America and will now hope to lead the 48-time Uruguayan champions to further silverware after a trophy-laden stint in Europe. 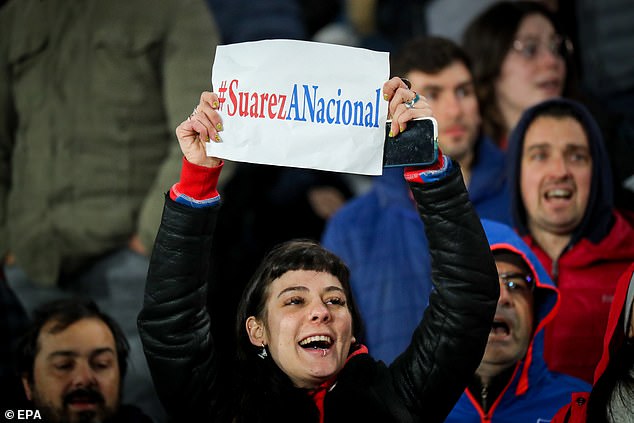 After scoring 12 goals for Nacional, he moved to Groningen a year before sealing a transfer to Dutch giants Ajax.

He won the Eredivisie once at the Johan Cryuff Arena before he caught the eye of Liverpool, who he joined in 2011 before going on to score 82 goals in 133 appearances across all competitions for the Anfield side.

He would only win the League Cup with Liverpool, but trophies came in abundance once he sealed a move to Barcelona in 2014, where he won four of his five LaLiga titles and the 2015 Champions League.

After six season at Camp Nou in which he scored 198 goals, he joined LaLiga rivals Atletico Madrid, where he won the Spanish league for the final time in 2020-21 under Diego Simeone. 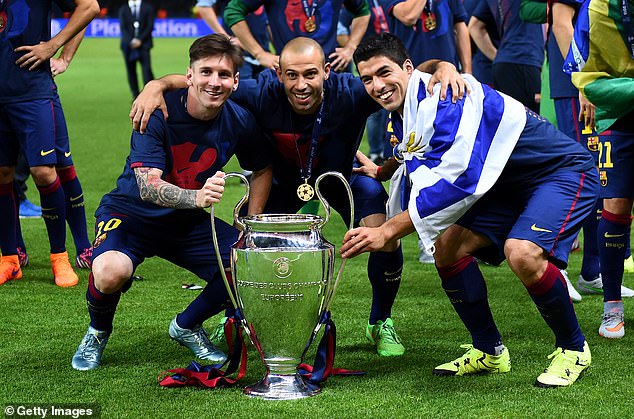 Suarez had a trophy-laden career in Europe, winning the 2015 Champions League with Barcelona 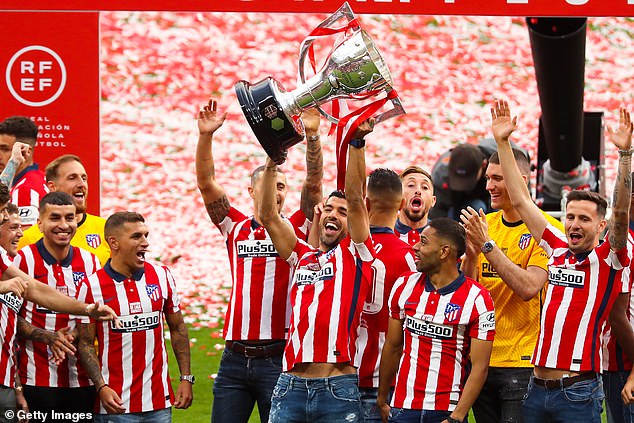