Lyon and Brazil star Lucas Paqueta to undergo surgery after cutting his hand in a freak accident while flying a KITE, as he warns ‘children’s games also have consequences’

Lyon midfielder Lucas Paqueta will undergo minor surgery on his hand after cutting himself while flying a kite.

The 24-year-old tweeted a picture of his hand wrapped in bandages with the caption: ‘Remembering children’s games also have consequences. I went to fly a kite today and cut my finger.

‘Everything is fine, but to avoid any movement problems in the future, I will have a minor surgery tomorrow. But it’s okay. Put it on high and cut me.’ 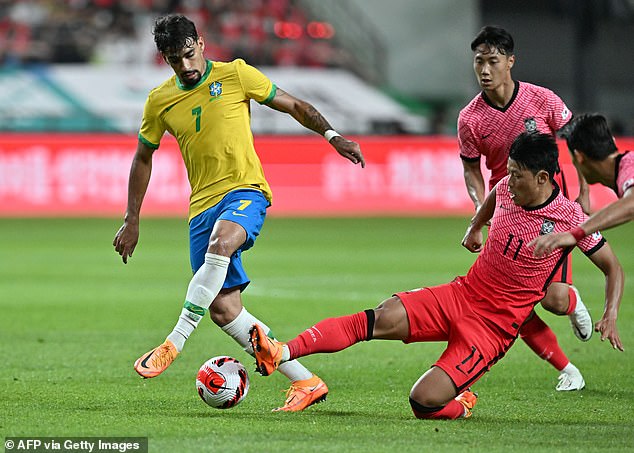 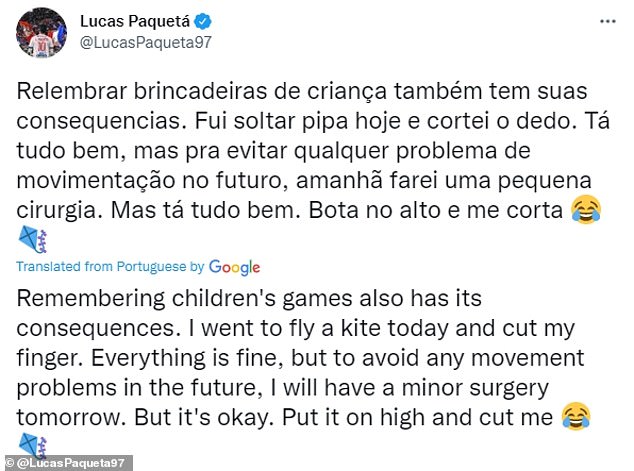 This is not the first instance of a footballer injuring himself in bizarre fashion.

David Beckham famously emerged with a cut above his eye after Manchester United were knocked out of the FA Cup be Arsenal in 2003.

He picked up the injury when Sir Alex Ferguson kicked a boot across the changing room in annoyance at the result.

Speaking to the Metro years later, United defender Mikael Silvestre said Ferguson ‘often threw things in the dressing room’, but that he ‘but he wasn’t intending to injure Beckham’. 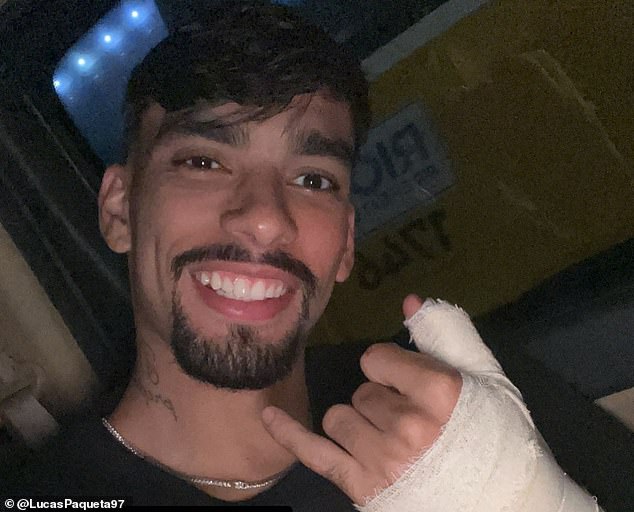 Another freak incident came in 2006, when Bayern Munich goalkeeper Oliver Kahn was forced to miss a game against Arminia after picking up a black eye in the warm-up.

Bayern’s back up keeper Michael Rensing was firing practice shots at Kahn when one caught the Bundesliga legend square in the eye. The swelling forced him to sit out the game.

Rensing stepped in for the player he had just injured, and duly kept a clean sheet as Bayern won 2-0.