‘We are f***ed’: Distraught Liverpool fans claim their season is ‘OVER’ after they are drawn against Real Madrid in the Champions League last-16 in a repeat of last season’s final that saw Carlo Ancelotti’s side triumph in Paris

Liverpool fans are fearing the worst after they were paired with Real Madrid in the Champions League last-16 draw.

Jurgen Klopp’s side were beaten 1-0 by Real in the final in Paris last season, with Vinicius Junior scoring the only goal of the game.

The Reds have struggled for consistency in the league and now face a tough task if they are to progress in Europe. 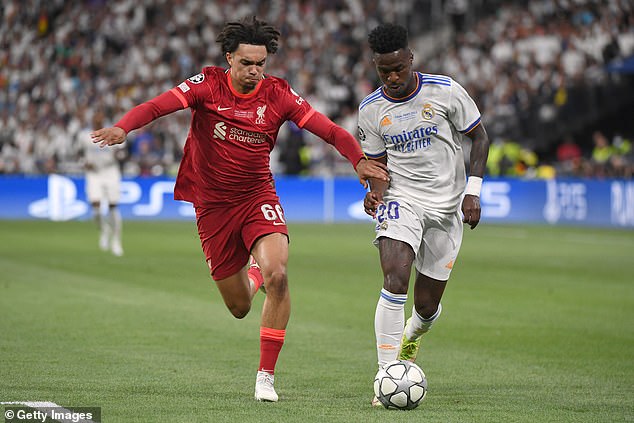 One fan wrote: ‘season over’. 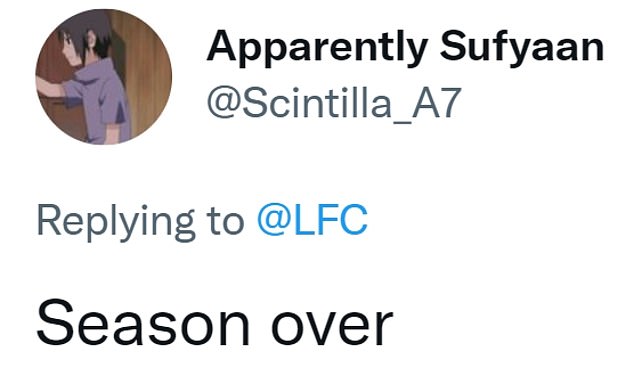 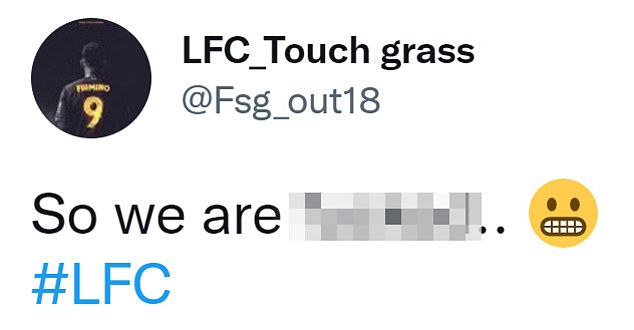 Another added that they are ‘getting flashbacks’ from last season. 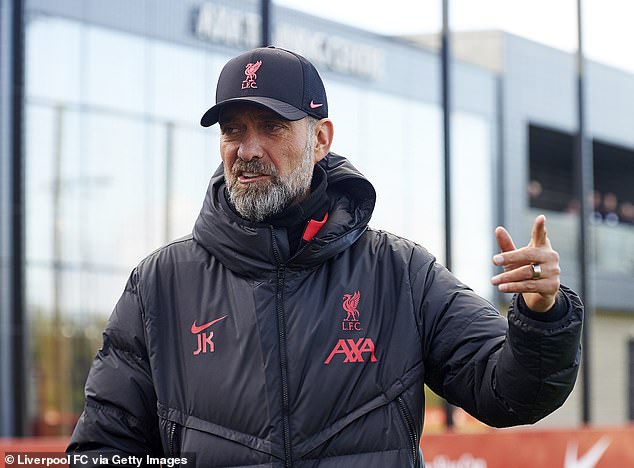 One fan wrote that it is ‘season over’ for Jurgen Klopp’s side, who have lacked consistency in the league

One fan wrote: ‘It was fun while it lasted lads’. 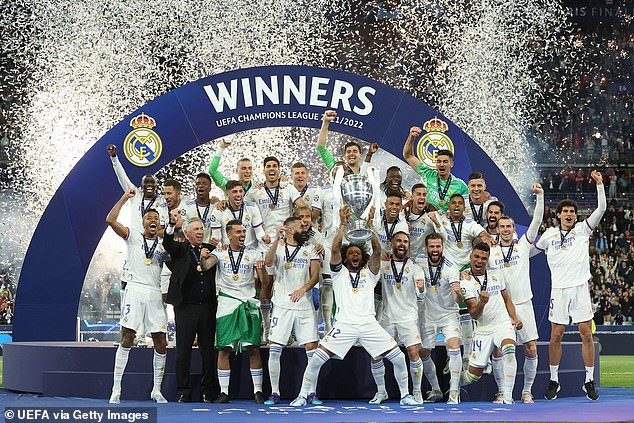 Meanwhile, another wrote: ‘just when I thought it couldn’t get any worse’, accompanied by a clip of Klopp laughing.

One Twitter user, a Chelsea fan, suggested that Trent Alexander-Arnold will struggle against Real.

They wrote: ‘Trent getting owned’.