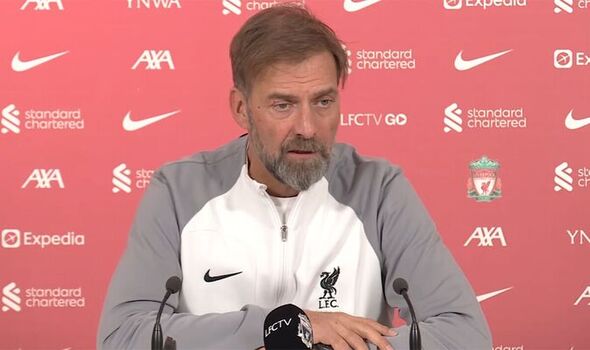 Liverpool boss Jurgen Klopp has revealed Jordan Henderson is fit to play Tottenham on Sunday. However, James Milner will miss the match with concussion.

Henderson missed the 2-0 Champions League win over Napoli on Tuesday with a minor issue. However, he is back available for the trip to north London.

But the Reds will be without Milner against Antonio Conte’s side. He suffered a blow to his head which drew blood late in the first half in midweek.

The former England international reemerged after half-time but shortly signalled to the bench that he had to come off. Speaking at his press conference, Klopp gave an update on both players.

He said: “Henderson is available. Trained yesterday as normal. He had a little thing but serious enough not to be involved on Tuesday.

“You answered the question pretty much yourself [about Milner]. When you go through the concussion protocol, you are not available for the next game because you have to go through different stages.

“He’s fine but still that’s how it is and rightly so, you have to go through different stages. He is available for non-contact training on Monday and full contact training on Tuesday if everything goes well until then. That’s what we expect because he was already good yesterday.”

Clubs have taken some criticism of late for not substituting their players sooner after blows to the head. Aston Villa goalkeeper Emiliano Martinez and Tottenham star Son Heung-min have both suffered issues in the last week.

Klopp says Liverpool take the protocol seriously and insists football has come a long way from how he remembers. He said: “It’s difficult, you need two sources, the doctor and the patient.

“It was clear. In the dressing room, I spoke to him and he was 100 per cent okay, but then coming out into the floodlights, he realised and we took him off obviously.

“We really take the concussion protocol seriously. Everybody and Millie knew that and that’s it.

“It’s a high performance sport, surrounded by up to 100,000 people. It’s hard enough to do it in a close environment in a medical practice. If a player is dizzy or a doctor has a feeling they are not right, they are off straight away.