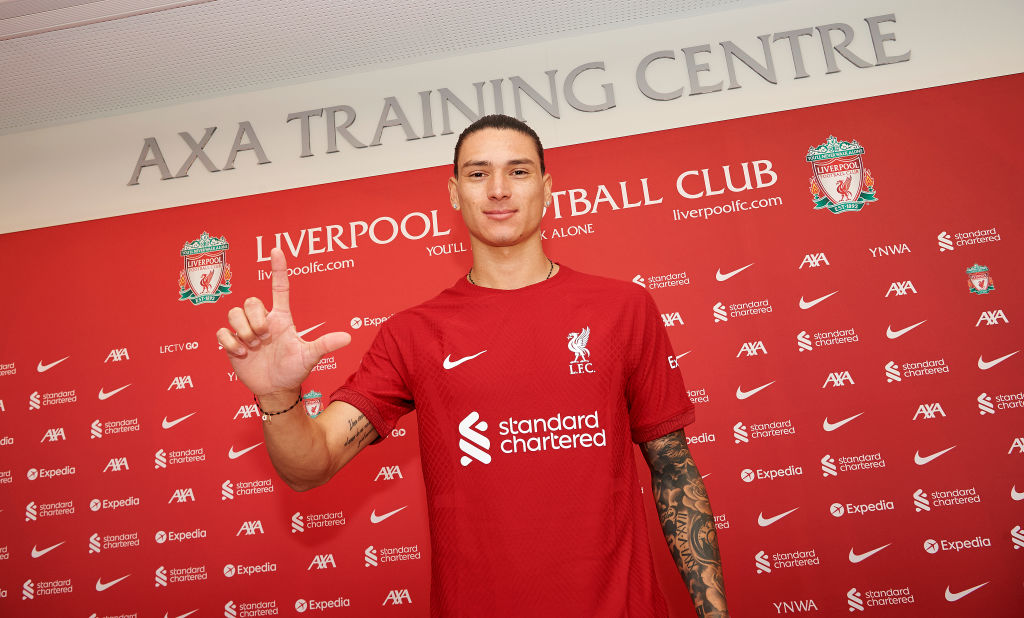 Darwin Nunez’s move to Liverpool from Benfica is a ‘gamble’ much like Chelsea’s decision to sign Romelu Lukaku and Timo Werner, former Reds striker Robbie Fowler has warned.

Jurgen Klopp has spent big money on bringing Uruguay international forward Nunez to Anfield in a deal initially worth £64m which could rise to a club-record £85m in add-ons.

Nunez scored 34 goals in 41 appearances last season – and while Fowler said he is a ‘sensible’ signing for Liverpool as Sadio Mane nears a move to Bayern Munich and Roberto Firmino enters the final year of his contract – he added that the 22-year-old is still ‘raw’ due to his lack of experience.

‘To me, it seems like a sensible plan to replace Sadio Mane with [Nunez],’ Fowler told the Daily Mirror. ‘Of course, it’s a gamble, because any striker coming into the Premier League is a gamble.

‘You only have to look at Timo Werner going to Chelsea, as a goalscorer with an incredible record in Germany, but failing to hit the game number.

‘Hell, even Romelu Lukaku was a gamble for Chelsea, and he’d spent half his life in the Premier League.’

Things have not worked out for Lukaku since his £97.5m move back to Chelsea last summer, with the Belgium international striker scoring just 15 goals in 44 games across all competitions in 2021-22.

The west London club have now opened talks with Inter Milan over a deal for Lukaku with Blues boss Thomas Tuchel giving the green light for the 29-year-old to leave Stamford Bridge and return to Italy.

Liverpool will be hoping that Nunez does not suffer a similar fate to Lukaku and Fowler feels that the Uruguayan’s record in ‘big games’ could be an indicator that he has a bright future in England.

‘What I will say about Nunez is he’s scored goals in big games, scored in the Champions League, scored against Barcelona, Bayern Munich and Liverpool, the best teams and the best defences,’ he added.

‘Even though he’s raw, there is clearly goalscoring quality within his play. To me, that is what Liverpool need. They’ve been brilliant this past year, unbelievable. But you look at the biggest games and they didn’t always have that goalscoring edge.

‘The Champions League final against [Real] Madrid was a game they should have won but didn’t because of missed chances. Nunez could eventually be that striker to convert those chances.’