Nunez trains with Liverpool ahead of Crystal Palace friendly

Liverpool boss Jurgen Klopp has urged fans to ‘delete’ from their minds the £85million fee the Reds paid for Darwin Nunez after the Uruguayan came in for criticism after his maiden pre-season outing. Nunez played the final 30 minutes of Liverpool’s 4-0 thumping by Premier League rivals Manchester United in Bangkok.

Some fans were concerned when Nunez missed a glorious chance to bag a consolation goal towards the end of the game. Mohamed Salah’s shot rebounded off the post, falling quickly to the feet of Nunez, who fired well over the crossbar under pressure from Eric Bailly.

But Klopp has no concerns about the 23-year-old, who was signed from Benfica. The German has told fans to forget about the transfer fee and urged for patience while Nunez reaches his potential.

“I am completely convinced about his potential but new players need time and get time. All Liverpool fans on the planet are the first ones who should just delete the fee we paid [from their minds]. Just delete it. It’s unimportant,” Klopp told journalists in Singapore. 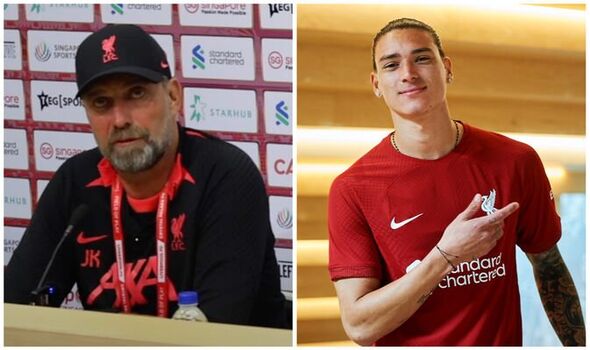 “Now it’s a boy from us. Now we do absolutely everything to not only see the things we saw from him at Benfica, no. From now we go – this is just the base.

“I know with strikers it can be like this – they miss a chance and then people get nervous and say, ‘oh my god, he missed a chance!’. I promise, it will not be the last. All strikers in the world, they will miss chances. 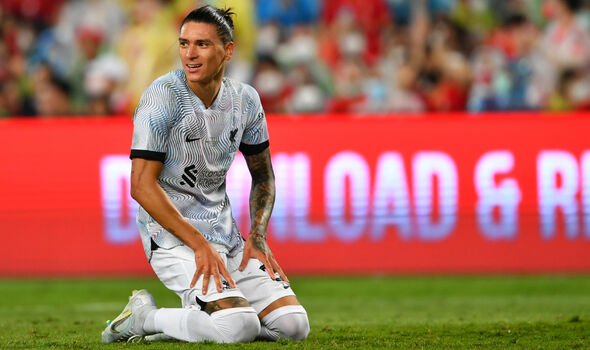 “It’s having chances that is good, and from there we go. I know it’s sometimes a game from fans of other clubs, it might be to do with him [nearly] signing for Manchester United. We cannot take that seriously.

“With half of a football brain, you do not doubt the potential of Darwin Nunez. We have to help him so he can fulfil that as soon as possible.”

Nunez became a top target for Liverpool after scoring 34 goals in all competitions for Benfica last season. He scored in both legs of the Champions League quarter-final between his new club and former side. The ex-Almeria star gave Virgil van Dijk a tough time.

Liverpool could hand Nunez more game time when they face Crystal Palace on Friday. The Merseyside outfit clash with Patrick Vieira’s side in Singapore before travelling to Germany to take on Red Bull teams Leipzig and Salzburg next week.