Gianluca Scamacca could struggle in the Premier League just like Sebastien Haller, according to West Ham hero Paolo Di Canio. The Hammers are in talks over signing Italy forward Scamacca this summer.

David Moyes has wanted to bring in further options up front for the last few windows to lessen the workload on Michail Antonio. And Scamacca appears to be high on his wishlist.

The 23-year-old enjoyed the best goalscoring season of his career last term, netting 16 Serie A goals in 36 appearances for Sassuolo. West Ham are prepared to pay a total package worth £40million for Scamacca, with £34m of that up front.

However, Di Canio is not overly enthused by the idea. The 53-year-old, who spent four years in east London between 1999 and 2003, has compared Scamacca to former Hammers striker Haller.

Haller arrived at the club with high expectations in 2019 following a strong couple of seasons in the Bundesliga. But he was unable to match those heights in England and Di Canio reckons Scamacca could follow a similar path. 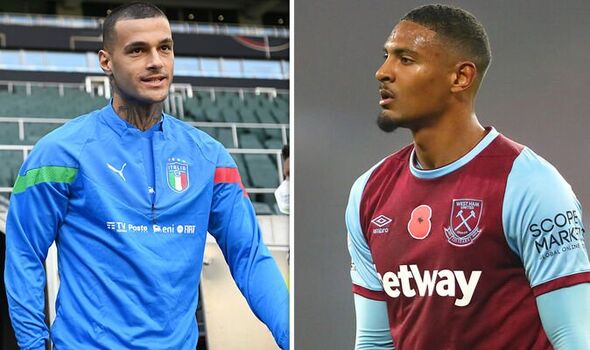 He told Sky Italy, as reported by CalcioMercato,: “It’s not easy to be a protagonist in the Premier League. It’s a tough league.

“It reminds me of Haller, who at Eintracht scored a goal every two games and struggled at West Ham. He’s not a [Romelu] Lukaku.

“Then at West Ham, there’s Antonio, who is a totem. I don’t know if he will be a starter straight away.”

Haller has since excelled after leaving the Premier League in January 2021. He scored 47 goals in 66 appearances for Ajax, which has led to a move back to Germany with Borussia Dortmund this summer. 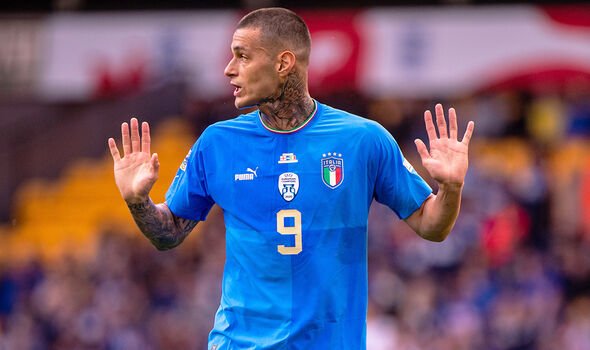 Scamacca, 23, made his senior Italy debut last year. He is yet to score in his seven caps for his country.

Paris Saint-Germain have also held talks with Scamacca in recent weeks. However, an agreement is yet to be reached with the Ligue 1 champions.

West Ham have made three signings so far this summer. Morocco centre-back Nayef Aguerd is their biggest arrival so far, joining for a fee which could rise to £30m.

Midfielder Flynn Downes has also joined from Swansea in a deal which could rise to £12m. Goalkeeper Alphonse Areola has also made his loan move permanent from PSG after making 18 appearances in all competitions last term.