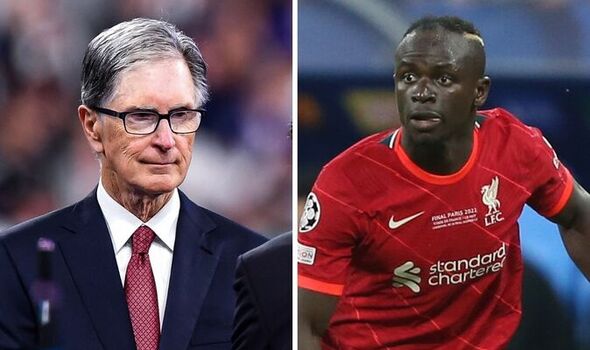 Liverpool are preparing to dig their heels this summer over Sadio Mane’s future at the club with the forward wanting a new challenge. Mane’s six years at Anfield appear set to come to an end in the summer transfer window with Bayern Munich leading the race for his signature.

The Senegal international refused to be drawn on his future ahead of the Champions League final. But reports quickly emerged after their defeat to Real Madrid that Mane will look to leave Anfield this summer.

Bayern appears to be Mane’s preference with the Bundesliga outfit keen to sign a replacement for Robert Lewandowski, who looks set to join Barcelona. Mane leaving Liverpool though would shake things up in Jurgen Klopp’s squad as the winger has been integral to their success in recent years.

The 30-year-old has won every trophy available during his time at Liverpool and Jurgen Klopp has repeatedly sung his praises. But Mane’s departure from Liverpool will not be straightforward, according to The Athletic.

Reports in Germany claim that Bayern want to spend around £25.5million on signing Mane, who has just a year left on his contract. However, Liverpool reportedly want closer to £42.5m to even consider selling the forward.

It is said that Liverpool are prepared to dig their heels in to keep Mane and lose him for nothing next summer if their valuation is not met. The second condition set by Liverpool’s board on Mane leaving is that they also want a replacement brought in before agreeing a sale.

The report adds that Liverpool will need ‘at least one more attacker’ with Divock Origi also leaving this summer. Takumi Minamino has also been made available in the transfer market after struggling to break into Klopp’s starting line-up.

Ousmane Dembele and Arnaut Danjuma have been linked with Liverpool in recent months. Jarrod Bowen was also a top target for Liverpool before they moved to sign Luis Diaz in January.

West Ham weren’t prepared to let their star winger leave a year ago, but Mane’s possible departure will almost certainly push Liverpool to explore all options.