Kovacic out for up to two weeks with ankle injury, says Tuchel

Thomas Tuchel reveals Chelsea midfielder Mateo Kovacic will spend up to two weeks on the sidelines after damaging ankle ligaments in Sunday’s FA Cup win over Crystal Palace, ruling him out of their Premier League clash with Arsenal on Wednesday

Chelsea boss Thomas Tuchel has revealed Mateo Kovacic will miss Wednesday’s clash with Arsenal and spend up to two weeks on the sidelines after damaging ankle ligaments during their FA Cup win over Crystal Palace.

Kovacic hobbled off early on in Sunday’s semi-final at Wembley and was replaced by Ruben Loftus-Cheek, who went on to open the scoring in a 2-0 victory for the Blues.

There was concern for the Croatian midfielder after his early withdrawal, with Tuchel saying at the weekend his ankle injury was ‘not so good’. 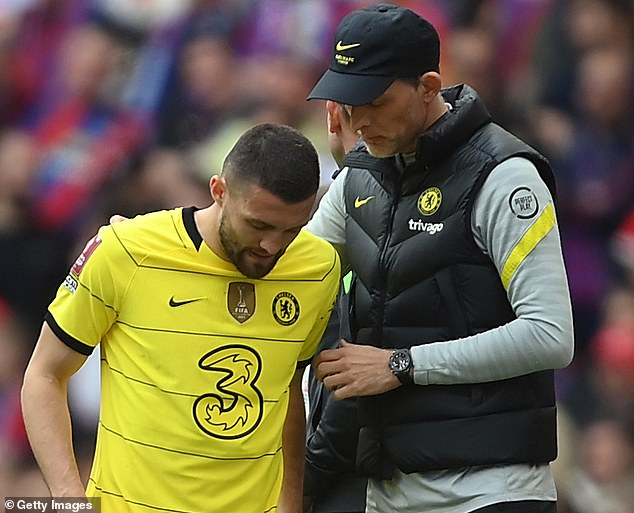 Now the head coach has offered another update on Kovacic’s problem after an assessment from Chelsea’s medical team, confirming he will miss their Premier League match against Arsenal on Wednesday night.

‘Kova is out for the game. It is a ligament injury. Hopefully not longer than two weeks,’ Tuchel said at his pre-match press conference on Tuesday.

‘Two weeks can be a long time for us in terms of games. This is the kind of timeframe.’

Tuchel also opened up on the progress of two other injured stars, Callum Hudson-Odoi and Ben Chilwell.

Hudson-Odoi has not featured for Chelsea since sustaining an Achilles problem at the start of March, while Chilwell is still recovering from the knee injury which derailed his season back in November. 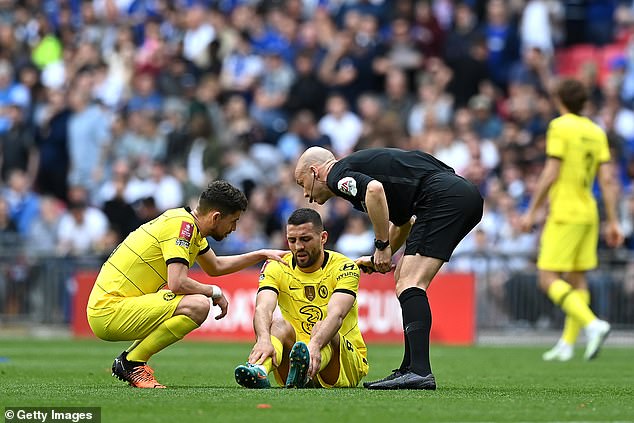 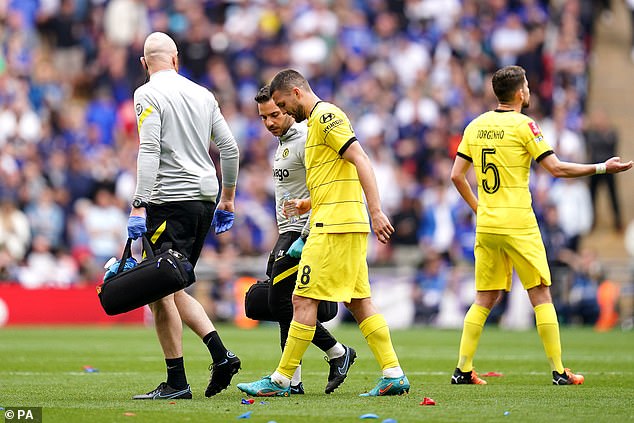 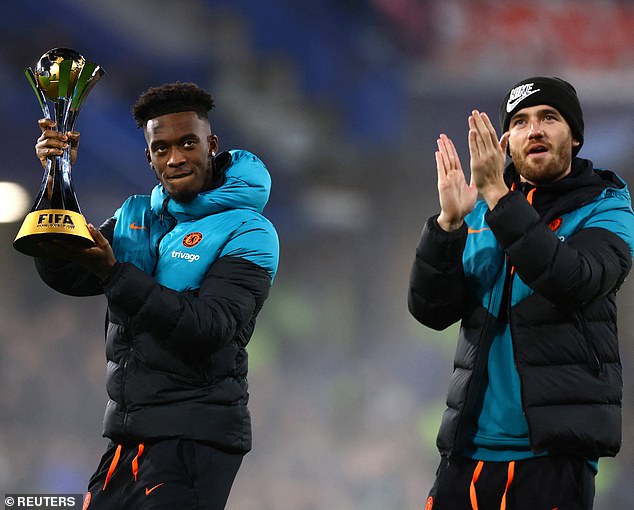 Chilwell’s injury, which is likely to keep him out for the rest of the season, came as a huge blow to Tuchel, who has been left with Marcos Alonso as his only natural option at left wing-back.

The England defender is not expected to play again this term, with Tuchel adding about his rehabilitation: ‘On the pitch in a Premier League match, I don’t think we will rush this in the end of the season.

‘Ben will now be in the transition to join academy training with the youth to have team training but not with the physicality level with us. This will be his next steps.

‘Hopefully, he can join our training at the end of the season. This is the plan for him.

‘For Callum, it is day by day, and still, it is not possible for him to join team training.’ 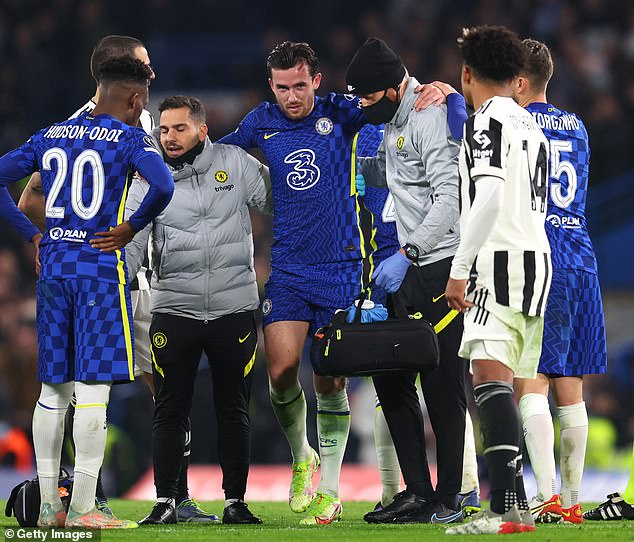