Thomas Partey has handed Arsenal an injury boost after posting a video of him stepping up his rehabilitation.

The 28-year-old has missed the Gunners’ last two Premier League defeats against Brighton and Southampton after suffering a injury to his right thigh in a reverse at Crystal Palace.

Arsenal have badly missed his presence in central midfield and boss Mikel Arteta was not optimistic about the Ghana midfielder’s chances of playing again this season. 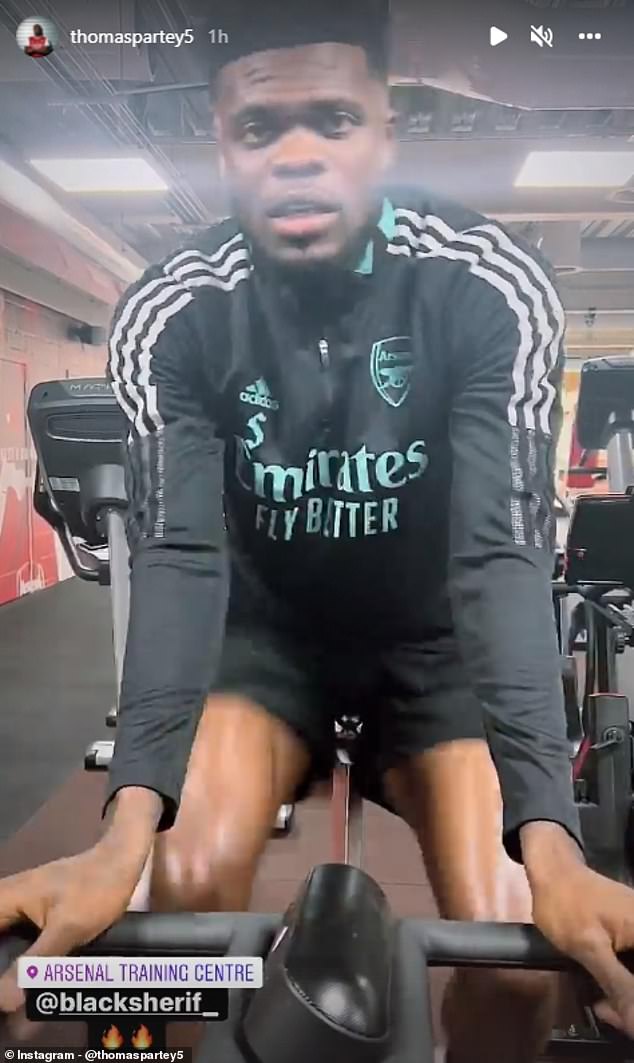 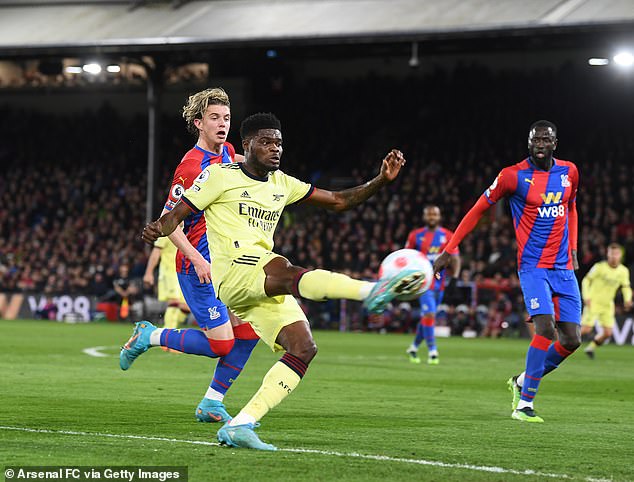 But Partey has raised hopes of Gunners fans of playing some part in the club’s run-in by posting a video to his Instagram story of him stepping up his recovery with some work on an exercise bike at Arsenal’s London Colney training centre.

Despite the positive news, Arteta was not so hopeful about being able to involve Partey – who joined from Atletico Madrid in a £45million deal in October 2020 –  in a matchday squad again this campaign.

‘The news is not looking very positive (for) his availability this season but we will have to wait and see,’ Arteta said on Friday. ‘At the moment we are not very optimistic about it.’

The Gunners had emerged as the favourites to secure a top-four finish before Partey’s injury in the 3-0 defeat at Palace, which was followed by two further losses to dent their hopes. 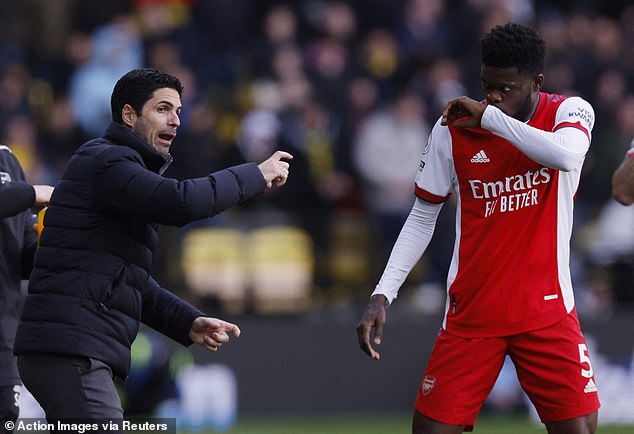 Striker Alexander Lacazette missed Arsenal’s 1-0 loss at Southampton due to Covid and is a doubt for their upcoming games against Chelsea and Manchester United, who Arsenal host on Saturday.

Arteta said they would assess the player today before making a decision about whether he will feature in the match at Stamford Bridge.

‘We’re trying to get (how) he’s feeling and where he’s at if he can contribute somehow with the team,’ the Arsenal boss said on Tuesday.

But Right-back Takehiro Tomiyasu, who has impressed for the Gunners since joining from Bologna, could make his return from a calf injury – which has kept him out of action since February – against Chelsea on Wednesday.

‘Tomi is very, very close,’ said Arteta. ‘Whether this game is going to be too early for him or not, again we will decide it today after the training session.’ 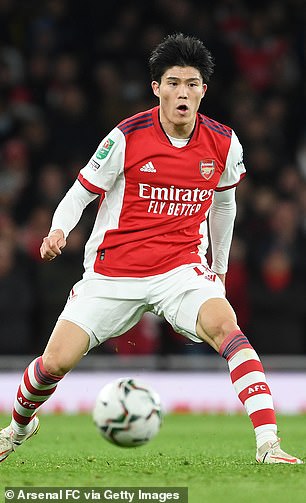 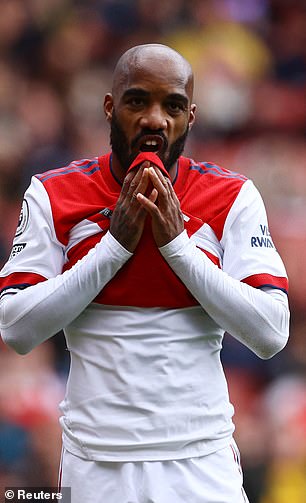