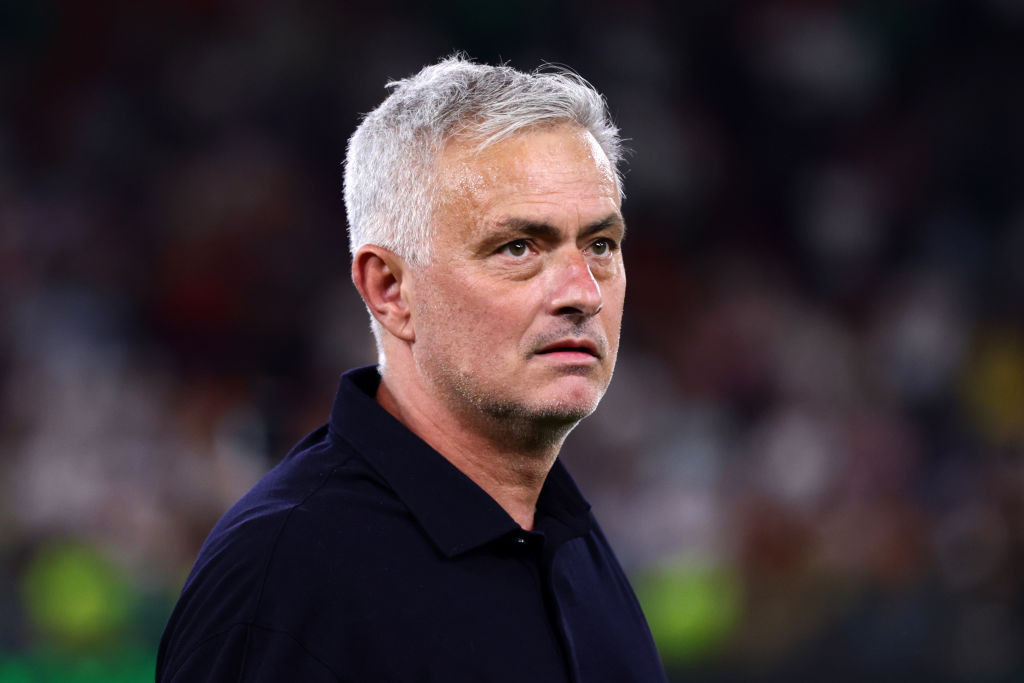 PSG manager Pochettino, who has one year left on his contract, is said to be on the brink of facing the sack at Parc des Princes following an underwhelming 18 months at the helm.

The French side were crowned Ligue 1 champions last season, but crashed out of the Champions League in the Round of 16 following a rousing comeback from eventual winners of the competition, Real Madrid.

Transfer expert Fabrizio Romano reports that Pochettino is set to be relieved of his duties over the coming days, with one more meeting said to be required in order to make the decision official.

Now, according to talkSPORT, Mourinho is being ‘strongly considered’ by PSG for the managerial role.

The former Chelsea, Manchester United and Tottenham boss steered Roma to Europa Conference League glory in his first season at the Stadio Olimpico.

Mourinho became the first manager to win all of Uefa’s major European trophies after previous victories in the Champions League, Europa League and Uefa Cup.

The 59-year-old has, however, already vowed to stay at Roma and ‘build a really strong project’ at the club.

Fighting back the tears while speaking to Sky Sport Italia after the Europa Conference League win, he said: ‘There are so many things going through my head. So many things at the same time.

‘I’ve been at Roma for 11 months, I realised the moment I arrived what it meant, they were waiting for this. As I told the lads in the locker room in Turin, we did what we needed to do, qualify for the Europa League. We had great work all season.

‘Now I am staying, there are no doubts,’ he added.

‘Even if some rumours emerge, I only want to remain at Roma. We must understand what our owners, who are fantastic people, want to do next season, because this is history, but we can build a really strong project with honest professionals.

‘We need to sit down and understand what the plan is for next season.’