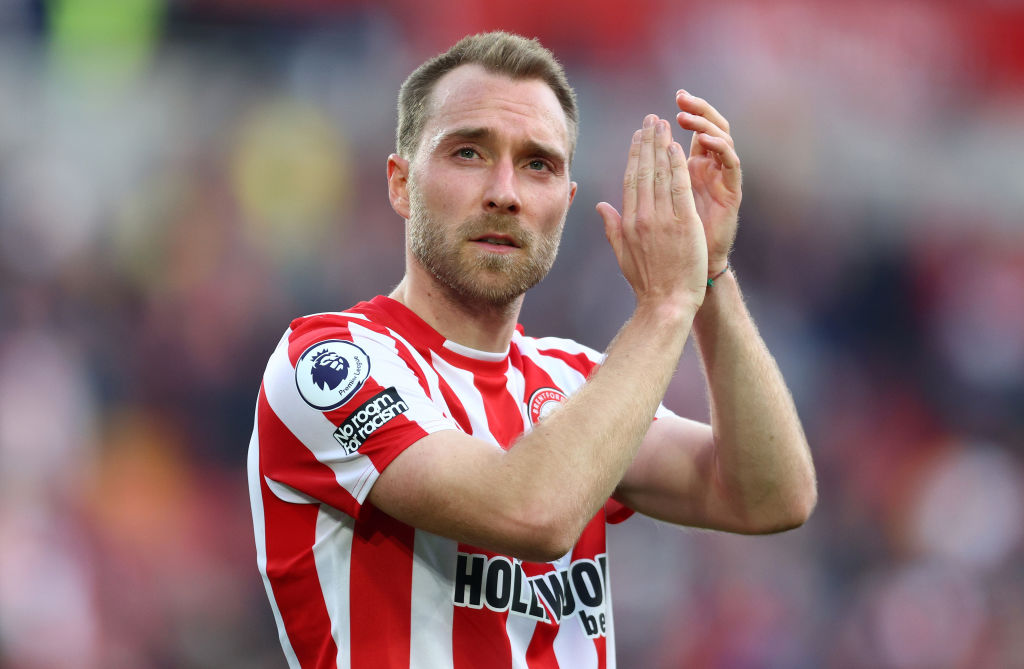 Former Liverpool defender Jose Enrique has urged the club to sign Christian Eriksen who has been linked with a move to rivals Manchester United.

Eriksen will become a free agent when his short-term contract at Brentford expires on 30th June, and the attacking midfielder has been linked with various Premier League clubs.

On Tuesday, it was reported that the 30-year-old had received a contract offer from United, with Erik ten Hag viewing him as an alternative to first choice transfer target Frenkie de Jong who is reluctant to leave Barcelona.

But Enrique believes that United’s fierce rivals Liverpool should throw their hat into the ring as well.

‘Another interesting player that could be our solution to our midfield and spending nothing because he [Eriksen] is a free agent,’ the Spaniard said on his Instagram story.

‘He is a short-term solution but then we can wait for [Jude] Bellingham next season. He will play if he deserves to play like everyone else.

‘Eriksen is a top player and I believe he can compete for a starting spot in our XI. The season is very long.

‘He is that kind of player, like Thiago, but maybe a little bit more offensive. But Thiago is our magician.’

It was reported on Thursday that Liverpool would not be signing any more players after the purchase of Calvin Ramsay, with almost all their transfer budget spent on striker Darwin Nunez.

However, Jurgen Klopp is keen to add another midfielder and is happy to wait until next summer, when the club have more funds, to bring in a star player like Dortmund’s Bellingham.

But Eriksen, who has also been linked with staying at Brentford or re-joining Tottenham, could provide a nice short-term option for the Reds.

Following his cardiac arrest at last summer’s Euros, the Danish international has been working his way back up to full fitness and joined the Bees in February where he proved he hadn’t lost his magic touch.

He scored once and made four assists in just 11 games, and since his Brentford debut only Manchester City’s Kevin De Bruyne and Arsenal’s Martin Odegaard have created more chances in the Premier League.

As for Eriksen’s preference, the player is happy to take his time deciding his next club, saying: ‘I have different offers and options, which we are considering, and then we make a decision.

‘I’ll have my cell phone turned on. I know my agent well enough that he will call me if anything interesting comes along, and if not, he won’t call me.’