Inside England’s post-Euro 2022 party plans as Lionesses to celebrate with 7,000 fans 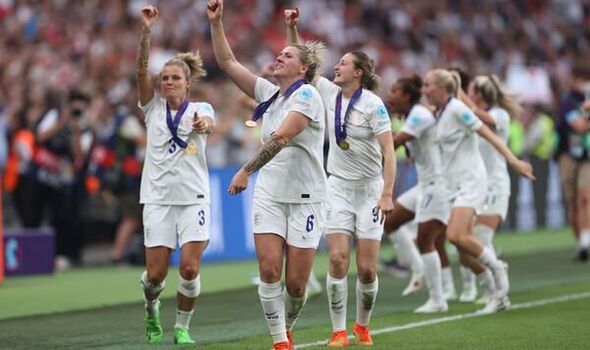 England’s Lionesses will celebrate becoming European Champions in an open party at Trafalgar Square on Monday lunchtime after their win over Germany lit up the nation. Substitute Chloe Kelly ripped off her shirt after scoring the extra-time winner in an echo of USA captain Brandi Chastain’s iconic 1999 World Cup-winning celebration.

She joined a host of people from all over the world in congratulating the players, including the Queen. “Your success goes far beyond the trophy you have so deservedly earned,” her statement said. You have all set an example that will be an inspiration for girls and women today, and for future generations.”

Up to 7,000 fans have been invited to gather at the central London landmark from 11am for a three-hour tribute to the players and Sarina Wiegman with the trophy centre-stage.

“We won the cup – it is unbelievable,” the Dutch coach said. “They really want to win and become better every single day. It is incredible, they want to do it together. We agreed on a couple of things about behaviour and they weren’t just words, we lived it.

“The game was so tight, there was a little bit of fight in there, but who cares, we won 2-1. We are European champions. I don’t have any secrets. Sometimes I don’t think I have realised what is going on!”

Ella Toone’s stunning opener was cancelled out 11 minutes before the end of normal time by Lina Magull but the late winner meant the celebrations were only delayed, not cancelled. Goalscorer Kelly, 23, only returned from a serious knee injury in April.

“Thank you to everyone who played a part in my rehab,” she said. “I always believed I’d be here, but to be here and score the winner, wow. These girls are amazing -I just want to celebrate now. This is what dreams are made of, as a young girl watching women’s football.”

The shock late withdrawal of Alex Popp minutes before kick-off with an injury left the stage clear for Beth Mead to collect the Golden Boot just 12 months after missing out on the Team GB Olympics side in Tokyo. 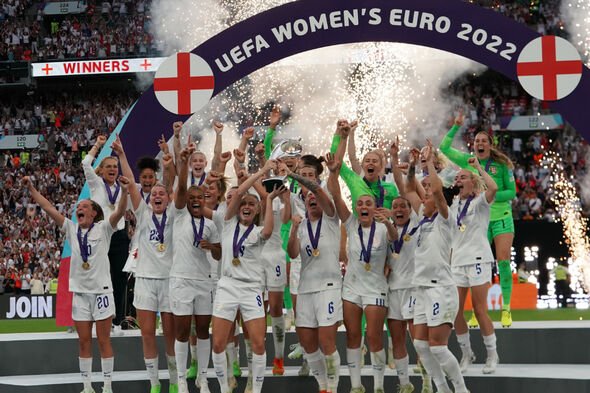 “I can’t believe it, sometimes football puts you down but bouncing back is the best way and that is what we have done,” Mead said.

A record Wembley crowd of 87,192 was the highest for either the men’s or the women’s version of the tournament, beating the 79,115 who watched the 1964 final between hosts Spain and the Soviet Union at the Bernabeu.

Captain Leah Williamson added: “The legacy of this tournament is a change in society, it is everything that we have done, we brought everybody together, we got people at games.

“We want them to come to WSL games, the legacy is this team are winners and that is the start of a journey.

“This is the proudest moment of my life – I just can’t stop crying.”

“Something we talk and talk. It’s about doing it on the pitch and I’ll tell you what, these kids are all right.”