Mercedes star George Russell interrupted Charles Leclerc’s post-race interview to offer consolation after a questionable Ferrari strategy saw him tumble down the field in Hungary. Leclerc was in contention for victory at various stages of the Grand Prix, but Max Verstappen stormed through to seal an unlikely comeback and extend his lead in the Championship.

Leclerc and his Ferrari team-mate, Carlos Sainz, were all over the back of Russell early on as an entertaining battle for the lead unfolded. The Monegasque even lead the Grand Prix at one point, but the team’s decision to put him on hard-compound tyres proved a disaster.

The best he could muster up thereafter was P6, and it shifted focus back on the Prancing Horse’s strategic decisions after effectively costing Sainz a position at Circuit Paul Ricard last weekend. It will leave a bitter taste going into the summer break, and while Leclerc was explaining the ordeal Russell chimed in to offer his condolences.

“I don’t know [how to explain the strategy] yet,” Leclerc admitted to Sky Sports. “We need to speak with the team and understand the thoughts behind putting the hards on, because I felt very strong on the mediums. Everything was under control. 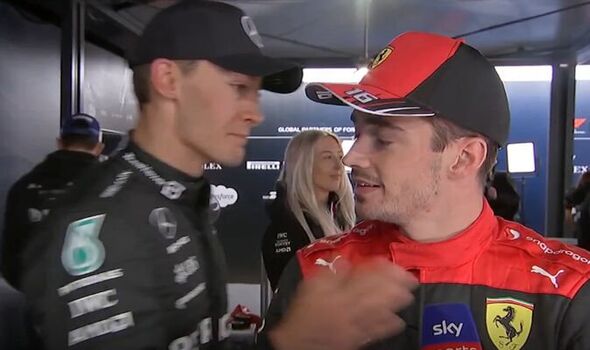 “I said on the radio that I was very comfortable on the mediums and I wanted to go as long as possible with those tyres because the feeling was good. I don’t know why we took the different decision.

“The pace, on my side, I was pretty happy. But everybody will remember the last part of the race when it was a disaster for me, especially on the hards.” Russell then interrupted the interview to shake the hand of a surprised-looking Leclerc, saying: “Unlucky, mate.”

“We’ll speak about the problems inside the team to get better,” concluded the Ferrari star.

Russell’s afternoon was markedly more enjoyable than Leclerc’s, claiming a second consecutive double podium for Mercedes with Lewis Hamilton crossing the line in second. All eyes were on the former Williams youngster after he earned a first-ever pole position on Saturday with what he believed to be one of the finest qualifying laps of his career.

While he couldn’t convert that into a first Grand Prix win, he earned a fifth podium of the season and continued his astounding streak of finishing in the top five of every race in 2022, aside from Silverstone. Despite the performance woes that blighted the start of Mercedes’ season, Russell remains within touching distance of second place in the Drivers’ Championship and spirits seemed relatively high after the chequered flag. 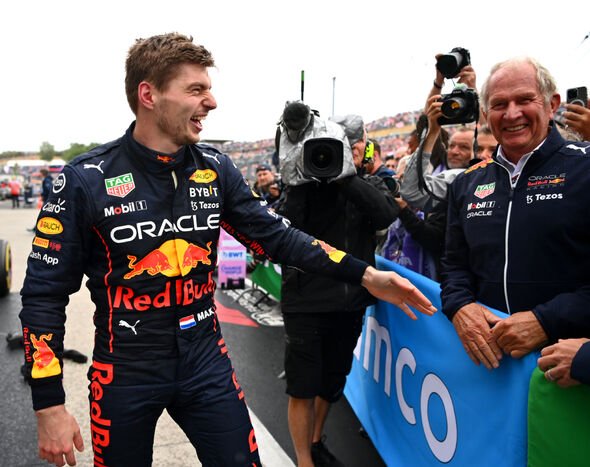 “When it started spitting at the beginning and we were on the soft tyres I thought we were on, we made a really strong start, it was a good first stint,” he told Sky Sports. “And then towards the end on the mediums and when the rain started to come down we really struggled and losing temperature. We are definitely making progress.

“I’m sure there’s a lot I will look over and could have done better. It was challenging to manage the tyres, we pitted quite early on both stints so you’re trying to eke the tyres out… A bit of a challenging position to be in.”