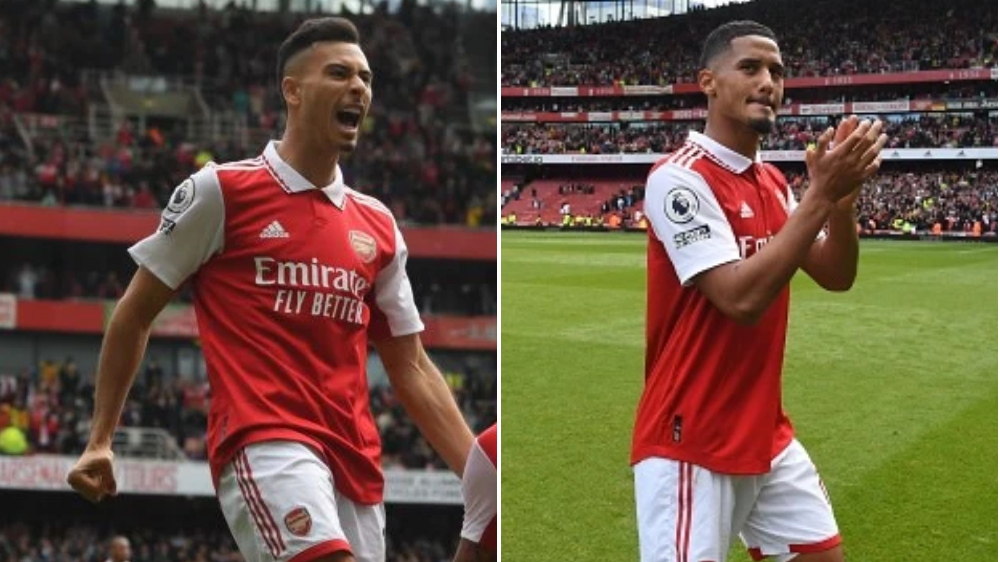 Ian Wright feels Arsenal duo Gabriel Martinelli and William Saliba are ‘playing like they have Infinity Stones’ and singled out Ben White for praise.

Arsenal legend Wright could not hide his delight at the Gunners trio after they helped Mikel Arteta’s side beat Tottenham in Saturday’s north London derby.

The 3-1 victory extends Arsenal’s lead at the top of the Premier League table, with the Gunners winning seven of their opening eight top-flight matches.

It also brought Spurs’ unbeaten start to an end and marked revenge for Arsenal, who missed out on a top four spot last season to Antonio Conte’s side.

Wright feels that Martinelli and Saliba are playing like they have Infinity Stones, which are fictional items from the Avengers movies in the Marvel Cinematic Universe which give whoever owns them strong and mysterious powers.

‘It’s a great day,’ Wright told Match of the Day. ‘It’s a phenomenal performance. You see Granit Xhaka, it’s like he has a new lease of life.

‘Gabriel Martinelli and William Saliba are playing like they have Infinity Stones.’

But it was White who Wright was particularly impressed with as he singled out the defender for praise.

‘When you look at the way Arsenal have improved – more shots, higher turnovers, possession won in the final third… the one player that epitomised that for for me today was Ben White,’ Wright added.

‘He was magnificent. Tottenham gave him a lot of space. That was a fantastic performance – the most touches anyone had today was Ben White. So pleased for him.’

Wright also gave his opinion on the red card shown to Tottenham’s Emerson Royal after 62 minutes.

‘When you look at what’s happening, I think it summed up Emerson Royal’s game really,’ he said.

‘He’s going back towards his own goal, there’s no reason to make that challenge.’