‘I LOVE Revels!’ Sunderland boss Tony Mowbray hilariously reveals his passion for the chocolate treat in an unusual start to his press conference… and is happy that they got rid of the coconut flavour that was in the pack when he was a kid!

The veteran manager was presented with a packet of the chocolate treat before talking to reporters on Thursday, and spoke about his passion for the sweets.

He eagerly opened the packet, revealing ‘this will be finished before the end’. He told journalists ‘I love Revels’, to laughter from those gathered in the room. 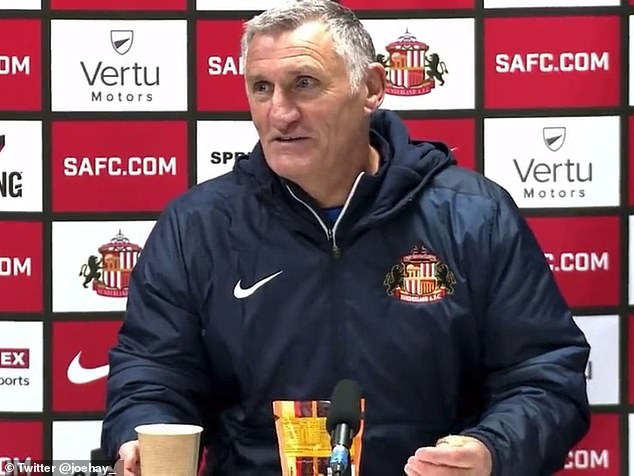 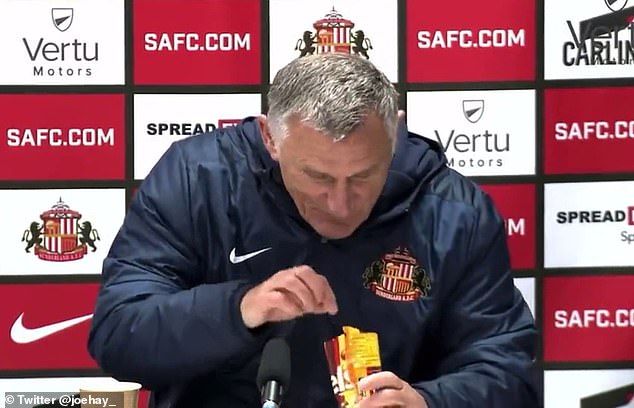 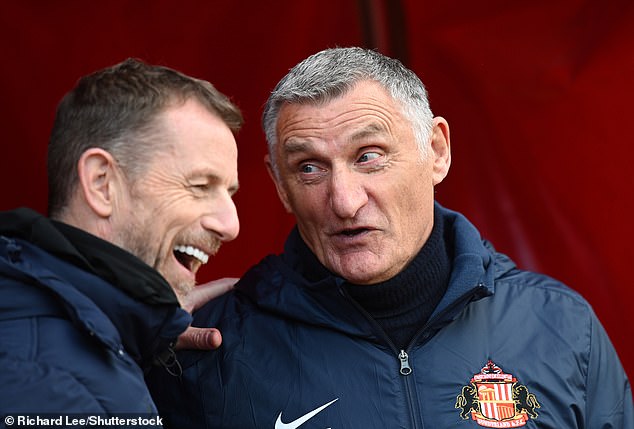 The 59-year-old former West Brom and Celtic boss added that they were his go-to cinema snack when going to the movies with his wife, Amber.

He also fumed about the continual change of one of his favourite products, noting that ‘it used to be coconut when I was a kid’. However, it used to be his least favourite flavour of the variety chocolate – so he was glad they ditched it! 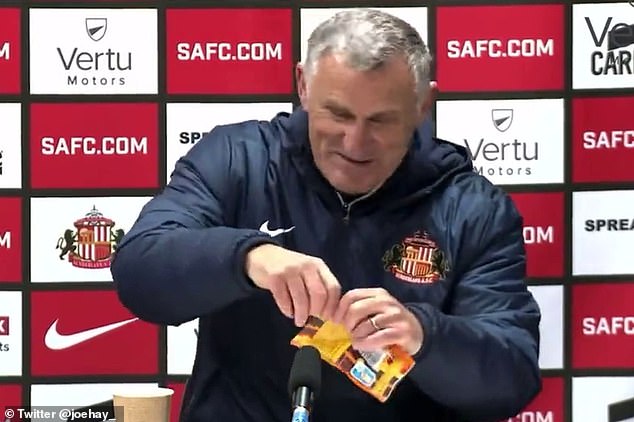 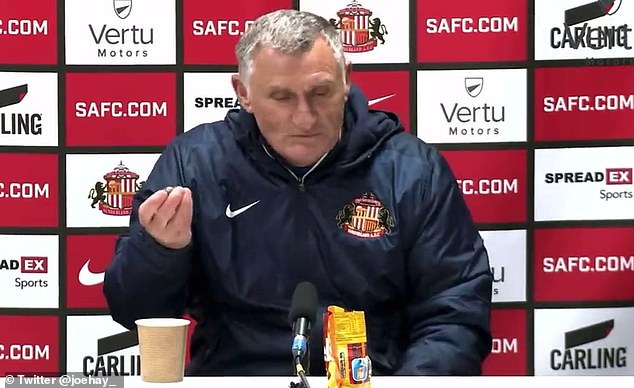 Originally Revels did have coconut centres when they came onto the market in 1967, but they were later replaced by a coffee creme version. Similarly, peanut centred Revels were removed in favour of ones containing raisins.

Mowbray is also a fan of the latter change. He also revealed that he will often eat chocolate raisins when driving into work, regardless of the time of his early starts.

As he was not expecting there to be food provided for the occasion, he revealed ‘I brought myself one of these’ – before brandishing a Yorkie from his coat pocket. 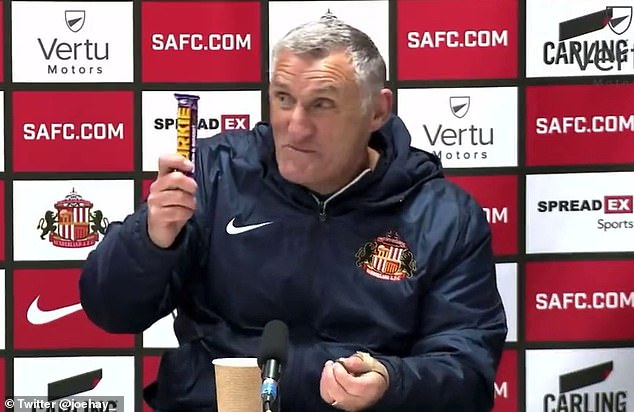 This instigated yet more laughter from the reporters gathered to hear the latest Sunderland team news as they look to welcome his former West Brom side to Wearside on Monday.

When the football talk got underway, Mowbray revealed Scotland striker Ross Stewart is likely to be at least on the bench for the Black Cats. Stewart has been missing since August with a thigh injury, but returned to action by scoring in a practice game this week.

Mowbray has been in charge at Sunderland since the end of August, replacing Alex Neil in the hot-seat. They currently sit 10th in the Championship, a point off the play-off places. 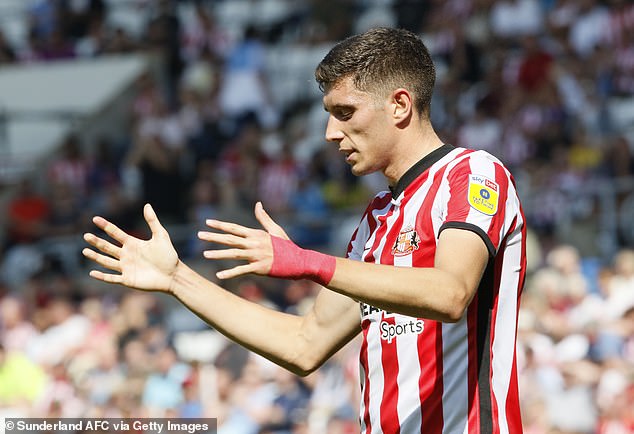