Eddie Howe wants Newcastle United and Liverpool to be facing off in title-deciders in the future.

The quadruple-chasing Reds visit St James’ Park on Saturday lunchtime in a game that could go a long way to determining the winners of this season’s Premier League.

Only Liverpool have a better points return than the Magpies this calendar year and, with Howe’s side travelling to Manchester City next weekend, there is a chance they could prove kingmakers. 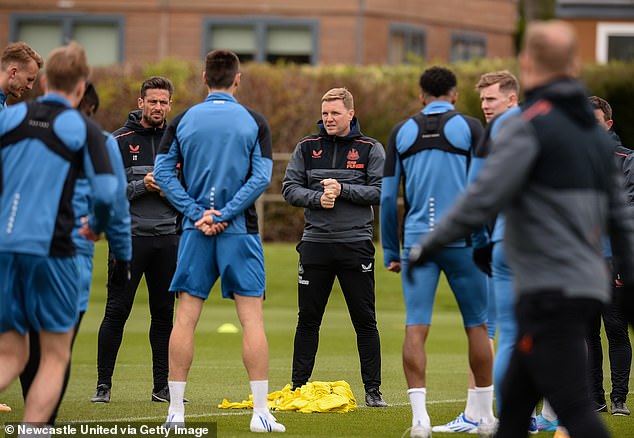 But Howe, backed by Saudi-led ownership, believes his club can emerge from the shadows in the coming years.

Asked if this fixture would one day be a title showdown, the head coach said: ‘Hopefully it is in the future. It’s very difficult to take yourself away from where we are right now. But it is somewhere we aspire to be.

‘We need to improve what we deliver for our players. Certain aspects of the club need to evolve. These things can’t be rushed, and you have to do it properly. How long? I don’t know. There will be hurdles, you can’t just flick a switch.

‘But hopefully we will get there. The ambition is there to do it, and that is the most important thing.’ 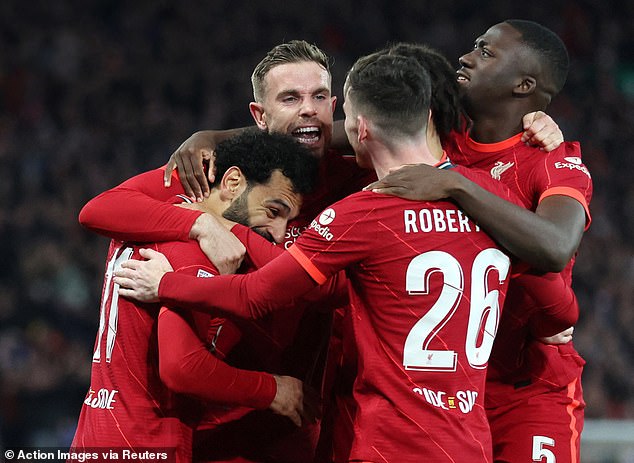 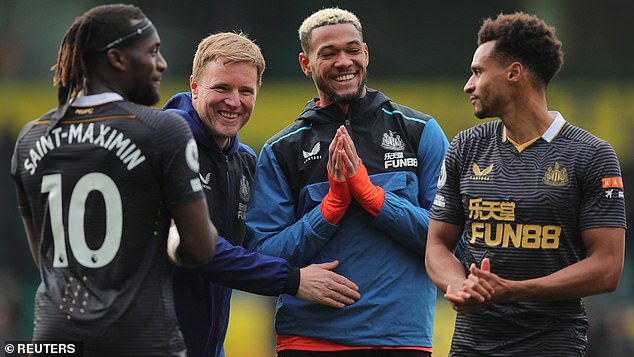 Newcastle are bidding for a seventh straight home victory and Howe admits he has momentarily allowed himself to take in the achievement of lifting his team from 19th to ninth in just six months.

‘A little pause and you go, “Ah, that’s unbelievable”,’ he said. ‘We are absolutely delighted to have got some of the results and build the momentum we have.

‘But it’s no more than that one moment. It’s then, “What do we need to do tomorrow to make sure we are better than today”.’ Howe has seen the recent criticism of the likes of Everton and Villarreal in attempting to park the bus against Liverpool. He thinks that is unfair – but has vowed to attack Jurgen Klopp’s side.

‘When you play Liverpool and Manchester City, it’s about getting the balance right between being solid defensively but also giving them a threat and posing a problem the other way,’ he said.

‘I totally understand why those teams have set up as they have. But we will try to be as aggressive as we can and try to give them a problem. We definitely don’t want to be passive or sat deep. Let us hope we are not.’