Youngsters Zidane Iqbal and Facundo Pellestri could both be given a chance, while Martin Dubravka is set for debut – how Man United could line up against Aston Villa in Carabao Cup clash

Manchester United take on Aston Villa in their penultimate game before the season breaks for the World Cup as their domestic cup campaign gets underway.

Traditionally a competition used to field and blood youngsters, it is expected Erik ten Hag will go with a mix of experience and youthful exuberance as he looks to plot revenge against Unai Emery and Villa after being comprehensively beaten over the weekend.

Sportsmail runs you through the team the Dutchman is likely to field at Old Trafford on Thursday evening. 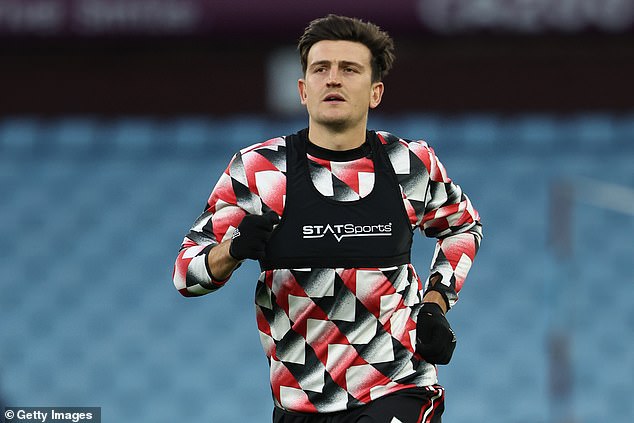 Signed on a season-long loan deal at the end of the summer from Newcastle United, Dubravka was painted with the brush by some United fans of being indicative of the club’s steep decline.

While they thought the club should have been out chasing a new centre-forward or perhaps a new full-back, Richard Arnold and the United hierarchy brought in the ‘keeper.

Since then, he has been largely forgotten about, appearing very content on the bench as David de Gea has enjoyed one of his finest starts to the season in recent times. 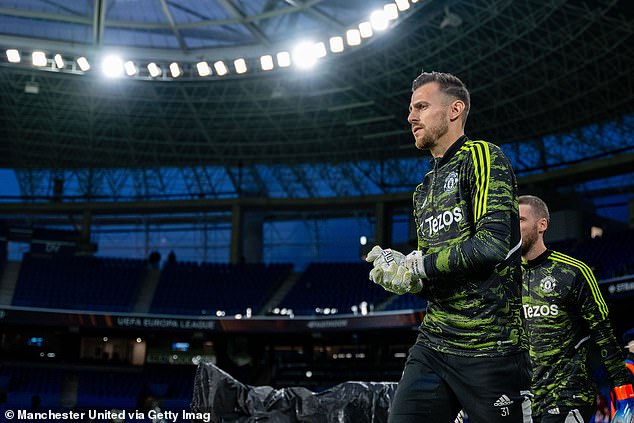 Dubravka was needed after previous understudy, Dean Henderson, made it be known that he did not want to remain at the club any longer.

Having played a total of zero minutes so far this season, the Carabao Cup is likely to provide his only opportunities this season.

One of United’s best performers so far this season, Dalot has been impressive under Ten Hag, who deserves credit for garnering such performances out of the Portuguese.

His final ball has improved drastically while he is trusted enough defensively that Aaron Wan Bissaka has become the forgotten man of Manchester.

Suspended for the visit to Fulham this weekend, it is likely Dalot will be one of a few first team regulars the Dutch manager calls upon. 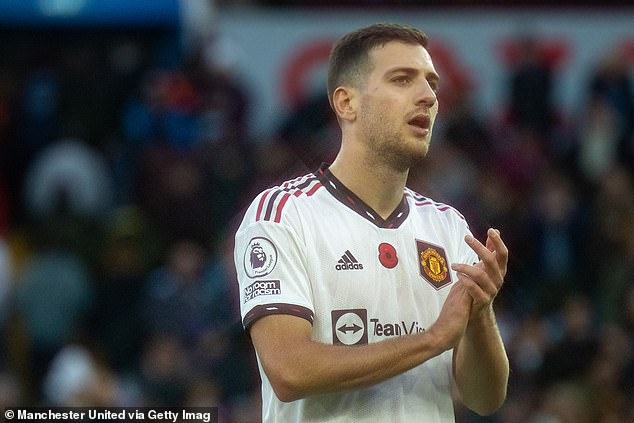 Lindelof has taken Varane’s place as Martinez’s partner in the centre of defence since the Frenchman went off injured against Chelsea last month.

Having started the season on the physio bed plagued by back trouble, he has recovered and is beginning to make his mark for Ten Hag and his team.

A player that divides opinion among United supporters previously, Lindelof, unlike the other three centre-backs, will not be going to the World Cup and as such could be in for a very busy post-Qatar period.

Having endured a difficult start to the campaign, Maguire was eventually dropped and since then has struggled to break back into Ten Hag’s first team.

A rare start against West Ham a little over a week ago brought an encouraging performance, but he was back out of the starting XI for the visit to San Sebastian and Real Sociedad in the Europa League. He is seemingly fourth, behind Victor Lindelof, Raphael Varane and Lisandro Martinez, in the pecking order of central defenders now.

In what could prove to be his last appearance before taking the field for an England against Iran in a little over a weeks’ time, Maguire is likely to lead Ten Hag’s side out.

Malacia began the season in the team and performing adequately but in recent weeks has lost his place to Luke Shaw. He will be hoping to use the fixture against Villa to re-stake his claim for a first team berth.

After being hooked following a poor 45 minutes away at Manchester City at the outset of last month, Malacia was left on the bench for the following games in the league. His return domestically came in the defeat at Villa on the weekend.

One of the more experienced youngsters due to play. 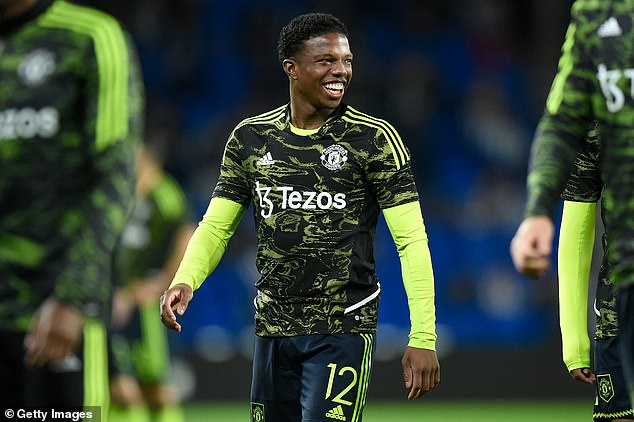 The clamour for Casemiro eventually told as McTominay lost his place in the starting XI to the Brazilian signed from Real Madrid.

Another player hoping to stake his claim to a return to the first team but will only do so with a strong showing at Old Trafford, something that he has not seemed capable of in recent weeks.

Like Malacia, his last start in the league came against Manchester City a little over a month ago. That day increasingly looks like a watershed moment for this United squad. 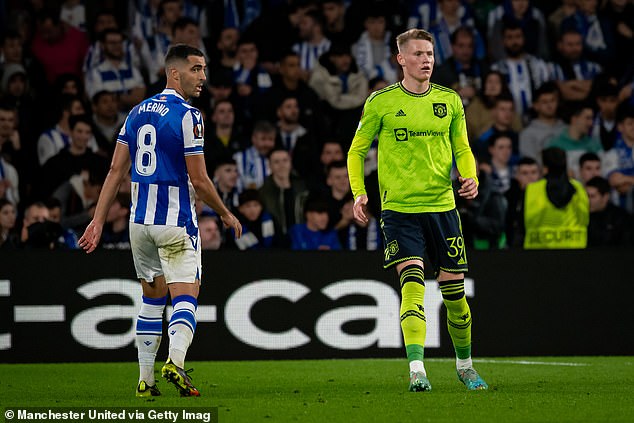 Were it not for the presence of Maguire, might have hoped to lead the team out on Thursday evening.

An impressive performer for United this season and one of a few genuine first team regulars likely to play against Villa.

Ten Hag appears to have unlocked something in the Brazilian – who was this week named in the squad for Qatar – and he is beginning to become something of a fans’ favourite at Old Trafford.

His best performance of the season came against Tottenham a matter of weeks ago when he scored and generally dominated the midfield. He has not started in the league since then, with Ten Hag having opted for Christian Eriksen at the base of midfield. 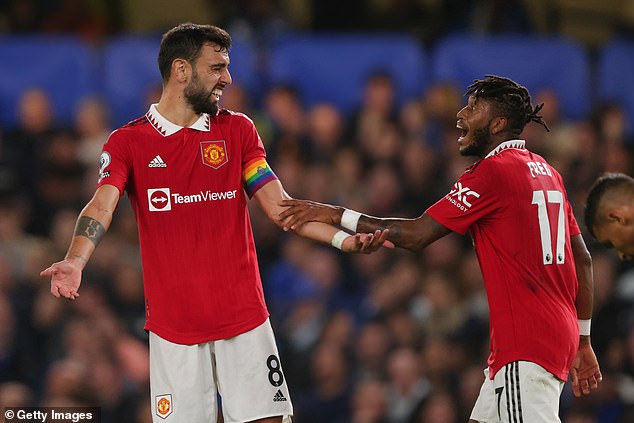 Fred, fresh off the back of a call up to Brazil’s World Cup squad, will be bidding for a strong showing in his penultimate game before heading to Qatar

The young Uruguayan might have hoped for more opportunities when he joined United in 2020 from Penarol in his native country’s top division.

Then loaned to Alaves in Spain for the following two seasons, Pellistri has been a part of various squads this season – having appeared on the bench for the last 11 games in succession – but has failed to play a single minute.

He will be hoping his Old Trafford berth comes in the Carabao Cup. With Alejandro Garnacho, a player two years his junior making an impact with the first team, time is seemingly running out for the youngster. 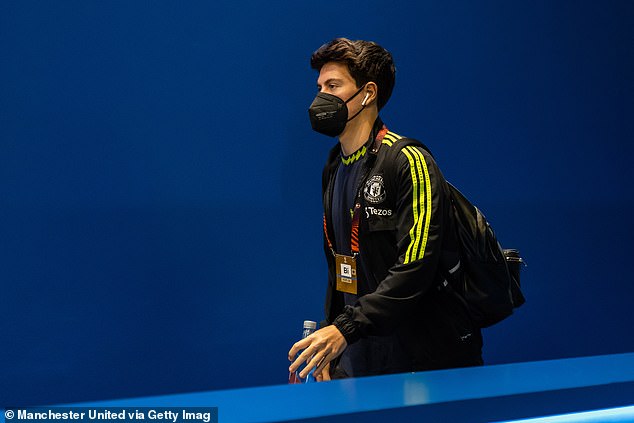 Iqbal is a product of United’s famed youth system and has made a number of appearances for the first team.

Only 19-years-old, he has made his international debut for Iraq while he is thought of highly among United supporters.

Like his namesake, he is comfortable anywhere up the central midfield spine of the team. Likely to play in behind Anthony Martial should he be selected. 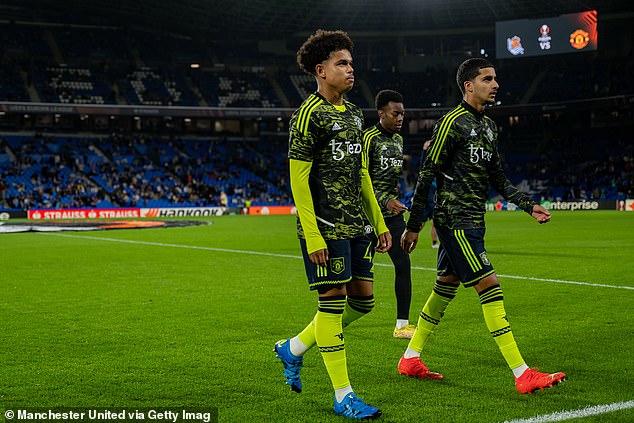 Bruno Fernandes’ comments after the Real Sociedad tie last week offered some insight as to the young Argentine had struggled in the early knockings of the season.

‘He was good but he knows we expect at lot from him. He’s still really young. He’s doing really well,’ he told BT Sport.

‘At the beginning of the season, not at his best, in the tour he didn’t have the best attitude that he should have and that’s why he didn’t get his chances until now. 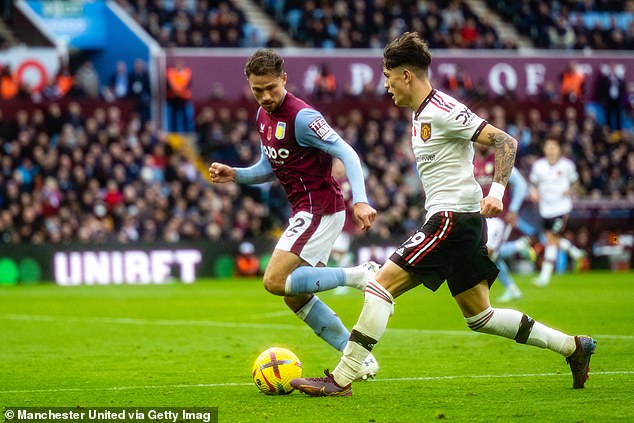 ‘Now he’s getting chances because he’s training better, he’s having a better attitude and he deserves his chances.’

Seemingly having bucked up his ideas slightly, Garnacho is now having the impact many expected of him at the end of last season. Two consecutive starts have come, with the first drawing his first senior goal for the club, and he is likely to make his third against Villa.

Returning to full fitness Martial is likely to be deployed against Villa as Ten Hag looks to build him up.

After a solid pre-season in which he looked someway back to his youthful best, he became plagued by injuries forcing Ten Hag to rethink his attacking plans.

Martial has suffered from a number of ailments this season. A hamstring kept him absent for the first two fixtures against Brighton and Brentford before he returned against Liverpool. 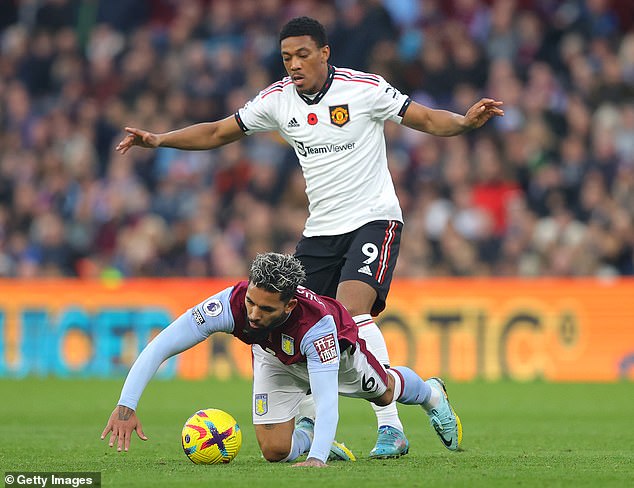 An Achilles issue kept him out for a further five games before he returned for the trip to City. Having scored twice there and United having appeared much better when he was introduced, he started the following game at Everton but was forced to come off after half an hour. He returned at Villa over the weekend.

His return is likely to prove a boost in how Ten Hag wants his sides to play: with a speedy incisiveness that on the ball is quick in the transition while without it they work hard from the front to win it back. 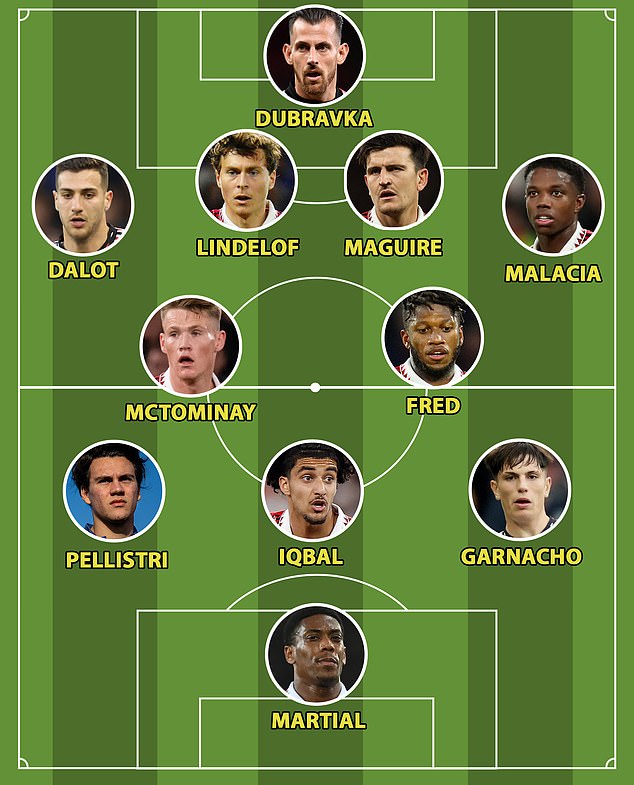