Real’s journey should have taken an hour but players were reportedly trapped in their plane for five hours because the aircraft was unable to take off. They eventually arrived at midnight but their journey could have been in vain with a pitch inspection expected to take place at Osasuna’s ground on Saturday. 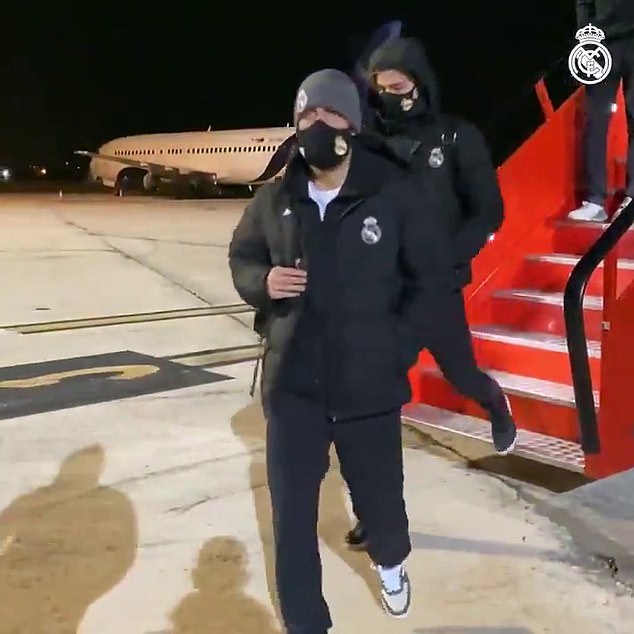 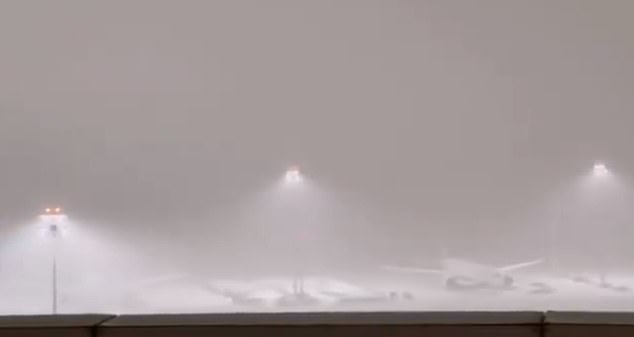 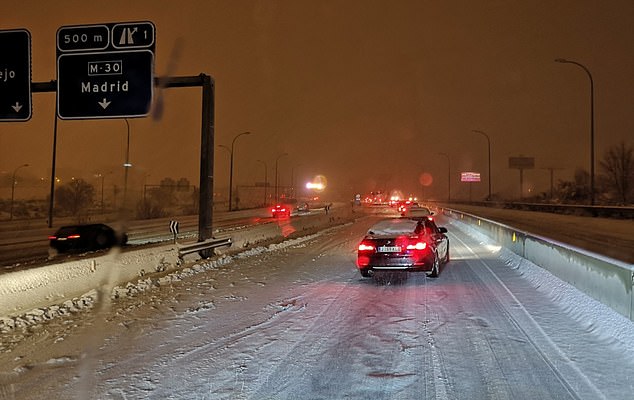 AS reported earlier this week that as much as 20cm of snow was forecast to hit the region.

Bilbao made it to Madrid an hour later than planned but the snow meant they were unable to land and their plane subsequently turned around, landing safely back in Bilbao. Their game with Atletico looks unlikely to go ahead with the club awaiting a decision from LaLiga.

A statement read from Bilbao read: ‘The plane carrying the Athletic Club squad to Madrid for tomorrow’s fixture with Atletico Madrid was not been able to land at the Adolfo Suarez Barajas Airport due to wintery conditions, being forced to turn around and head back to Bilbao. 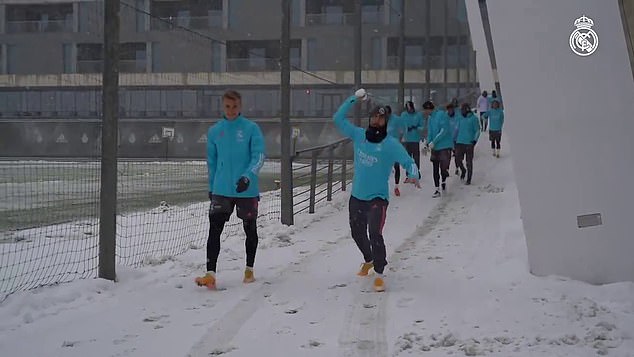 ‘The rojiblancos’ flight took off one hour later than planned under the initial assurance that it would be able to land in Madrid.

‘Whilst making the approach to land, after 30 minutes of waiting and without certainty that landing would be possible, the captain recommended returning to Bilbao, where the plane landed safely at 22:00 CET.

‘Athletic Club is in contact with LaLiga and Atletico Madrid so as to make a decision as soon as possible.’

Atletico were unable to train on Friday but Real’s players did take part in a session in the snow, with Zidane’s squad seemingly in good spirits. 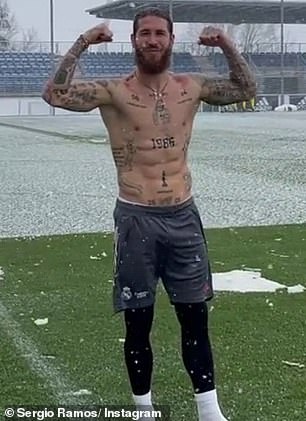 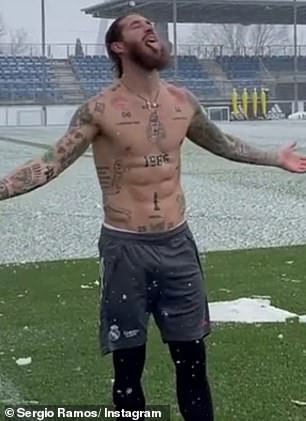 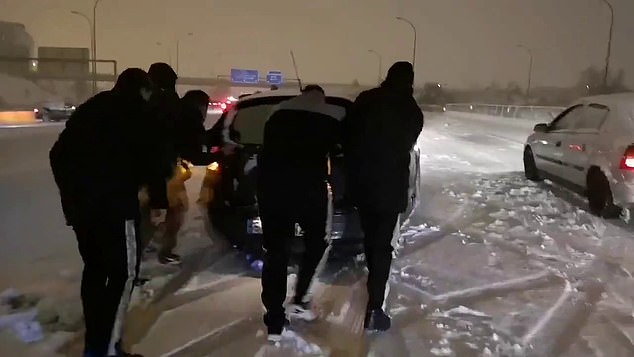 Sergio Ramos showed he was a match for the severe weather as he posed for a shirtless picture in the wintery conditions. The defender captioned an Instagram post: ‘I love summer!’

Real are not the only club based in Madrid who saw their journeys disrupted.

Rayo Vallecano were forced to abandon their journey to Miranda de Ebro for their match against Mirandes on Saturday.

Their club bus was unable to continue on the roads with no sign of the snowfall relenting on Friday evening. 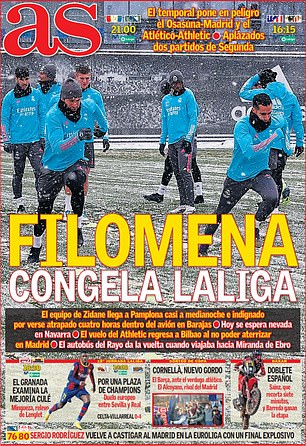 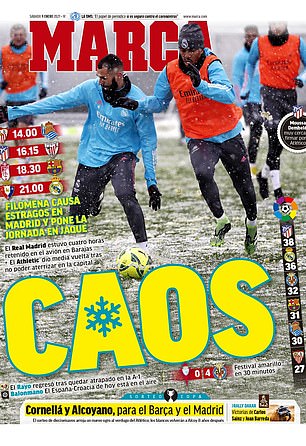 The travel disruption made the front pages of the Spanish newspapers for Saturday with Marca and AS both showing pictures of Real training in the snow.

Marca went with the headline: ‘CHAOS: Poor weather in Madrid plays havoc with the La Liga fixture calendar this weekend.’

AS went with: ‘Filomena freezes La Liga – Zinedine Zidane’s Real Madrid arrive in Pamplona at midnight ahead of their clash with Osasuna after being delayed for hours at Barajas Airport.’