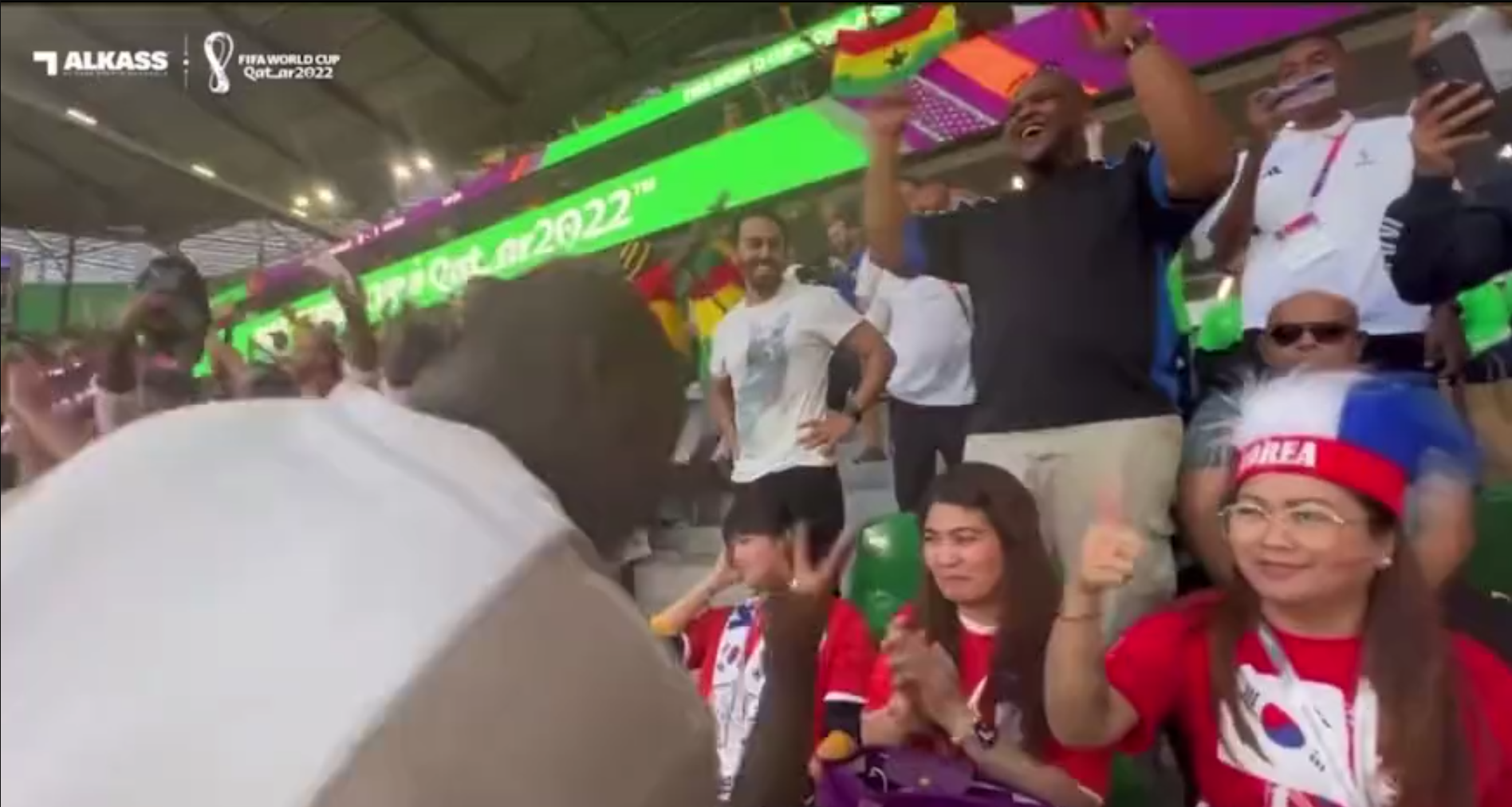 Mohammed Salisu and Mohammed Kudos gave Ghana a two-goal lead in the first half but two goals in three minutes from Cho Gue-sung put South Korea back on level terms on the hour-mark.

With Uruguay and Portugal making up the rest of the group, both Ghana and South Korea needed three points today to boost their chances of qualifying going into the final group stage clash.

And it was Ghana that secured a crucial three points when Kudos grabbed his second of the afternoon to break Korean hearts.

There was over 43,000 packed inside the Education City Stadium to watch the two teams and there was plenty of mixing in the stands between the sets of supporters.

While one supporter chose to completely ignore him, another sarcastically applauded his behaviour and the third simply put her thumb up.

Ghana face old adversaries Uruguay in their final group match and they’ll be looking for revenge on the South Americans after their defeat in the 2010 World Cup quarter-finals.

Luis Suarez famously blocked a goal-bound effort with his hands in the final minute of the clash in 2010 and he watched on from the sidelines following his red card as Asamoah Gyan skied his penalty.

Uruguay then beat Ghana in a penalty shootout and in doing so blocked the country from becoming the first African nation to reach the semi-final stage of the World Cup.