Neville: “He’s a really good player. He’s going to have a great career. Manchester United have sent him out to West Ham to boost his career, maybe with the thought of boosting his price tag, but they might be thinking, ‘actually, we might want him back, he could be a real help to us'” 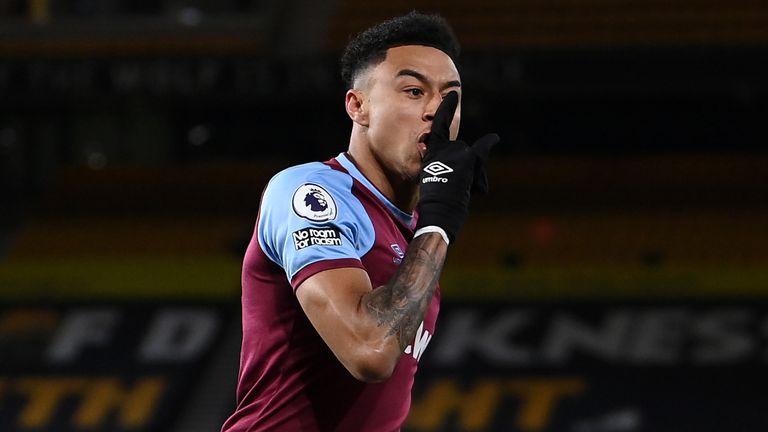 Lingard, who now has six goals in eight games for the Hammers, starred and opened the scoring against Wolves in stunning style six minutes in when he ran 60 yards and left Leander Dendoncker and Romain Saiss trailing to beat Rui Patricio.

The 28-year-old, on loan from Manchester United until the end of the season, also played a crucial part in West Ham’s second goal, keeping the ball in play and flicking it into the path of Arthur Masuaku, who crossed for Pablo Fornals to find the corner of the net. 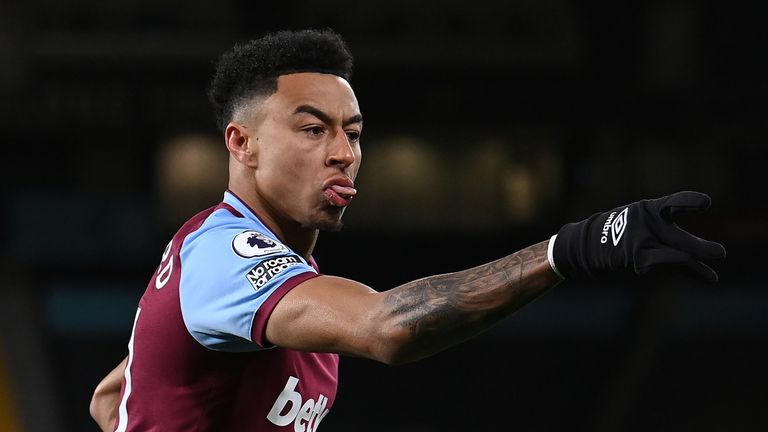 West Ham were rampant and so was Lingard, as he set up Jarrod Bowen for the third, taking his total goal contributions to 10 in just eight appearances for the Hammers.

Neville was full of praise for Lingard, saying he could still have a future at Old Trafford.

“He does an incredible amount of running,” Neville told Monday Night Football. “It’s what he does. He’s good out of possession and good in possession.

9 – No player has been involved in more Premier League goals than Jesse Lingard since his debut for West Ham on February 3rd (6 goals, 3 assists). Rebirth. #WOLWHU

“At Manchester United. because there is that expectation of what you need to be, to be a wide player there, he’s always going to get a difficult press.

“But if he was playing in a world-class team, if he was, say, Ji-Sung Park 10 years ago playing with Ronaldo and Rooney, doing that supplementary role, then people would be saying he’s perfect for this squad. “The problem is he was not playing in Manchester United teams as good as that, so he gets a bit of stick.

“He’s a really good player. He’s going to have a great career. Manchester United have sent him out to West Ham to boost his career, maybe with the thought of boosting his price tag, but they might be thinking, ‘actually, we might want him back, he could be a real help to us’.

“If Jesse wants to play, and you can see he does want to play, then he needs to leave, because he’s not going to play every single week for a Manchester United team that’s competing for second or first place in the league.

“But if he’s willing to go back there and compete and be the player that Dan James has been for the last few weeks, in and out, then there’s no doubt he can play for Manchester United.”

‘We are ready for top-four battle’ 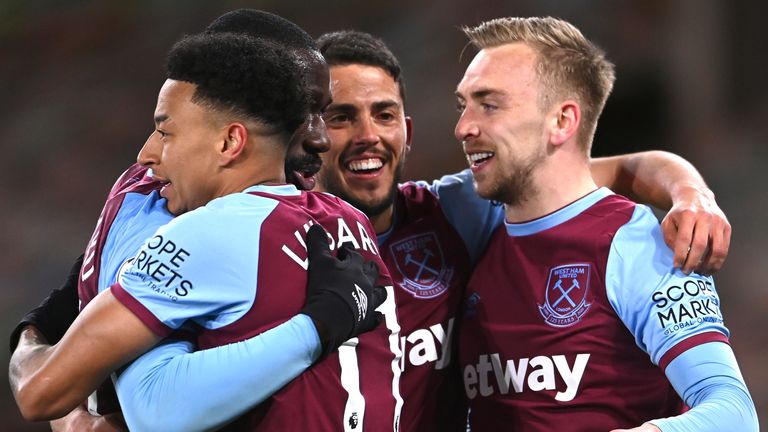 “It was a tough game. We had to work hard. We kept at it. I thought it would be another Arsenal, conceding just before half-time. But the lads kept their focus. We come out second half a bit better. It was about managing the game.”

On his goal: “It was two versus two and we work on that in training, Michail took a man away with his run. There is always room for improvement. It is a great victory and we take the positives.”

On his good form: “It is consistency. I have not played much in the last two years so to play week in week out is good. The team help me.”

On race for the top four: “It is about maintaining and keeping focus. We have tough fixtures, but the lads are ready.”

Man of the match – Jesse Lingard

His performance against Wolves earned him the man-of-the-match award.

🍾 Man of the Match is West Ham's @JesseLingard

West Ham boss David Moyes: “He was fantastic tonight. For 20-30 minutes he was incredibly good and for the rest of it, he was a team player. I was telling him how well he has played. I’m probably a manager who doesn’t say that very often, but he deserved that after his performance tonight.”

West Ham captain Mark Noble: “Jesse (Lingard) makes the right decisions, he is a top player and has made a real difference to our team.”

Lingard not in Nev and Carra’s England squads 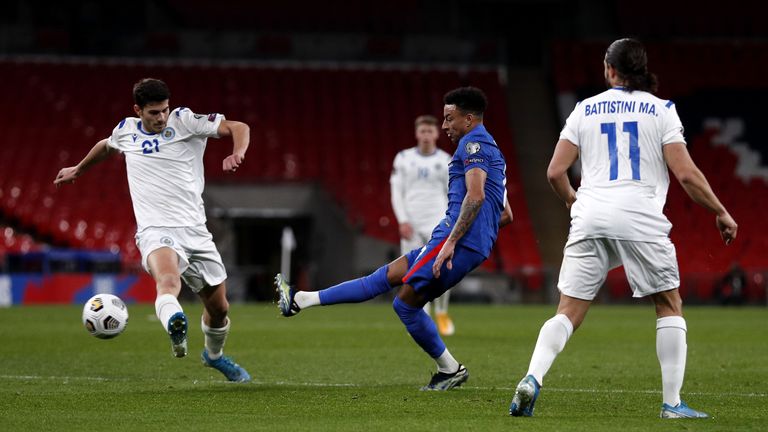 Lingard’s resurgence saw him recalled to the England squad for last month’s World Cup Qualifiers, and with Euro 2020 just around the corner, he will be hoping to push his way into Gareth Southgate’s squad for the tournament.

However, with Neville and Jame Carragher picking their England squad for Euro 2020 on Monday Night Football, there was no place for Lingard, despite his performance against Wolves.

On Lingard, Carragher said: “I just think with (Mason) Mount, (Phil) Foden and (Jack) Grealish, not exactly the same but those types of players, I couldn’t leave one of them out.

“Lingard’s probably got the energy and the pace really but I couldn’t get him in.”

Neville added: “I came to the same conclusion. If you’ve got Mount, Grealish, (Raheem) Sterling and Foden, you’ve got enough players who can play in that connection position and do that role.”