Who could replace Lukaku at Chelsea?

Gary Neville’s prediction after Manchester United re-signed Cristiano Ronaldo last summer should serve as a warning to Chelsea. The Blues are linked with a move for five-time Ballon d’Or winner, who is reportedly seeking to leave the Red Devils are just a single season back.

United endured their worst-ever Premier League season to date, and missed out on Champions League football after a dismal end to the campaign under interim boss Ralf Rangnick. Ronaldo’s status in the side was subject to constant scrutiny, but the former Juventus and Real Madrid striker still scored 24 times in all competitions.

The 37-year-old has one year left to run on his deal at Old Trafford, but has not joined Erik ten Hag’s side on their tour of Thailand and Australia. With less than a month to go until the start of the season, United are facing the prospect of replacing a club legend while finding a club with the financial muscle capable of signing Ronaldo.

Chelsea have emerged as the early frontrunners, with doubts raised over whether Napoli would be capable of raising the fund necessary to broker a deal. Thomas Tuchel’s side made a promising start to last season on the back of their Champions League success, with many predicting a three-horse race for the Premier League title. 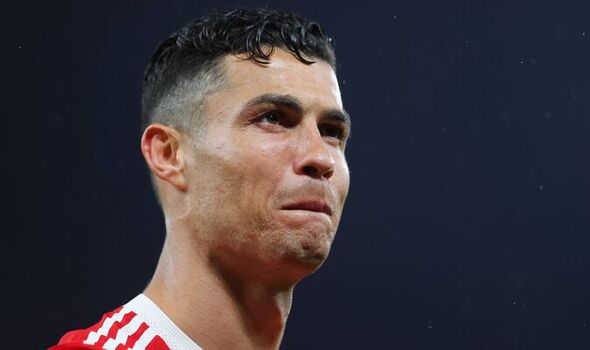 However, the Blues fell away as the season went on and eventually held on to a third-placed finish, finishing 19 points behind champions Manchester City. It bears a striking similarity to United the previous campaign, as Ole Gunnar Solskjaer’s side were 22 points adrift of their rivals despite coming second.

Ronaldo’s arrival alongside the deals for Jadon Sancho and Raphael Varane were viewed by some as moves that could close this gap for the Red Devils. However, Neville insisted back in August that the return of the legend would not be enough to overcome this deficit.

He told Sky Sports: “I made the predictions on Monday Night Football that it would finish Man City, Chelsea and Man United I’m not going to change that. I don’t think the Ronaldo signing makes them a better team that Chelsea who won the Champions League winners last season and Man City were 20 points clear.” 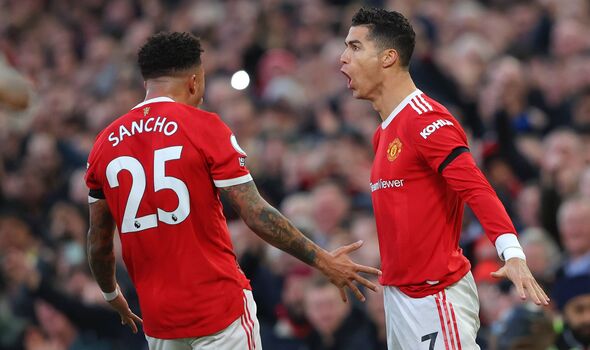 Neville was proven correct, as United saw the gap increase even further as they eventually finished the season 35 points behind Pep Guardiola’s side. It is a warning which Chelsea should heed as they bid to lift themselves into title contention in their first season after Todd Boehly’s takeover.

Tuchel is facing up to an attacking reshuffle, with Romelu Lukaku’s nightmare ending after a single season with a loan return to Inter Milan. However, a move for Ronaldo would likely see a familiar tactical conundrum arise once again as the Blues boss would have to work out how to accommodate another static frontman.

Ronaldo’s unmatched record brings a guarantee of goals which will always make a move for the veteran performer tempting. However, the return experiment at Old Trafford suggests it would likely be a costly mistake Chelsea would do well to swerve.