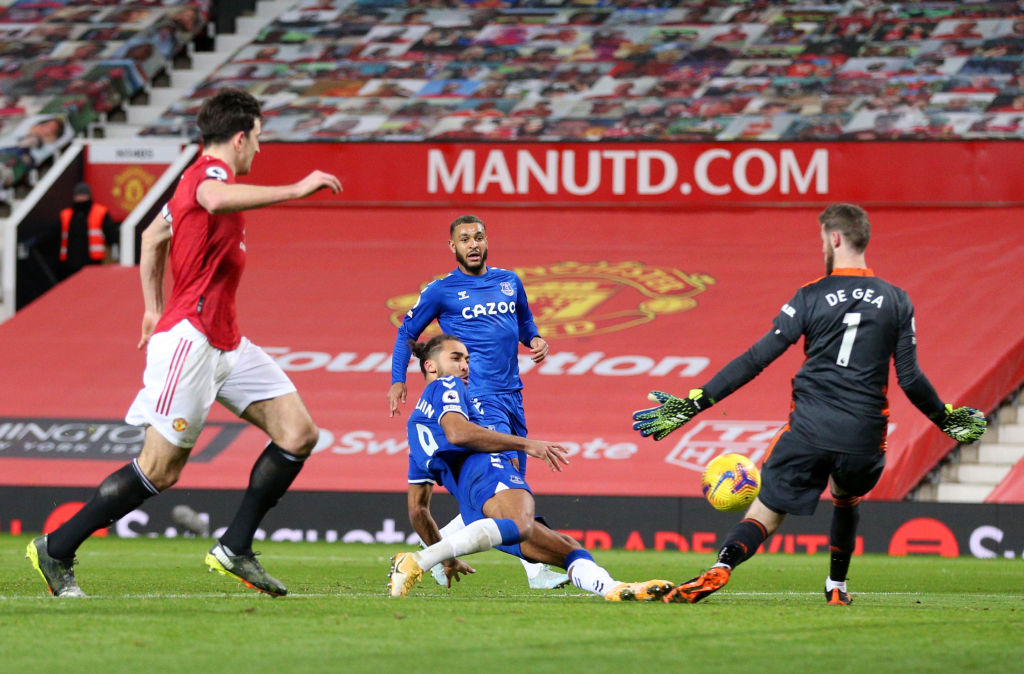 Gary Neville has criticised David de Gea for his part in Dominic Calvert-Lewin’s late equaliser after Everton came from behind to rescue a point against Manchester United in a thrilling 3-3 draw at Old Trafford.

United went into the break 2-0 up courtesy of goals from Edinson Cavani and Bruno Fernandes but De Gea’s soft parry which fell straight to Abdoulaye Doucoure allowed their opponents back into the game early on in the second half.

James Rodriguez levelled up the scores before Scott McTominay’s header gave the Red Devils their lead back after 70 minutes.

However, in the fifth minute of stoppage time, Calvert-Lewin latched onto a flick-on from Lucas Digne’s free-kick and prodded past De Gea into the back of the net.

United’s No.1 was slow off his line and failed to block Calvert-Lewin’s effort, and speaking to Sky Sports after the match, Neville was critical of the goalkeeper.

‘David de Gea, there, at the end. He doesn’t even come out in line with the ball,’ the Red Devils legend said.

The result meant United missed out on the chance to go level on points with league leaders Manchester City, who have two games in hand.

Solskjaer admitted his side ‘shouldn’t be considered title-chasers’, but he neglected to criticise De Gea for his shaky performance.

‘We’ve come a long way this team. We shouldn’t even be considered as title-chasers. That’s one for you [the media] – we’ve got to be better as a team and let’s see where we end up. Going forward, we need to stop conceding easy goals.’

‘I wouldn’t blame anyone on the goals,’ he added.

‘But we know we could have done better to defend all of them.’ 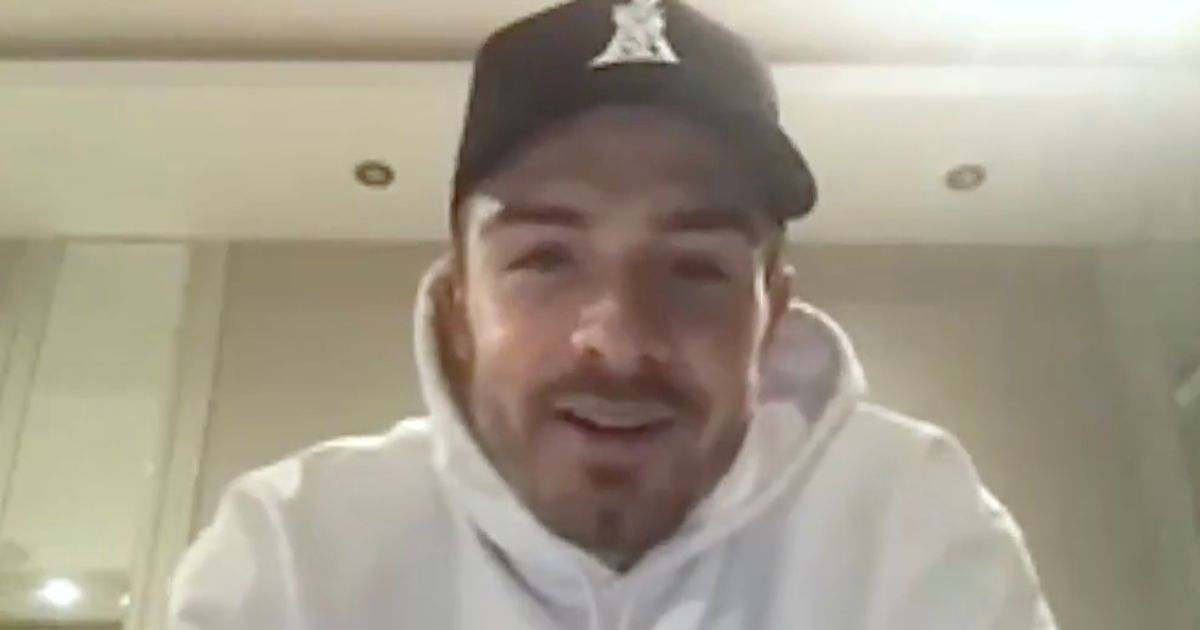 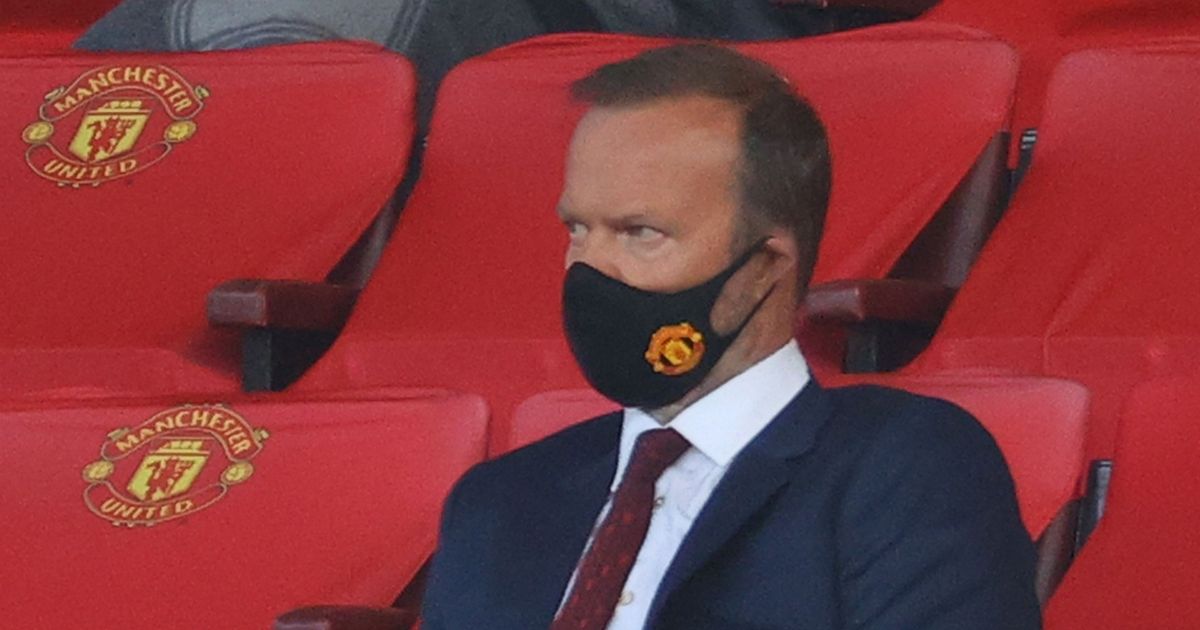 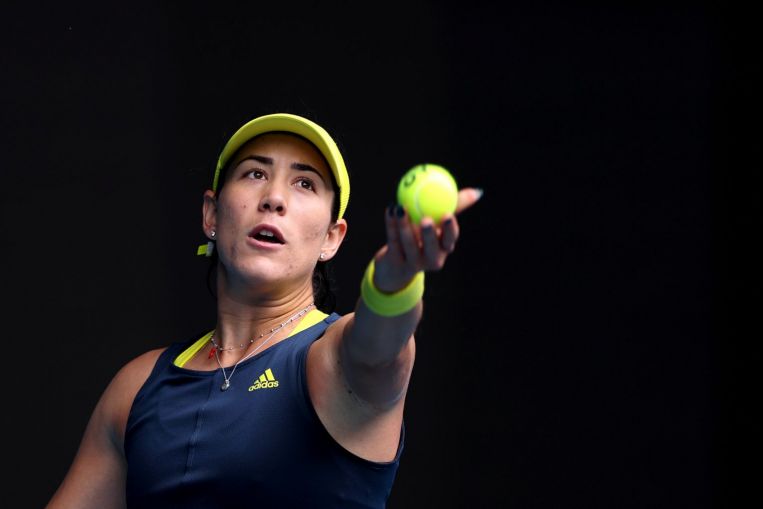 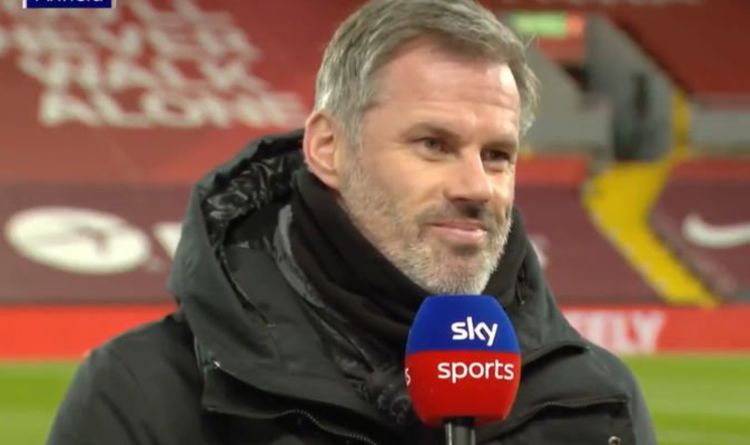