Both impressed during the Premier League side’s comfortable 4-0 win over League Two club Morecambe in the FA Cup third round on Sunday.

Hudson-Odoi scored his second goal in two matches while Gilmour made back-to-back appearances after coming off the bench during Chelsea’s 3-1 defeat to Manchester City last Sunday.

“Callum is improving and improving, yet there is also much more to come from Callum,” said Lampard. “I think his application in training, his desire to look at his game, is great.

“And his goal was a fantastic example of someone running to break the lines and ending up where a striker would be. That is what modern-day wingers have to do.

“In terms of how long until he makes his case, he’s making it now. In this team we have three natural wingers and another who can play in that position.

“At times I am going to have to make selection decisions and sometimes he will be in, and other times he won’t be.

“But right now the way he is playing, he’s assisting and scoring goals and that is making me really happy.

“There has been an uplift from Callum and there are more gears for him to go up. When he is playing like he’s playing, it’s good to expect more from him. 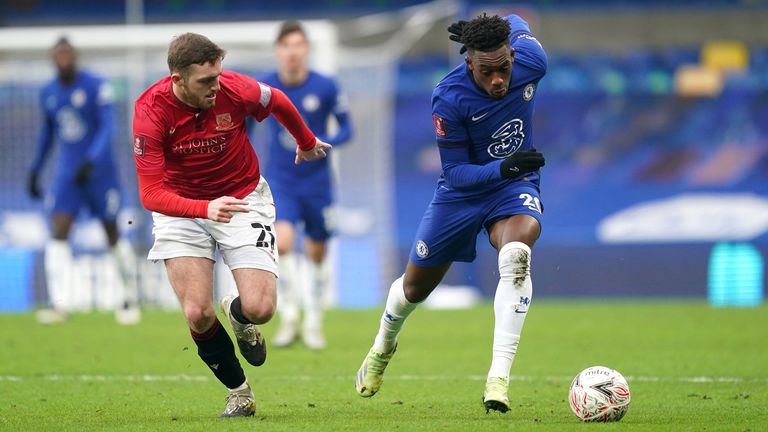 “I think Billy Gilmour is pushing too and I think Billy has been pushing since he made his breakthrough last season against top-level opposition Liverpool.

“He played brilliantly then, got man of the match and reproduced that against Everton, but then his injury came pretty soon after that.

“From those moments and even before, I knew Billy would be a very, very good player for this club, to say the least, even at his young age.

“He came in and moved the ball well and he did it when he came on against Man City last week.”

The Chelsea head coach believes his midfield system of deploying two number eights can become “more dangerous” for Chelsea and allow his attacking talents to flourish.

Lampard has developed a bespoke 4-3-3 formation in a bid to squeeze Kai Havertz and Mason Mount into the same midfield, while at the same time generating space for two wingers. 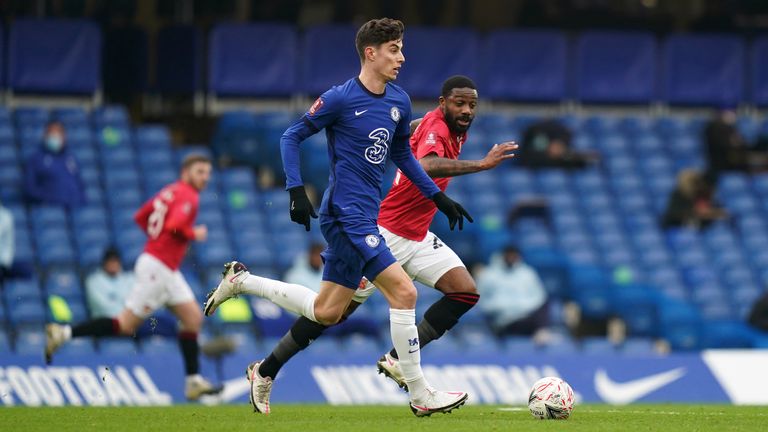 The under-pressure Chelsea boss admitted he is aware of question marks around his set-up, with some calls to find space for a natural central playmaker.

But the former Chelsea and England midfielder insisted that, at its best, his Blues blueprint can harness the greatest potency from his myriad attacking talents.

“I’ve heard some people talk about the system with two eights as though they have to run in straight lines up and down the pitch,” said Lampard.

“It doesn’t have to be that way when you have players with different qualities like Mason Mount, Kai Havertz, Mateo Kovacic, N’Golo Kante.

“These players play in different ways and arrive between the lines and sometimes into the area inhabited by an orthodox number 10.

“And that can be more dangerous than a number 10 that just stands there all day. They can be, for me, more dangerous, but those are the things that need time.”