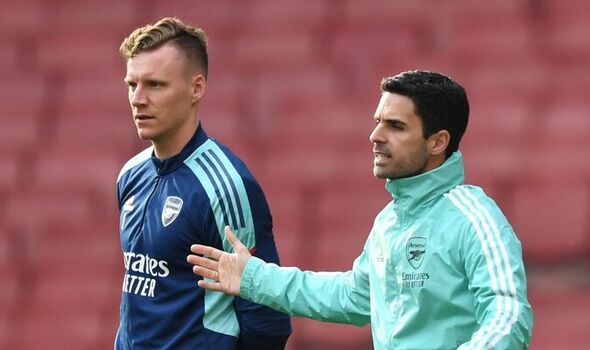 Arsenal are now working relentlessly to offload a number of the club’s fringe players in order to fund more summer acquisitions. The Gunners are Europe’s biggest spenders having forked out £118million on transfer fees so far this window after securing five signings in the form of Marquinhos, Fabio Vieira, Matt Turner, Gabriel Jesus and Oleksandr Zinchenko, respectively.

Yet Edu’s work is not done yet and there is hope that a new winger and central midfielder could also arrive before the window closes on September 1.

For now, the focus has shifted to player sales and there are a number of potential departures seemingly in the works.

Goalkeeper Bernd Leno has been the subject of negotiations with Fulham but the two London clubs had been far apart in terms of their valuation of the former Bayer Leverkusen shot-stopper.

After Fulham began to look at other possible targets including Barcelona’s Neto and former player Sergio Rico, Arsenal have now lowered their asking price. 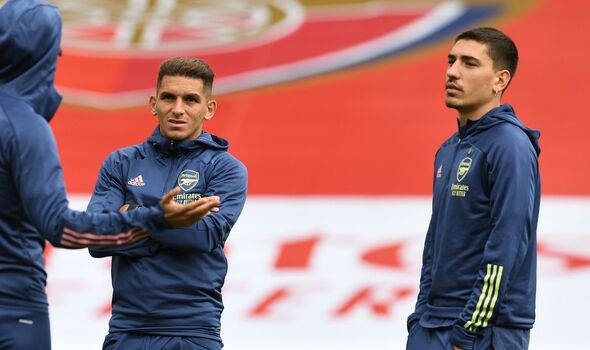 It’s understood Arsenal are now willing to sanction a sale at around £8million as all parties edge closer to an agreement.

Leno wants the move and has already agreed terms with Fulham, where he is expected to play regularly once again ahead of November’s World Cup in Qatar.

Nuno Tavares could also join Atalanta on loan as the Italian club look to close a deal for the Portuguese left-back, who arrived last summer from Benfica for around £6.8m.

Arsenal are yet to decide whether they would be willing to include an option to buy within the agreement, as they believe Tavares is still a talent for the future.

Marseille, Brighton and Real Sociedad have also shown interest in Tavares as the Seagulls continue to fend off interest in Marc Cucurella from Manchester City.

The idea behind his loan to Atalanta is that he would be playing regular football in an attack-minded team that will be competing for European football next season.

Hector Bellerin has worn the captain’s armband in pre-season for Arsenal but he is expected to return to La Liga with Real Betis – the club he supports – following a productive loan spell.

Betis are now trying to find the funds for a move as talks continue with Nottingham Forest over Alex Moreno and Steve Cooper’s new midfield target William Carvalho.

The Spanish club are expected to make their move before the end of the transfer window and Arsenal will consider a sale with the full-back now in the final year of his contract.

Another player who is heading towards the exit door is Lucas Torreira, whose agent is already working on his next destination following a loan spell with Fiorentina.

The Uruguayan has an agreement in place on personal terms with Valencia but Los Che are yet to make an offer for Torreira.

Arsenal had been expecting to pocket £12.5m for the industrious midfielder from Fiorentina but La Viola couldn’t finance their option to buy the player.

Torreira has also attracted interest from elsewhere in Serie A with Juventus and Roma among those linked, among others.