Former Arsenal boss Unai Emery stuck his middle finger up to the camera in a hilarious comeback to a fan after being mocked over his English.

The current Villarreal manager was sacked after just 18 months in charge of the Gunners following a series of poor results and a winless run of seven games.

Emery failed to win the fans over and even mocked him during his time at the Emirates Stadium after taking over from long-serving boss Arsene Wenger, not just for their fortunes on the pitch, but for his grasp of the English language. 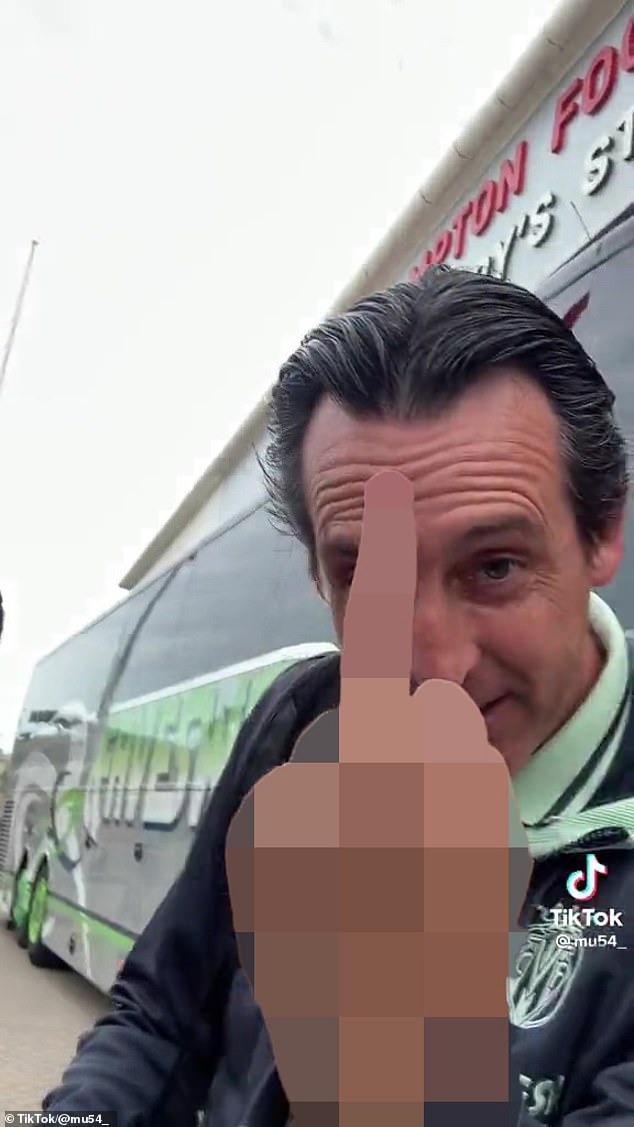 The Spaniard has, however, since gone on to win the Europa League at Villarreal and made it all the way to the Champions League semi-finals this season, where they were knocked out by Liverpool.

He has a proven record as a manager, having won the Europa League on four occasions in total, predominantly with Sevilla.

Supporters lined up outside St Mary’s after the LaLiga side’s 2-1 pre-season friendly win over Southampton. 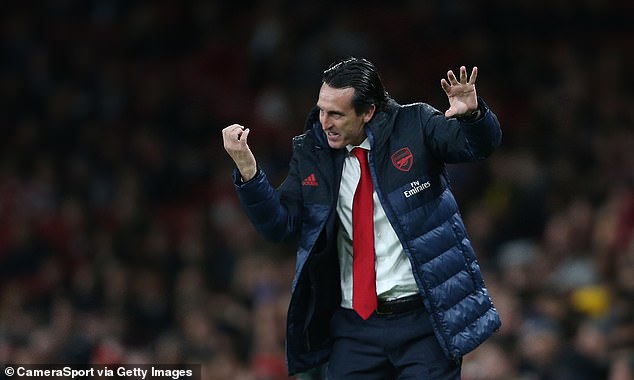 As they asked for autographs, one said: ‘Can you say, ‘Unai Emery, good ebening,” in reference to the way he always started press conferences.

Emery gave a polite smile and then one quipped: ‘Unai Emery I think you done very good at Arsenal.’

The 50-year-old responded in a hilarious manner, as stuck his middle finger up at the lads, while staring into the camera and nodding – much to the disbelief of the fans.

Fans have even rushed to his defence and praised him for shutting down the supporters comments outside of the ground.

One fan said: ‘He meant that from all his heart. good on him taunting him and disrespecting him all these years.

A second posted: ‘Brilliant, fair play to him.

A third added: ‘He wasn’t having a good ebening.

Another simply tweeted: ‘Fair play to him disrespectful little dweebs.’