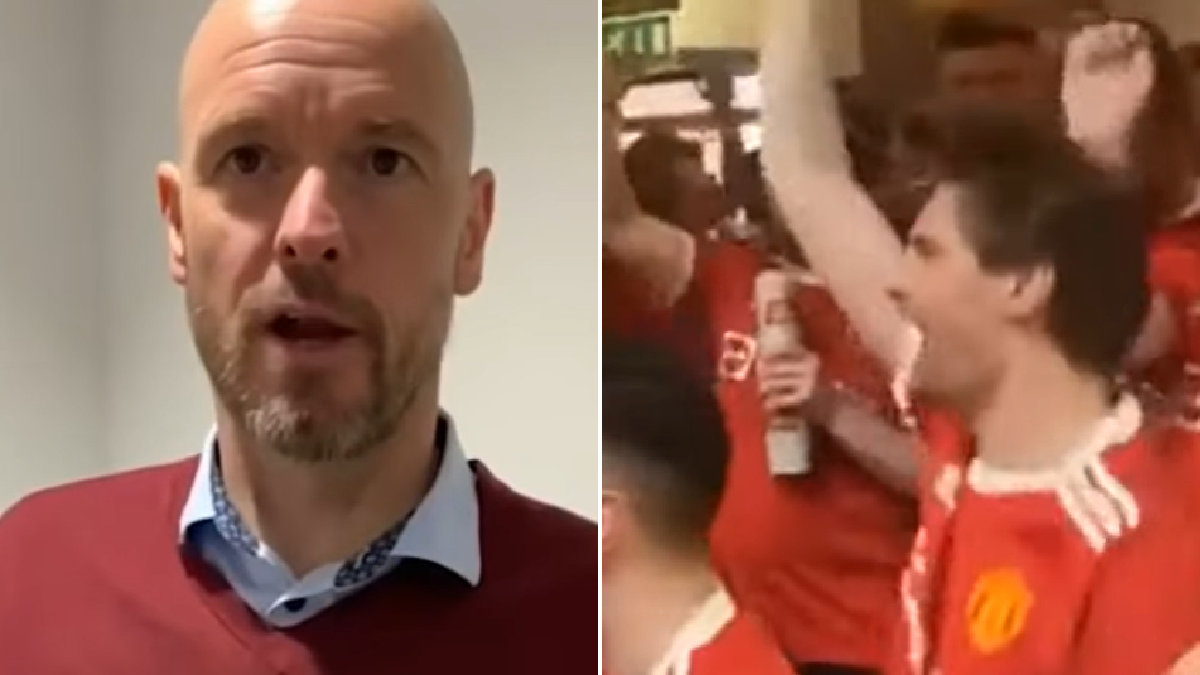 Erik ten Hag doesn’t start work as Manchester United’s new manager until next month, but he already has a chant dedicated to him.

The 52-year-old was confirmed as Ralf Rangnick’s permanent successor last month after he impressed United chiefs during an extensive recruitment process.

Ten Hag will inherit a fractured dressing room and an unbalanced squad that has missed out on Champions League qualification, as well as one that will finish the season with United’s lowest ever Premier League points tally.

The Dutchman’s appointment, however, has been greeted with great enthusiasm by a fanbase which has been greatly encouraged by the work he has done at Ajax.

And, even before his arrival, United supporters have come up with a chant, to the tune of Fat Les’s terrace favourite Vindaloo, that has gone down well with Ten Hag already.

Asked if he had heard the chant earlier this week, Ten Hag said: ‘I have seen that. It’s creative, well-found. Playful, fun.’

Ten Hag, meanwhile, was slightly more guarded on the prospect of him bringing several of his United charges with him in the summer.

United have been linked with the likes of Jurrien Timber, Lisandro Martinez and former West Ham striker Sebastian Haller.

‘No, there are no agreements about that,’ said Ten Hag when asked if Ajax would block any United moves for their star players. ‘I now have very good players, but it’s not an issue at all.’