‘Entertainment guaranteed on and off the pitch’: Allan Saint-Maximin compares himself to a SEX TOY in hilarious tweet after fans compile a collection of VERY racy images involving Newcastle star

Newcastle United’s Allan Saint-Maximin has responded to people comparing him to a sex toy, leaving fans of the skilful winger in hysterics.

The Frenchman is known for his light-hearted social media interaction with fans but his latest communication took many of his 351,000 Twitter followers by surprise.

Saint-Maximin was sent a thread comparing him to a collection of different coloured sex toys prompting the fan-favourite to reply, leaving fans in stitches. 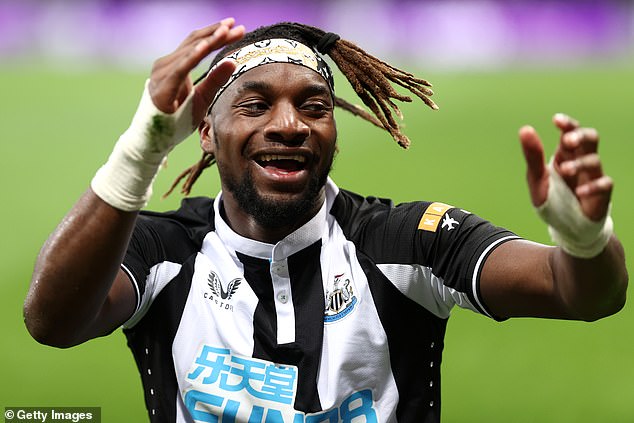 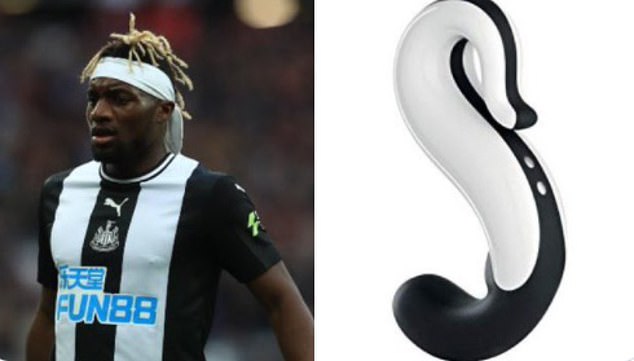 In response, the Frenchman tweeted: ‘Entertainment guaranteed on and off the pitch.’

A Twitter user said: ‘You can’t be serious, how are you casually tweeting that’ – followed by laughing emoji’s.

Another tweeted: ‘He doesn’t even play for my team and I genuinely love this guy.’

A third said: ‘He is literally is the King of Twitter. All hail King @asaintmaximin.’

Saint-Maximin joined Newcastle from French side Nice in 2019 and instantly became a hit with the Toon Army with his skilful play and big personality.

The 25-year-old notched five goals and assists in 35 appearances this season, helping steer Newcastle away from the bottom three and to a comfortable 11th-placed finish.

Despite Newcastle’s huge upturn in form in the second-half of the season, Saint-Maximin registered just two goal involvements during that time – something he will be looking to improve on next term.

Despite his popularity on Tyneside, Saint-Maximin continues to be linked with a move away from St James’ Park, with Aston Villa manager Steven Gerrard keeping close tabs on the winger.

His contract at Newcastle runs until 2026 after signing an improved deal in October 2020 and any move for him will require a hefty sum for boss Eddie Howe to part ways. 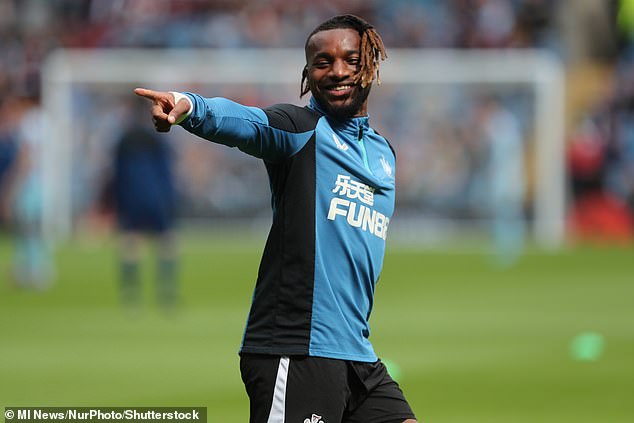