Follow all the action as England face Switzerland as Gareth Soutgate’s squad continue their preparations for the Qatar World Cup later this year.

England secured their place at the World Cup via a stellar qualifying campaign, winning seven out of eight games to top the group, with Southgate now refining his squad for the tournament. There are unlikely to be huge changes to the side that came so close to glory at the Euros last summer, but the likes of Marc Guehi, Tyrick Mitchell and Kyle Walker-Peters will all have the chance to state their case after receiving maiden call-ups to the senior squad.

There are some notable absentees from the squad, with Marcus Rashford and Jadon Sancho both left out, while Ben White will be hoping to put pressure on Harry Maguire’s position in central defence amid the Manchester United captain’s torrid run of form. Tammy Abraham has been in prolific form this season for Roma and has established himself as the clear second-choice striker behind Harry Kane, however, his withdrawal due to injury has instead presented Ollie Watkins with another chance to make an impression. Reece James, Kyle Walker, Trent Alexander-Arnold and Aaron Ramsdale are also all unavailable.

Follow all the latest updates below from England vs Switzerland:

England have already named their team and now Switzerland have revealed who will go up against them.

Will they be able to beat England at home? We will find out in just over an hour’s time.

The Tottenham striker and Three Lions captain is currently five short of Rooney’s tally of 53.

England face friendlies against Switzerland today, and the Ivory Coast the following Tuesday, after which Kane could be within touching distance of the all-time record.

Do you think he will be able to break the record in the next week? Or will the captain have to wait a little longer to get his hands of the historic achievement? 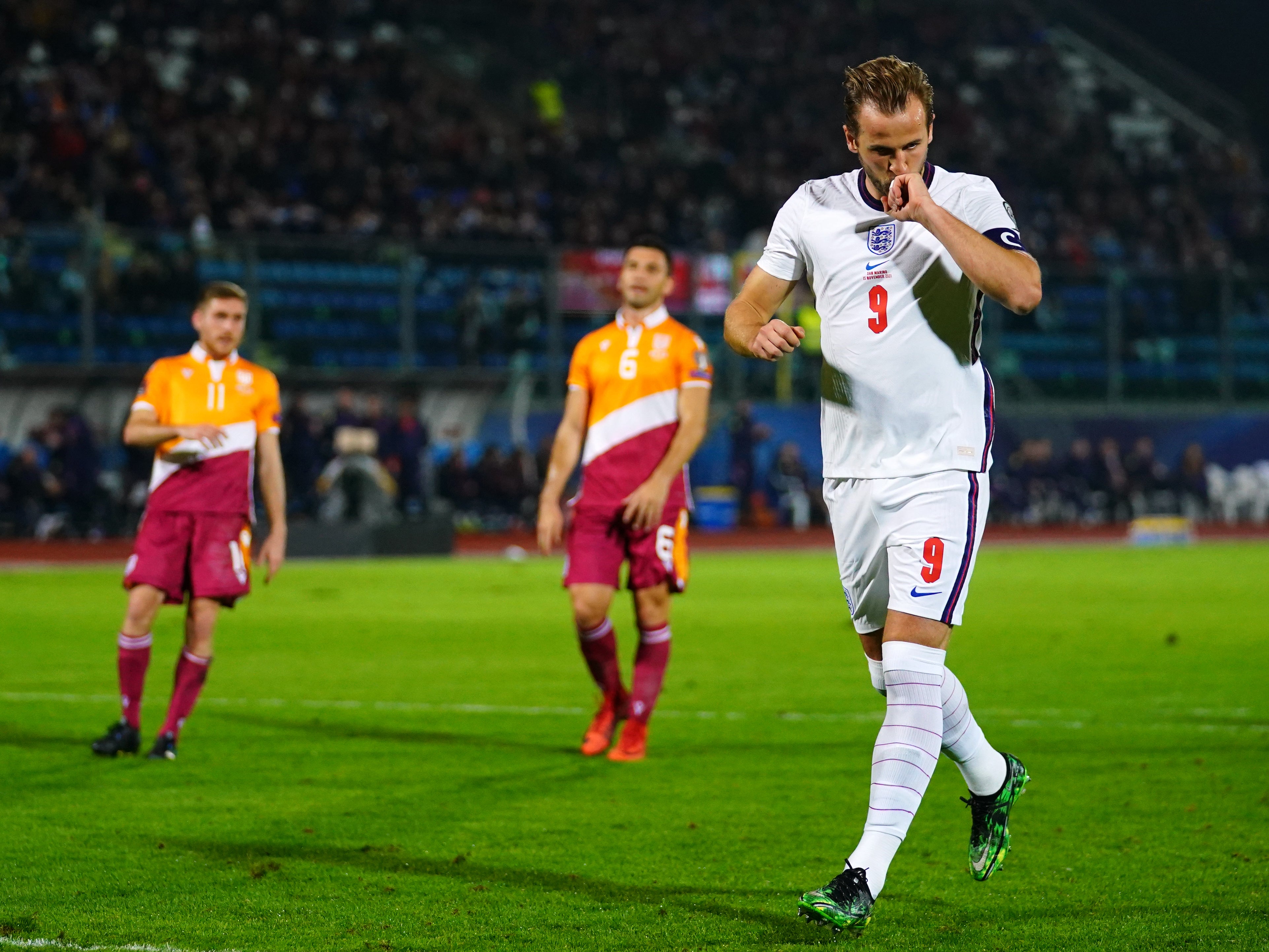 Is Italy’s loss haunting for England?

It was a shock to the football world when Italy were once again knocked out of World Cup qualification, especially as they are the reigning Euros champions.

Of course, the Italians defeated England in the final of Euro 2020 on penalties and so is Italy’s loss to North Macedonia haunting for England? A moment of what could have been?

Our reporter Jack Rathborn has taken a look at the question, writing: “If Gareth Southgate and everybody watching didn’t already know the Three Lions had spurned a glorious opportunity, they do now.

“Italy’s fluctuating form over many years, even if they did put together a 37-game unbeaten streak, further intensifies England’s regret, though it may fuel motivation to seize redemption later this year too. Their pain should also shine a light on Southgate’s ability to cruise through qualification, something that has routinely been under-appreciated.” 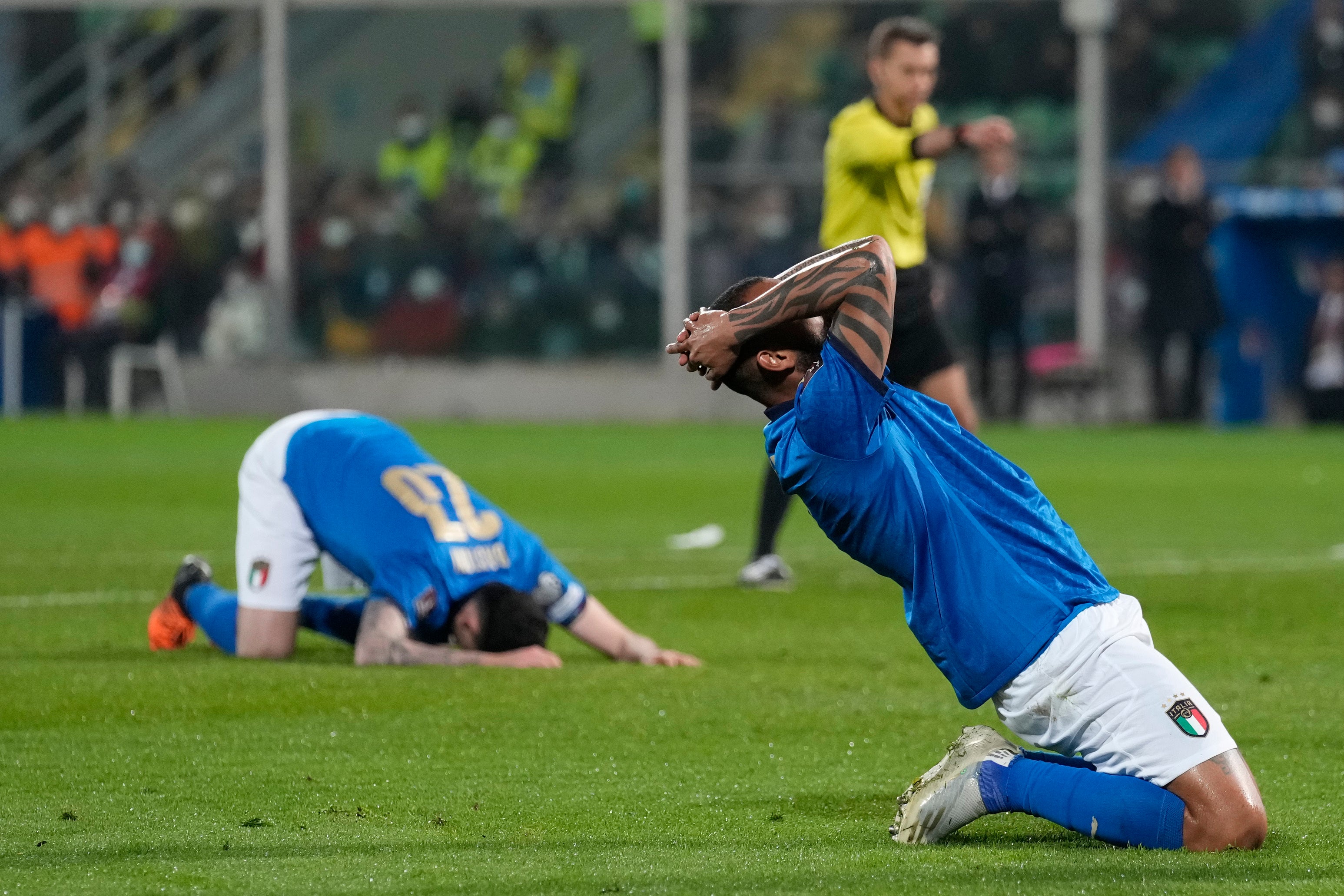 The Azzurri failed to qualify for the World Cup for the second consecutive time, leaving Gareth Southgate’s men to wonder what might have been

England have gone slightly earlier than I expected with their team news but fans can dig into selection ahead of the match.

Jordan Pickford still gets the goalkeeper shirt despite his poor form at Everton with Mason Mount, Phil Foden and Harry Kane lining up in the front three.

I’ll bring you Switzerland’s team news as soon as I have it.

Bukayo Saka to not be involved

The team news for both England and Switzerland will drop around 4.30 but for those trying to guess who will be on the sheet you can cross off Bukayo Saka.

The youngster had to leave the England camp earlier this week after testing positive for Covid. He tweeted after saying he would support the boys from home in the friendly.

The Football Association said: “Bukayo Saka has left the England camp having tested positive for Covid-19. The Arsenal player had been isolating from the rest of the squad at St George’s Park since Wednesday and has now returned home.

“No further replacements are planned with a squad of 24 in place for the forthcoming fixtures.” 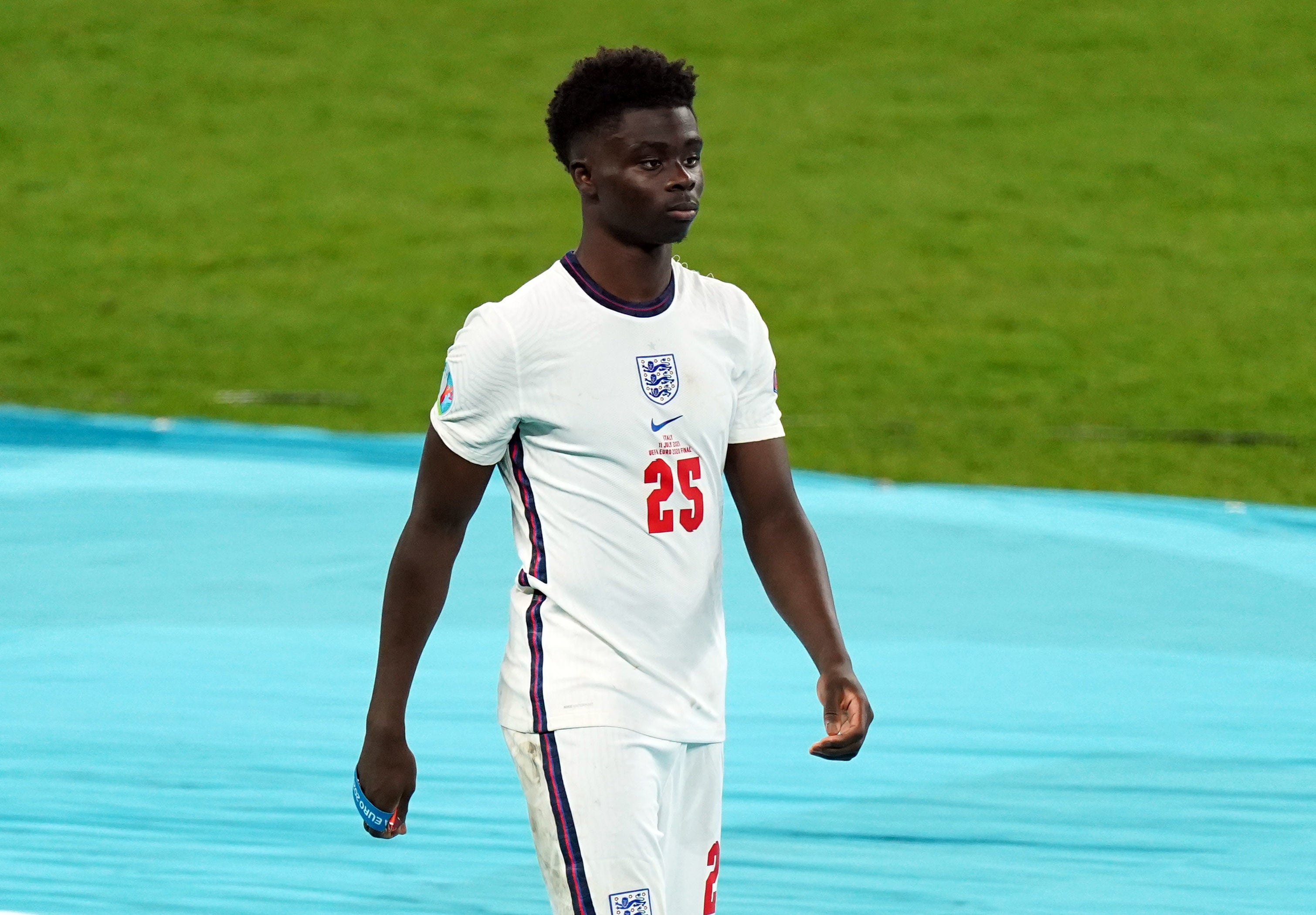 Bukayo Saka out of England squad after positive Covid test

More on Gareth Southgate as he has been asked tough questions about the World Cup being held in Qatar.

Boycotting the tournament would be the most drastic and powerful protest possible, from a group of players who have earned a reputation for speaking out on social issues, but Southgate cast doubt on whether it would be useful in bringing about change.

“I don’t really know what that achieves. It would of course be a big story but this tournament would go ahead,” the England manager said.

“The fact is unfortunately, the biggest issue that is probably non-religious or non-cultural is what happened with the building of the stadiums. There’s nothing we can do about that either sadly.

“I think as soon as we’ve entered the tournament that’s the point we decide. We’ve known for four years or eight years that this is going to be in Qatar.” 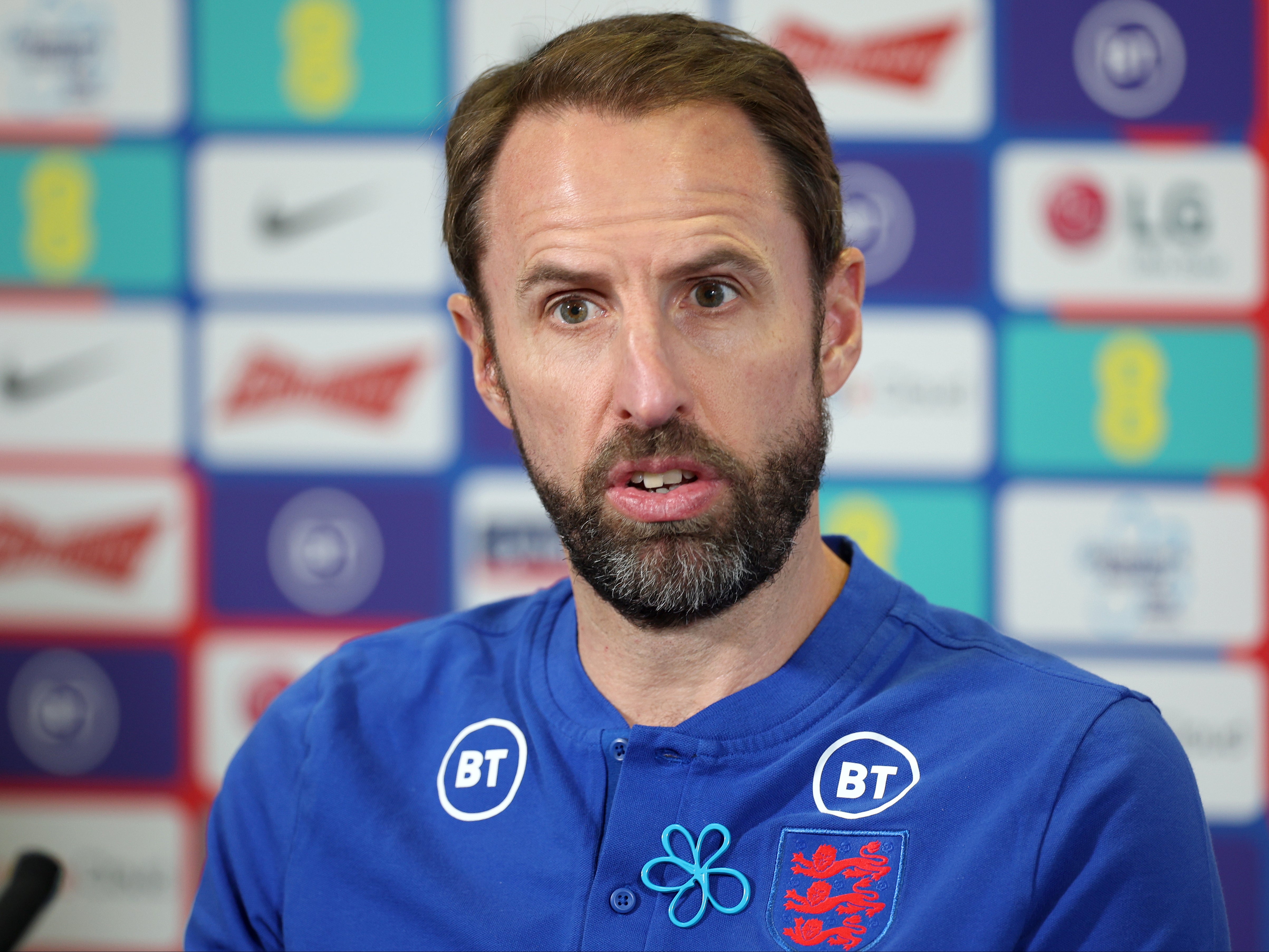 Now just a matter of days away from finding out their opponents in Qatar, the Three Lions are gearing up for the winter tournament with a Wembley double-header.

England will be without several key players for the friendlies against Switzerland and Ivory Coast but Southgate’s preparations have not been thrown off-kilter.

The 51-year-old has proven flexible during challenging moments during his reign and will use this break to help aid their approach to the World Cup.

“Always performance – we want good performances, consistent performances,” the England boss said. “We’re used to having to be adaptable and make changes so that doesn’t worry us.

“Normally, whichever team we put out, we get a consistent level from the players and that’s huge credit to them.

“When you lose players, it’s not that we sit and mope around, it’s just ‘OK, what’s the best solution and how do we adjust to the changes that we’ve got to make?’.

“We’ll do that for [these games], it’s an opportunity for everybody to get on the pitch.” 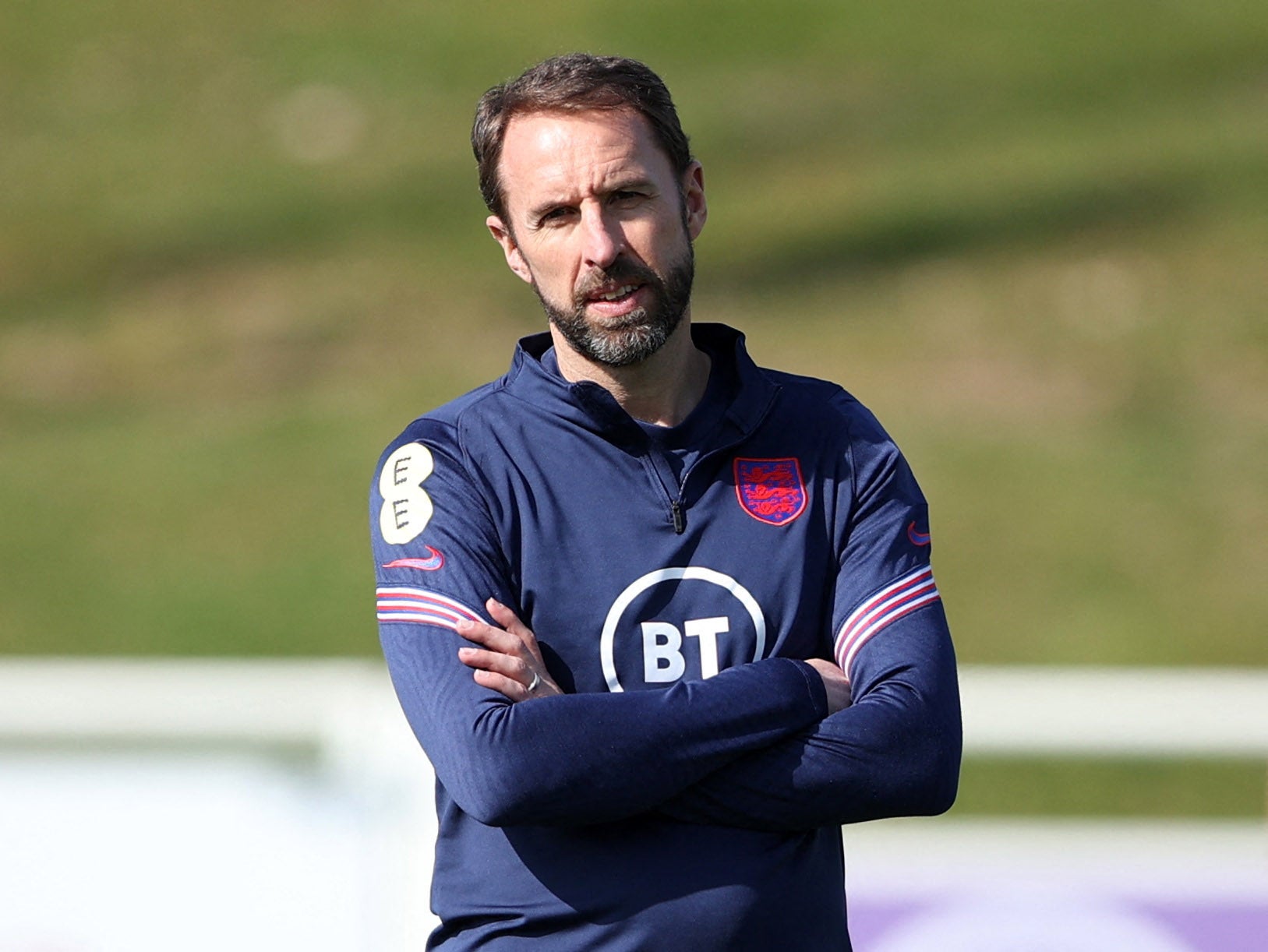