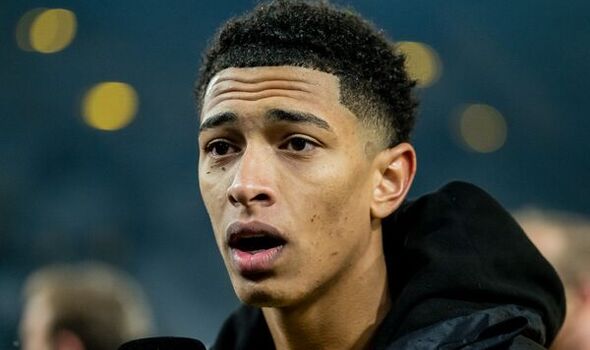 Borussia Dortmund star Jude Bellingham has sensationally claimed he has unfinished business at Birmingham City – and hopes to return to the club one day in order to help win them promotion to the Premier League. The England midfielder came through the academy at the Blues before leaving for Germany back in 2020.

During his time in the Bundesliga he has developed into one of the most talented young midfielders in Europe, and is now being courted by many of the elite clubs, reportedly including Liverpool and Real Madrid.

But speaking in an interview with The Times, the 18-year-old admitted his heart still lies at St Andrew’s – and he expressed a desire to one day go back to where it all began for him as he discussed the club’s surprise decision to retire his No.22 shirt. “If I’m honest, I probably don’t deserve it, in terms of my performances on the pitch,” he said.

“I felt like they were good, but the level you have to reach to get your shirt retired is very high. As I always say, it’s not retired but reserved for when I go back and, hopefully, take them to the Premier League.”

Bellingham is likely to spend at least one more season at Dortmund before moving on to pastures new. But he will not be joined by his lethal striker team-mate Erling Haaland, who has agreed a deal to join Manchester City in the summer.

Reacting to the news of Haaland’s departure, Bellingham continued: “I spoke with him after it was announced and told him I was really happy for him, that he was able to fulfil the next step of his journey and his dream as a footballer.

“Obviously he is a brilliant player but also a brilliant lad, and that’s one of the things I will miss the most — the vibe he brings to the changing room, the way he is with the players. A really good character to have, a winner. City are really lucky to get a player like that.

“If you look at the way he impacts games with his goals and, even when he doesn’t have the ball, when teams play against him they drop five or ten yards deeper, so it gives players like me the time on the ball to be expressive. Playing with him is really fun and I’m going to miss it next year.”

Dortmund play their final game of the season on Saturday when they take on Hertha Berlin, with Haaland likely to be given a raptuous reception as he bids farewell to his home supporters.