Turkish delight for Dele! Alli scores his first league goal in 378 DAYS as the former England star nets in his second Besiktas match in their 3-2 victory at Ankaragucu

Dele Alli has got off the mark for Besiktas in just his second game for the club.

The midfielder has made the perfect start joining the Turkish giants on loan from Everton last month in a bid to resurrect his career.

He was unveiled to a hero’s welcome after arriving in Istanbul, and has wasted no time in endearing himself to Besiktas’ fanatical fans.

He scored his first goal for the club in Sunday’s Super Lig clash against Ankaragucu.

The 26-year-old drifted into the box and got on the end of a header from Burnley loanee Wout Weghorst, producing a neat first time finish.

The goal was his first in league football in 378 days and supporters of the Turkish outfit will be hoping that it is the first of many.

Alli, 26, is hoping to reignite his career after failing to make an impact at Goodison Park since his free transfer from Spurs in January. 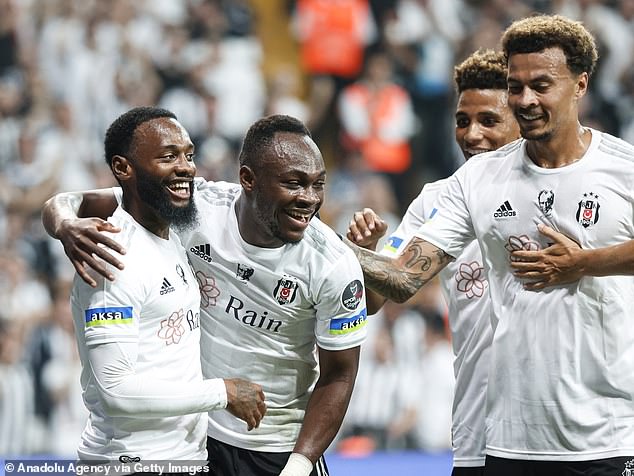