Cristiano Ronaldo laughs as son of team-mate does 'Siuuu' celebration

The Portuguese veteran, 37, moved to Saudi Arabian side Al-Nassr in January after his Manchester United contract was terminated in the wake of a shockingly critical interview with Piers Morgan.

And in a video posted to Instagram, Ronaldo is shown laughing heartily after Anderson Talisca’s young child performed his trademark pose in the dressing room. 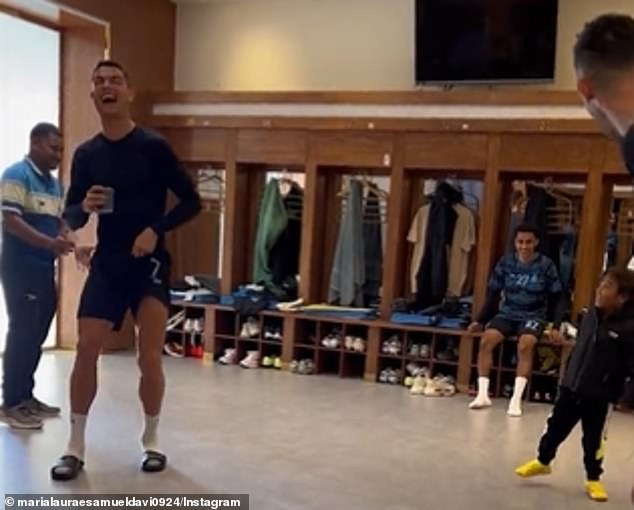 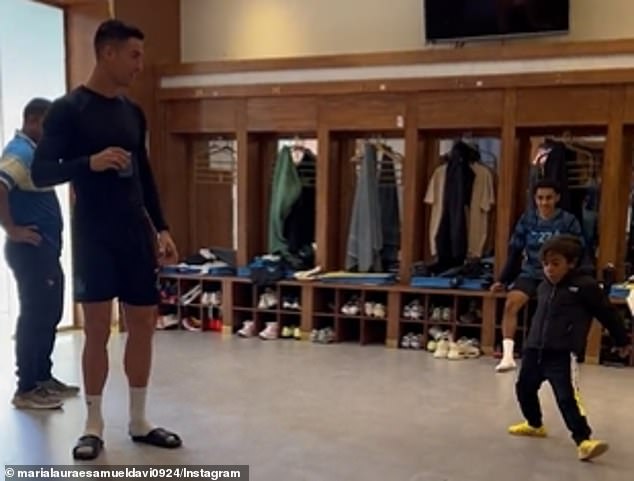 The clip, posted on Twitter, has already received more than 13,000 likes and has the caption: ‘Anderson Talisca’s son showing his siuuuuu to @Cristiano,’ followed by a yellow heart and sunglasses emoji.

Brazilian forward Talisca, 28, has scored 33 goals in 45 appearances in all competitions across his two seasons at the club, including 11 in 11 league games this campaign.

Sportsmail reported on Monday that Ronaldo will captain a Saudi All-Star XI in their friendly against Lionel Messi’s PSG on Thursday, in what will be the forward’s first game since signing a £173million-a-year deal with Rudi Garcia’s side. 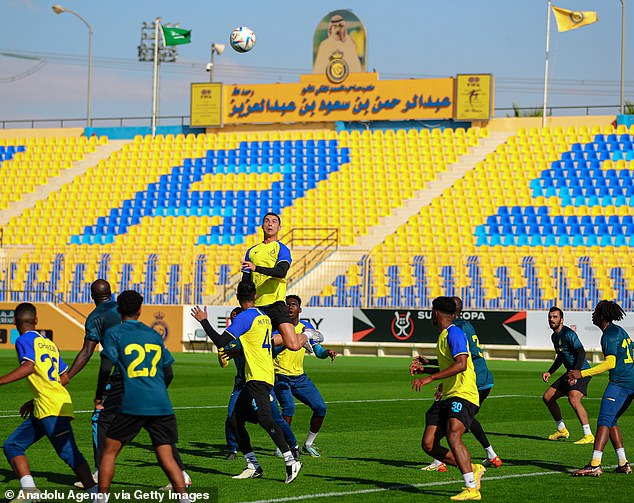 The Portuguese veteran, 37, joined the Saudi Arabian side in January after leaving Man United

Ronaldo has been presented with the captain’s armband, and is now just days away from making his debut in Saudi Arabia.

This could be the final time that the pair, who have won the Ballon d’Or 12 times between them, face each other on the pitch.

Ronaldo and Messi shared a great rivalry during their time in Spain together, playing starring roles in numerous El Clasicos for Real Madrid and Barcelona respectively.