Cristiano Ronaldo is keen to leave Manchester United this summer in favour of a move elsewhere, with Atletico Madrid keen on the Portuguese forward. However, the La Liga outfit will need to sell several of their players to make room for the striker.

According to The Athletic, if Diego Simeone’s side are to sign a new player they will need to raise £33million in player sales as well as cutting their wage bill significantly. The Spanish side will have several players in mind that they would consider parting ways with this summer, some of which have been linked to the Premier League previously.

Ronaldo has told the Red Devils that he would like to leave Old Trafford this summer, and if he is willing to join Atletico then it would only underline further how unhappy the 37-year-old is. The forward spent nine years with rivals Real Madrid, scoring over 300 goals for the club.

United have been firm about how they plan for Ronaldo to be part of their side in the upcoming campaign, whilst Erik ten Hag has been vocal about how he is excited to work with the forward. But if the club do give in, they will certainly demand a fee for their club legend’s services. Express Sport takes a look at five players who could be moved on by Atletico to fund a move for Ronaldo: 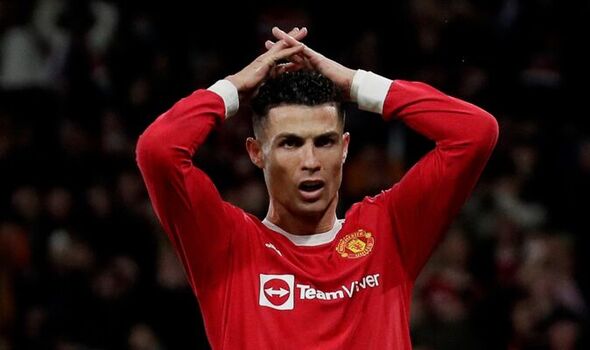 Perhaps the player that the Spanish side could drum up interest in with relative ease is Joao Felix. Since joining the club in 2019 for £113m, the Portugal international has failed to meet expectations of being one of the best young players in world football, though his raw ability is still clear to see.

Felix has been linked with a move to Manchester City this summer, whilst United themselves may be keen on the 22-year-old. The former Benfica star scored eight and assisted four in 24 league appearances last season, and more regular game time could see him progress further. Felix’s exit alone should, on the surface, be enough to fund a move for Ronaldo given the fee that Atletico are likely to demand for the forward. Tottenham has also been mentioned as a possible destination though a move to the Premier League this summer looks unlikely.

Spanish forward Alvaro Morata has returned to Madrid after Juventus were not willing to make his loan move permanent. Therefore, the striker is likely to be available this summer given that Atletico were keen to let him leave previously.

The 29-year-old was linked with a move to Arsenal earlier this summer but now that they have secured the signature of Gabriel Jesus, it is unlikely that Mikel Arteta will be keen on the former Chelsea striker. Wolves and Newcastle could be deemed as viable options given they are looking to bolster their attacks, though the player may demand European football.

According to The Times, France international Antoine Griezmann has been put up for sale by Atletico purely to fund a move for Ronaldo. The striker struggled last season and only scored three in 29 appearances, though a move to England could help him get his career back on track.

Tottenham could be tempted into pursuing the former Barcelona star if Harry Kane departs, or if Antonio Conte would like more options in the final third. Elsewhere, Chelsea may deem the versatile forward as an option following the departure of Romelu Lukaku, though Raheem Sterling was reportedly purchased with the intention of playing as a No 9. 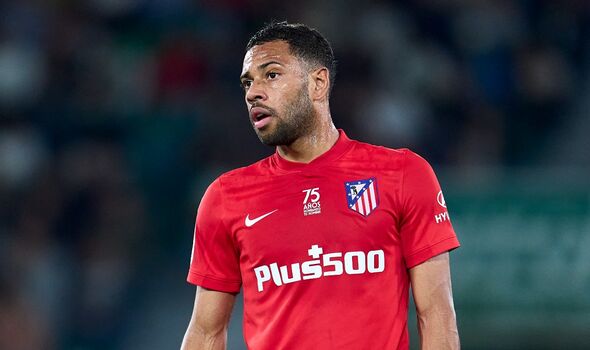 Left-back Renan Lodi impressed for Atletico Madrid last season, especially with his performances in the Champions League – and he will no doubt have captured the attention of several top sides. He is valued at £27m by Transfermarkt, which would go a long way to funding a move for Ronaldo.

Chelsea seems a logical destination for Lodi if they lose Marcos Alonso to Barcelona this summer, with Ben Chilwell recovering from a long-term injury. Manchester City could also turn their attention to the Brazilian after they saw a bid for Marc Cucurella of Brighton rejected recently.

Another Brazilian that could be forced out of the door to fund a Ronaldo bid is Matheus Cunha, who proved hot property last summer. The forward moved from Hertha Berlin to the Metropolitano Stadium last summer, with Atletico fending off interest from several Premier League clubs to secure his signature.

Leeds United were very keen on the 23-year-old and could be tempted to reignite that interest if the player was to become available, especially given their funds raised from the sales of Raphinha and Kalvin Phillips. Elsewhere, Newcastle may see Cunha as a solid long-term option to lead their line, especially with reports suggesting that the Toon Army are looking for replacements for Chris Wood.