Ryan Sessegnon joked that Antonio Conte would have killed him if he had failed to score Tottenham’s equaliser, his first Premier League goal for the club.

The next time, Sessegnon climbed above Kyle Walker-Peters and head another Kulusevski cross past Southampton keeper Gavin Bazunu to level at 1-1. 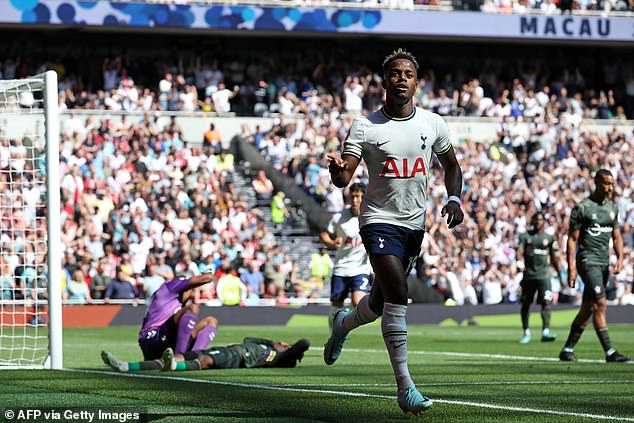 ‘Five minutes before we were really upset with him on the bench,’ chuckled Conte. ‘He has to attack the second post and find the right position. Then he scored and we were pleased and celebrated a lot because five minutes before he wasn’t in the same place to score.’

It promises to be a big season for Sessegnon, who took a personal trainer to Portugal for a week before pre-season, in a bid to bulk up, end his injury problems and impress Conte by competing for his place with new signing Ivan Perisic.

This performance was a good way to start. It was not enough to prevent Conte replacing him with Perisic but it earned him a standing ovation as he came off. 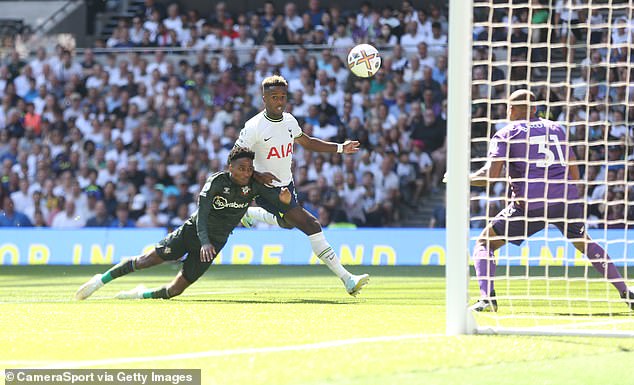 ‘It’s very important that we signed a player like Ivan Perisic,’ said Conte. ‘We are talking about a very important player in Ivan, a top player, and he can see the way to learn something.

‘Sometimes it’s good to bring into your team players even if they are a bit over-age. If they are a good player with experience, they can bring this experience to improve young players in your squad. I think Sess is doing this.

‘I was really pleased because today he played a good game. He’s working well and we are giving him stability in the physical aspect. He has potential but he has to show it.’ 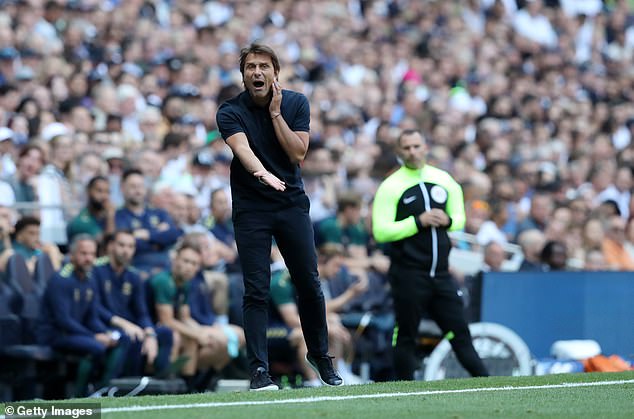