Chelsea are set to ramp up their attempts to capture a new attacker this summer as the clock ticks ever closer towards the closure of the transfer window. Having seen two bids worth up to £45million rejected for Anthony Gordon, the Blues are expected to return for the Everton winger, but amid reports the Toffees are holding out for £50m, Thomas Tuchel’s side may be better off targeting some cheaper alternatives.

Having allowed Romelu Lukaku to return to Inter Milan on loan and Timo Werner to rejoin RB Leipzig on a permanent basis, Chelsea find themselves in need of fresh firepower up front. With Todd Boehly intent on planning for the future and adding youth to the club’s ranks, 21-year-old Gordon has emerged as a key attacking target.

However, Everton’s resistance to allow their academy prospect to depart is likely to result in Chelsea shelling out a staggering fee in the region of £50m for the England Under-21 international. While it remains likely the Blues could seek to acquire further attacking options in addition to Gordon, it may well be wise for the west Londoners to consider cheaper alternatives.

With that in mind, Express Sport take a closer look at four players Chelsea could seek to sign for a smaller fee than the one being demanded by Everton for prized asset Gordon. And the list of options includes a Manchester United target. 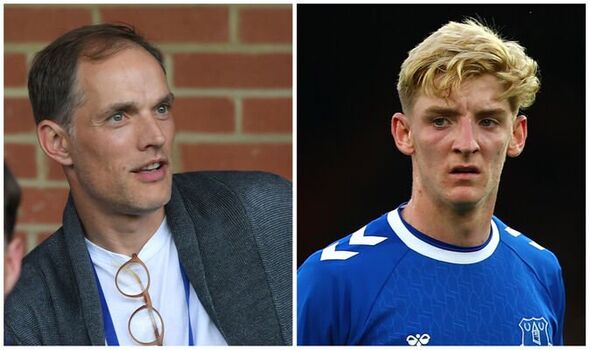 With a striker now top of Chelsea’s agenda heading into the final weeks of the transfer window, Barcelona forward Pierre-Emerick Aubameyang has emerged as something of a surprise target. The ex-Arsenal striker is a player Tuchel knows well from the pair’s time together at Borussia Dortmund and the Blues boss is thought to have been key in Chelsea’s attempts to persuade the Gabonese goal-getter to swap the Nou Camp for Stamford Bridge. Aubameyang is also said to be ready to snub United for Chelsea.

Talks are expected to have taken place on Thursday regarding personal terms with the current Barcelona forward, while the Blues are believed to be growing increasingly confident the cash-strapped Catalan club will accept the latest offer. At a rumoured £24m, Aubameyang could well be captured for half the price being touted for Gordon.

Another attacking alternative who Tuchel knows well and who could prove a cheaper alternative to Gordon is Paris Saint-Germain striker Mauro Icardi. The Argentine was branded “super reliable and very professional” by Tuchel back when the Chelsea boss was in charge of PSG and a reunion in west London could be of benefit to all parties.

While the Blues are in need of fresh firepower, Icardi has found he has fallen down the PSG pecking order, with the likes of Kylian Mbappe, Neymar, Lionel Messi and new signing Hugo Ekitike all ahead of him in the club’s striking hierarchy. With Icardi thought to have been deemed surplus to requirements in the French capital, and with less than two years left on his contract, the 28-year-old is likely to be available for a snip this summer. 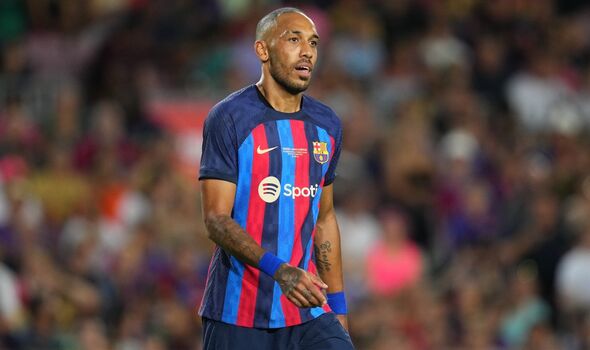 In addition to Gordon, another Premier League winger who has been linked in passing with Chelsea this summer is Crystal Palace talisman Wilfried Zaha. In the past, the Eagles have priced the player’s suitors out of moves. However, with the Ivorian having entered the final year of his contract at Selhurst Park, this could be the last chance for Palace to cash in on their prized asset before potentially losing him on a free transfer next summer.

The 29-year-old has proven his worth in the Premier League time and time again and is likely to be tempted by a move to Chelsea in order to appease an unfulfilled desire to test himself in the Champions League in the biggest games on the biggest stage. The Blues could even look to include Callum Hudson-Odoi or Conor Gallagher within a deal to further reduce the fee or persuade Palace into selling. 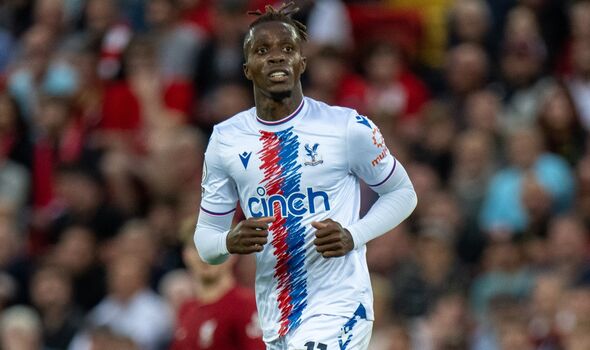 Under Boehly’s ownership, Chelsea have made a point of signing young talents for the future and Wolves winger Pedro Neto is another who would certainly fit the bill. Despite seeing serious injury derail his 2021-22 campaign, the 22-year-old reportedly remains on the radar of many top Premier League teams – Chelsea included.

Like Gordon, the Portuguese international is something of a wing wizard with Premier League pedigree. Transfermarkt currently value the Wolves wideman at just shy of £29m, however, with Neto having penned a fresh five-year deal as recently as March, it seems unlikely the Midlanders will allow him to leave on the cheap. Having said that, Bruno Lage’s side have just added Goncalo Guedes and Matheus Nunes to their ranks in pricey deals, so they could well consider cashing in on Neto to offset their summer spending.