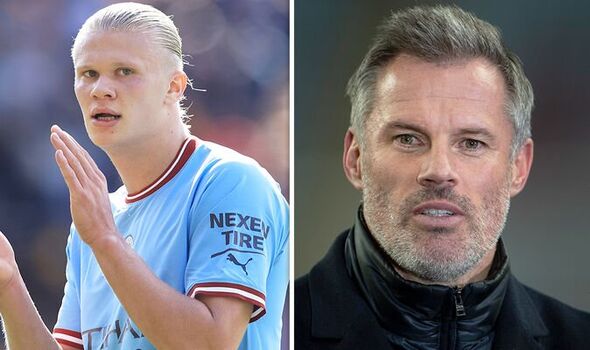 Jamie Carragher has singled out Gabriel Jesus and Erling Haaland as the two standout players in the Premier League so far this season. Jesus has helped Arsenal to the top of the table, while Haaland has already netted 11 times for Manchester City in seven league appearances.

Both strikers moved clubs in the summer. City completed a deal for Haaland early on in the window from Borussia Dortmund.

Jesus felt his game time would be further restricted at the Etihad and accepted a move to the Gunners. He has scored four goals so far and despite not being as prolific as Haaland, there is no doubting the impact he has had on Mikel Arteta’s side.

Jesus is finally being given the chance to be a starting striker week in week out, while Haaland has become the No 9 City have been looking for since Sergio Aguero’s exit. Carragher has been seriously impressed by the pair.

Guardiola: Haaland cannot win Champions League for Man City on his own

He told talkSPORT: “I think it’s been a brilliant start to the season, I’ve really enjoyed it. Obviously Haaland’s the standout one, him and Jesus I think have been absolutely electric and been fantastic.”

Haaland and Jesus arguably face their toughest tests of the season so far next time out. City host Manchester United next Sunday, while Arsenal face Tottenham the day before at the Emirates.

Meanwhile, Carragher has described Fulham as the surprise package so far this season. The Cottagers currently sit sixth in the table, with three wins from their seven matches following promotion from the Championship last term.

Carragher’s beloved Liverpool are struggling, having won just two games. But he hopes there is a turnaround in their fortunes after the international break. 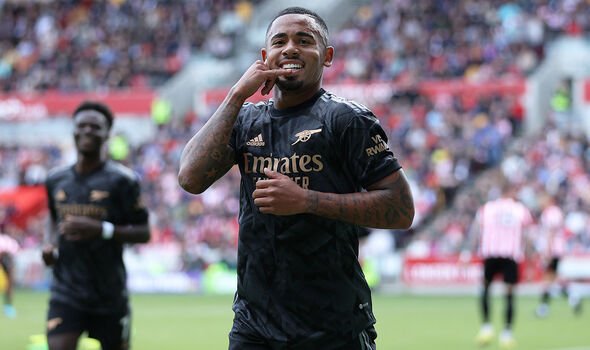 He added: “I think in terms of maybe a surprise package, Fulham have done really well. I’m a big fan of the manager, Marco Silva, it didn’t quite happen for him at Everton but the job he did at Hull and Watford when he first came in, I think he’s a really good manager and I think Fulham will stay up.

“So it’s been exciting, my team have not started as well as we’d all have liked. I think there will be a big change when we get back, hopefully.”

Fulham face Newcastle in their first match after the international break, while Liverpool host Brighton.