Brenden Aaronson shines for Leeds in preseason with three assists

USMNT’s $31m young midfield star Brenden Aaronson shines for new club Leeds in their final preseason friendly as ‘Medford Messi’ supplies THREE assists, including sublime pass with the outside of his right foot

Brenden Aaronson is looking like a perfect fit in his early days at Leeds, as the 21-year-old American laid on three assists Sunday in the club’s 6-2 friendly win over Serie B’s Cagliari.

The midfielder’s first assist of the night was his best, as he picked up the ball near Leeds’ own box before racing away from a defender and using the outside of his foot to put the ball right into the path of striker Patrick Bamford.

He later dinked in a cross for Rodrigo to finish, before finding the head of Robin Koch off a free-kick for the last goal of the game. 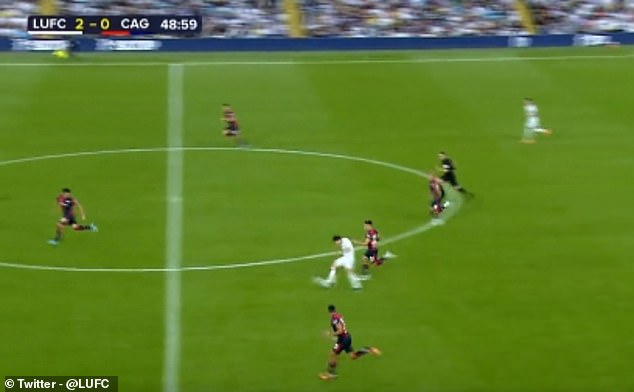 Brenden Aaronson supplied three assists in Leeds’ 6-2 win Sunday, including sublime outside of the boot pass

He arrives via a successful stint in Austria, where he made 41 appearances in all competitions last season, and has the workrate to thrive in Leeds’ aggressive pressing system.

Aaronson signed officially with the club on May 26, just four days after Leeds beat Brentford 2-1 to secure survival in the Premier League. 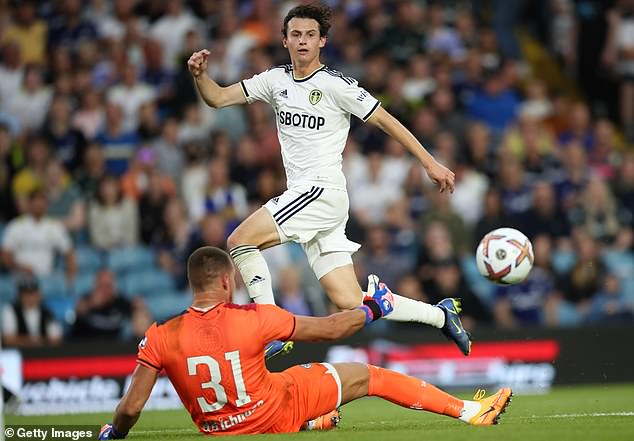 Aaronson’s signature, for which the club paid $31million, had been contingent on the club avoiding relegation.

The midfielder’s international teammate Tyler Adams has also been settling in after a move from RB Leipzig in July.

He, Aaronson and the rest of the Leeds squad will began their Premier League season by hosting Wolves on Saturday.