Ben Foster has faced countless penalties in countless venues during his 21 years in professional football, but the middle of an east London shopping centre is a new one to him.

Being tested by members of the public from 12 yards – give or take – at Westfield City shopping centre in Stratford is a relaxing change of pace. The calibre of spot kicks is also a little different to what he’s used to.

The 39-year-old has foiled some of the best in the business. Steven Gerrard, Roberto Firmino and Raheem Sterling are among the 13 to have seen their efforts kept out by the former England international. Pierre-Emerick Aubameyang was also foiled last November at the Emirates. 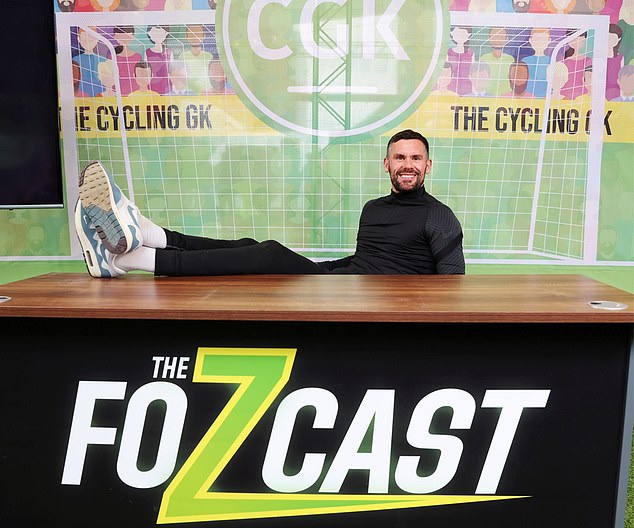 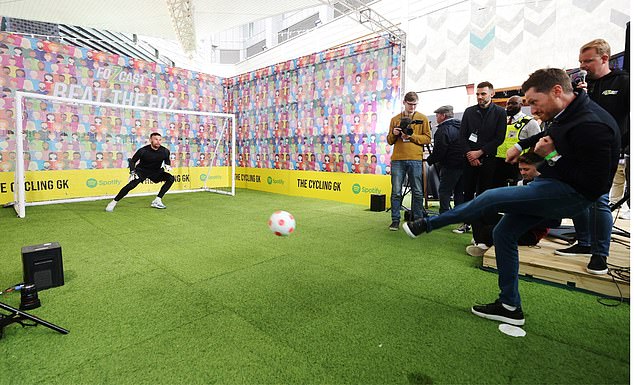 There are some, though, that you just don’t get to. The toughest this season?

‘It was at Anfield, it was Fabinho,’ Foster tells Sportsmail.

‘Liverpool are 1-0, it was the 90th minute and they got a penalty. It was never a penalty either!

‘Fabinho stepped up. On the pitch at the time you’ve got Mo Salah, you’ve got Mane, all the big boys – Thiago in midfield. I’m thinking he’s got to be some penalty taker if he’s the one. They must really trust him.

‘Fair play to him, my god. I went the right way, I went early, went super hard, hard as I could – right in the top corner. Beautiful penalty. Absolutely nowhere near it.’

According to research by InStat, the average success rate of penalties in the professional game is 75 per cent. Goalkeepers, on average, save around 18 per cent of efforts they face. 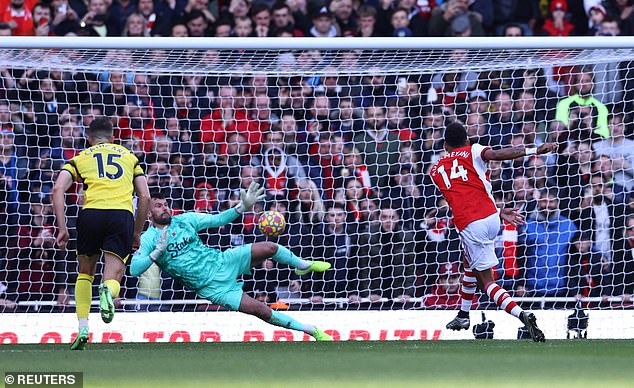 It’s clear then that the odds are stacked against them. It is why it’s so important they take every possible advantage they can.

‘We obviously do a lot of research. Whoever we’re playing against,’ says Foster.

‘We’re playing Burnley on Saturday. We will get all the penalty takers – there’s normally two or three in each team. We’ll get all of their last 10, 15 penalties, we’ll then watch every penalty they take. That’s the bit where you need to do your homework. You need to watch for a little tell, a little giveaway.’

‘We were at home to Blackburn Rovers last season and their penalty taker was Adam Armstrong, who’s now at Southampton,’ Foster continues.

‘He did the side step and as soon as he did that I thought: “Oh, I’ve got to go that way now”, and thankfully he did. Made the penalty save. It’s pretty cool when your homework pays off.’ 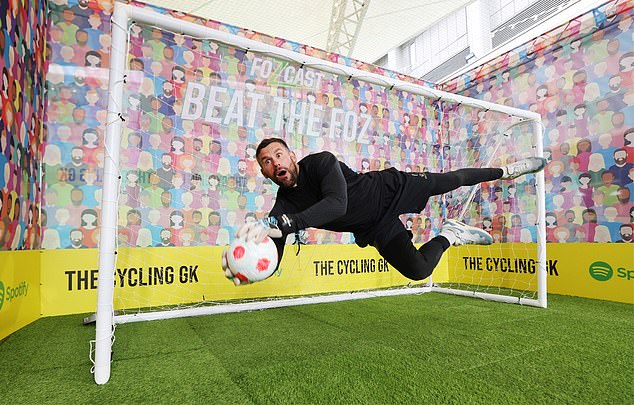 Foster opened up on his tactics to save penalties, including research and looking for tells

Foster’s eye for detail has been well documented. During the 2009 Carling Cup final for Manchester United, his use of an iPad to research Tottenham penalty takers gained a lot of attention. ‘It was massive news at the time, it was mad really,’ he adds. His last-minute research helped him block Jamie O’Hara’s effort and United went on to win the shoot-out 4-1.

It is his inclination towards innovation that has brought him here today, too. Foster launched the Cycling GK Youtube channel during lockdown in 2020, offering fans a look behind the scenes of training and matchdays as a professional footballer.

Such was the traction that a podcast has been launched off the back of it. Fozcast – The Ben Foster Podcast, has just been snapped up exclusively by Spotify. Recent guests include Leicester’s Kasper Schmeichel and Arsenal’s Aaron Ramsdale.

‘Lockdown was the thing for me that got me thinking about doing stuff like this,’ he says. ‘I was doing a lot more media, anyway. Everyone was sort of craving content; interviews, podcasts, all that kind of stuff. That was what perked my interest of “oh I actually don’t mind talking to be fair”.

‘At first the lads were a bit like “why have you got a camera in the changing room? It’s weird, stop it”. And then they started to see the videos and then they realised it was all good, it was sound, it was safe. I’m not showing anything dodgy!

‘We met so many people in the Youtube world, in the sporting world. I was like: “Why don’t we just try do our own podcast?” It’s so easy to do. Not only that, but you learn so much. 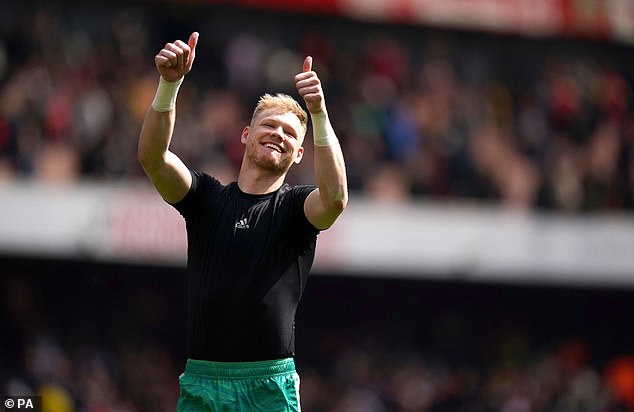 ‘We have to do a bit of research for every guest you have on. But when you’re actually doing the podcast you always find out a bit more.

‘Especially with the Cycling GK, I’ve shown what it looks like behind the scenes to be a footballer, the peak behind the curtain. People just want more accessibility these days.’

Foster backs those calls for more access for fans, and has his own ideas on what the next steps could be – including body cams and heart monitors.

‘I want to start seeing people wearing cameras in games,’ he says.

For now though, we’ll have to suffice with what Ben Foster, and his podcast, are saying.

New episodes of ‘Fozcast – The Ben Foster Podcast’ are added to Spotify every Sunday. To listen in, please visit the official site here.