Atletico Madrid took a giant step towards the La Liga title in dramatic circumstances by fighting their way back to beat Osasuna 2-1 at home on Sunday thanks to a late strike from Luis Suarez.

Atletico dominated the game and hit the woodwork twice in the first half before having two goals ruled out for offside but fell behind in the 76th minute when a bullet header from Ante Budimir crossed the line before Jan Oblak could punch it away.

Atletico hit back with an emphatic finish from substitute Renan Lodi in the 82nd minute while top scorer Suarez completed the comeback by firing home from inside the area in the 88th. 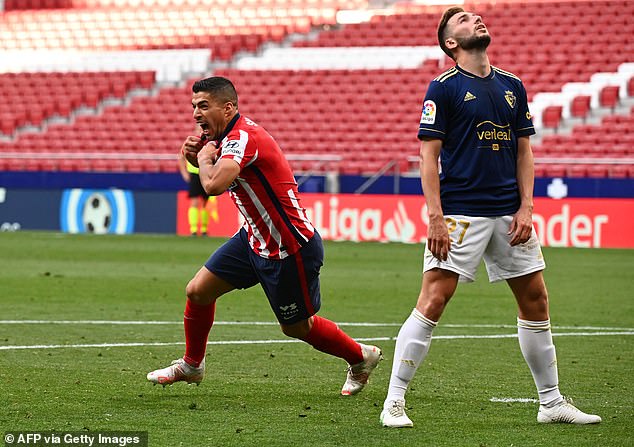 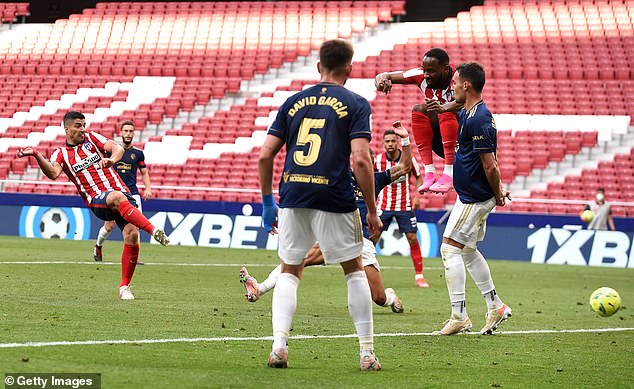 Diego Simeone’s side nearly conceded an equaliser deep into added time though when Chimy Avila caught sight of goal but Oblak got across to parry before grabbing the ball with both hands.

The victory took Atletico on to 83 points after 37 games, two ahead of second-placed Real Madrid who won 1-0 at Athletic Bilbao.

Atletico visit Real Valladolid on the final day of the season next Sunday while Real host Villarreal. 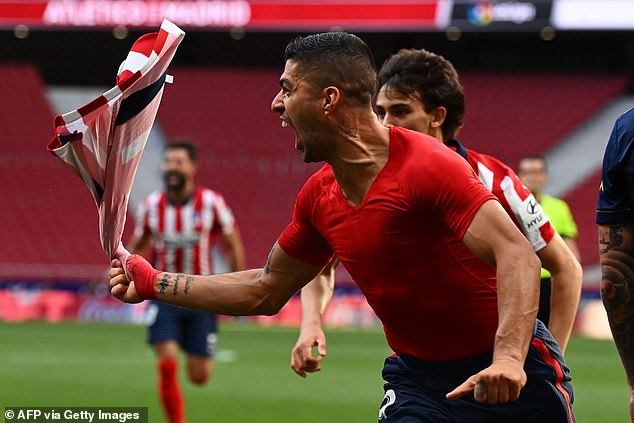 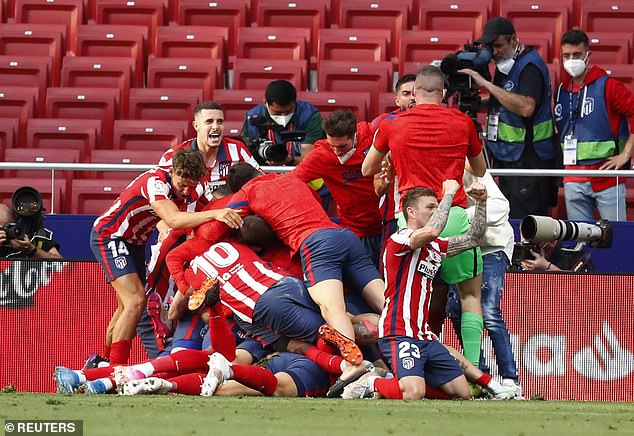