Mikel Arteta praised Arsenal’s grit after they began the Premier League season with an impressive victory at Crystal Palace on Friday.

Gabriel Martinelli scored the opener at Selhurst Park before a late own goal from Marc Guehi secured Arsenal three points – and ensured they avoided a repeat of last season, when an opening-night defeat by Brentford put them on course for their worst start in 67 years.

‘We had tough periods during the match. We showed resilience to get through them, and I am really positive. 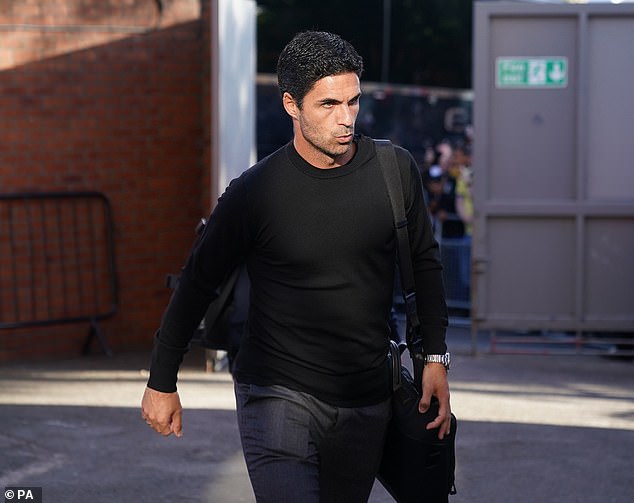 ‘You don’t win here without it. We started in a really different way to the way we did last season. Finding a way to get through these moments is going to be vital for us.’

Arteta added: ‘The most important thing is to win the first match, to build confidence and momentum, and then you can talk about things we need to improve – there were quite a few, to be honest.

‘The way we started the game and played in the first half hour was superb – we should have scored more… to win here, you need to suffer – we’ve done it and that’s part of the mentality we want to build, to come to places like this and win.’ 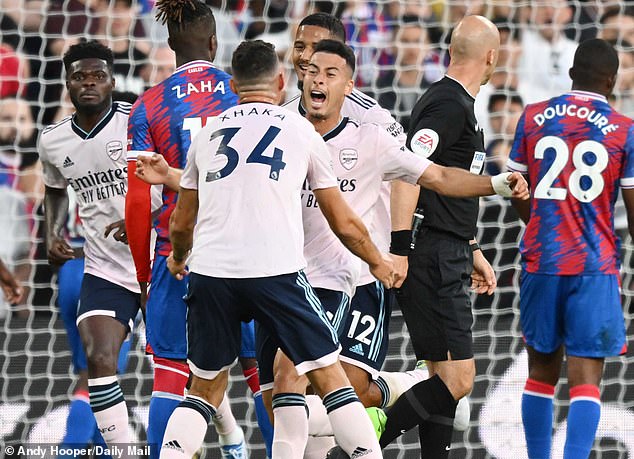 All three impressed, with Saliba named man of the match after an imperious display to help the visitors keep a clean sheet.

‘You don’t really see a debut at 21-years old in the Premier League against physical opponents, with that composure, calmness and presence,’ Arteta said. ‘He has now proved that he is ready.’

Jesus, Arsenal’s new £45million striker, also shone with the manager claiming: ‘The game he played right from the start is just a nightmare for defenders.

‘He is electric, he never stops, he is always on your shoulder, he is ready to go with and without the ball and I am really pleased with his performance.’

Arsenal struggled to cement their early advantage, however, meaning it remained 1-0 until five minutes from time. Palace were pushing for an equaliser until Guehi deflected home Bukayo Saka’s cross.

‘We need to be more ruthless in front of goal, we lack that edge but that is something that has to come.’ Arteta added. 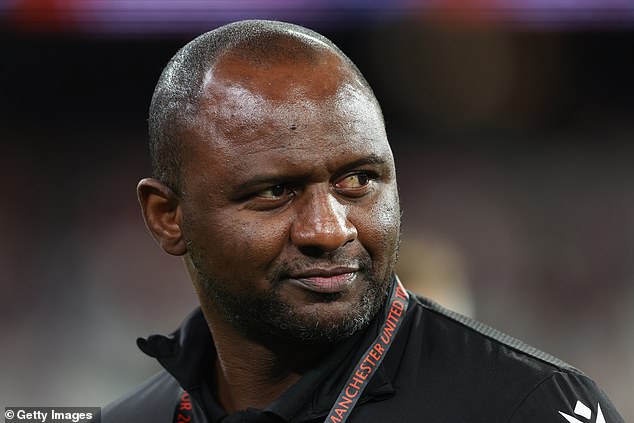 Palace boss Patrick Vieira was left to rue missed opportunities at the other end.

‘The two goals we conceded were poor. And then when we had good moments, the momentum, we created two really good chances to get back into the game and we didn’t take them… (that) cost us the game.’